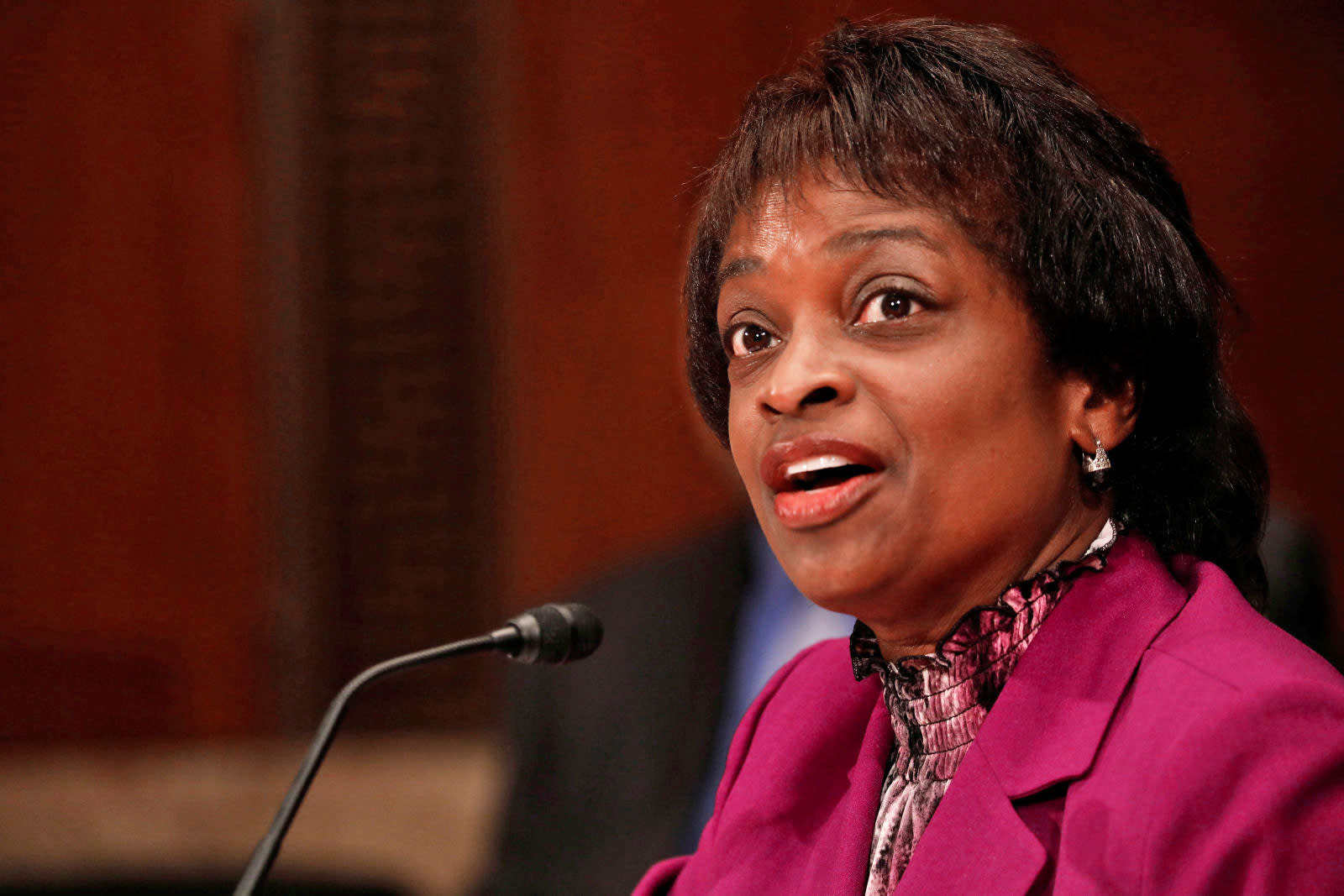 FCC Commissioner Mignon Clyburn has announced that she will be stepping down from the commission following a tenure that featured a strong advocacy of net neutrality. Commissioner Clyburn shared her plans to leave the commission during an FCC meeting today. Appointed to the commission in 2009 by Barack Obama, she also held the position of Acting Chairwoman in 2013 prior to Tom Wheeler's appointment as Chair.

Not only did Commissioner Clyburn support and help author the net neutrality regulations put in place in 2015, she was also vocally against their repeal last year saying during the FCC vote, "I dissent. I dissent from this fiercely-spun, legally-lightweight, consumer-harming, corporate-enabling Destroying Internet Freedom Order." During a conversation with us at CES this year, she did express hope that we haven't seen the end of net neutrality just yet. "I am an eternal optimist that the people's voices and opinions will reign supreme," she said, "and I'm looking forward to that day."

During her statement today, Clyburn said, "It's been the most incredible opportunity for me. In my wildest dreams, if I could have crafted my destiny, I never would have dreamed of this." She added, "I've done my very best and met the most incredible people on the planet in this building. I've had the opportunity to make a difference to people who did not believe government was here to serve. So I want to thank all of you for making that possible and more. I want to thank all of your for raising and nurturing me and honestly, some of the lessons I could have done without, but most of them really, really helped me to be the person I've become." She received a standing ovation after her announcement.

Commissioner Rosenworcel said in reply, "You do it in style. I want to say goodbye to a real dynamo at the FCC. Someone who has been my partner in the public interests. Someone I am proud to call a colleague and a friend. And I want you to know that the things you care about, the fights you fought, and the legacy you leave, I consider it a duty of all of us to make sure it stays intact. So thank you."

Gigi Sohn, co-founder of Public Knowledge and a counselor to former FCC Chairman Tom Wheeler, expressed her support of Clyburn's work during her time at the FCC. "Mignon Clyburn will go down in history as one of the best FCC Commissioners of all time. For nearly 9 years, she has been a vocal and passionate advocate for the public interest and defender of the most vulnerable in our society," Sohn said in a statement. "She has traveled the country, listening to ordinary Americans and using their stories to help shape policies that ensure universal access to affordable and open communications networks. From Lifeline to prison phone reform to media ownership and net neutrality, Commissioner Clyburn has been a leader and a model for future leaders of the agency. She will be sorely missed at the FCC, but will continue fighting for the ability of all Americans to benefit from everything broadcasting, cable and broadband enables."

Chairman Ajit Pai said in a tweet, "You leave behind a rich legacy and many friends. Godspeed and thank you for your public service." He said during the meeting, "You led with distinction and served with honor."

Congratulations to @MClyburnFCC on your distinguished tenure at the @FCC, including serving as 1st woman to lead the agency! You leave behind a rich legacy and many friends. Godspeed and thank you for your public service.

"I congratulate Commissioner Clyburn on her distinguished tenure at the FCC," Pai added in an official statement. "She has been a tremendous leader and a committed public servant throughout her time here. As the first woman to head the agency, she led skillfully through a transition and put her on stamp on the commission, including through her steadfast leadership in telehealth, media diversity and digital inclusion. I have enjoyed working with her and, even when we have not seen eye-to-eye on policy, I have always held her candor and thoughtfulness in the highest regard. She's been a wonderful colleague and friend. I wish her nothing but the best and sincerely thank her for her service."

Clyburn noted that she hadn't informed her parents that she would be stepping down today. "I forgot to tell my mom I was doing this so I'm in a lot of trouble," she said.

Due to repeated violations of our rules and guidelines, the comment section to this article has now been closed.

In this article: ajitpai, CES, FCC, gear, MignonClyburn, NetNeutrality, politics
All products recommended by Engadget are selected by our editorial team, independent of our parent company. Some of our stories include affiliate links. If you buy something through one of these links, we may earn an affiliate commission.
Share
Tweet
Share