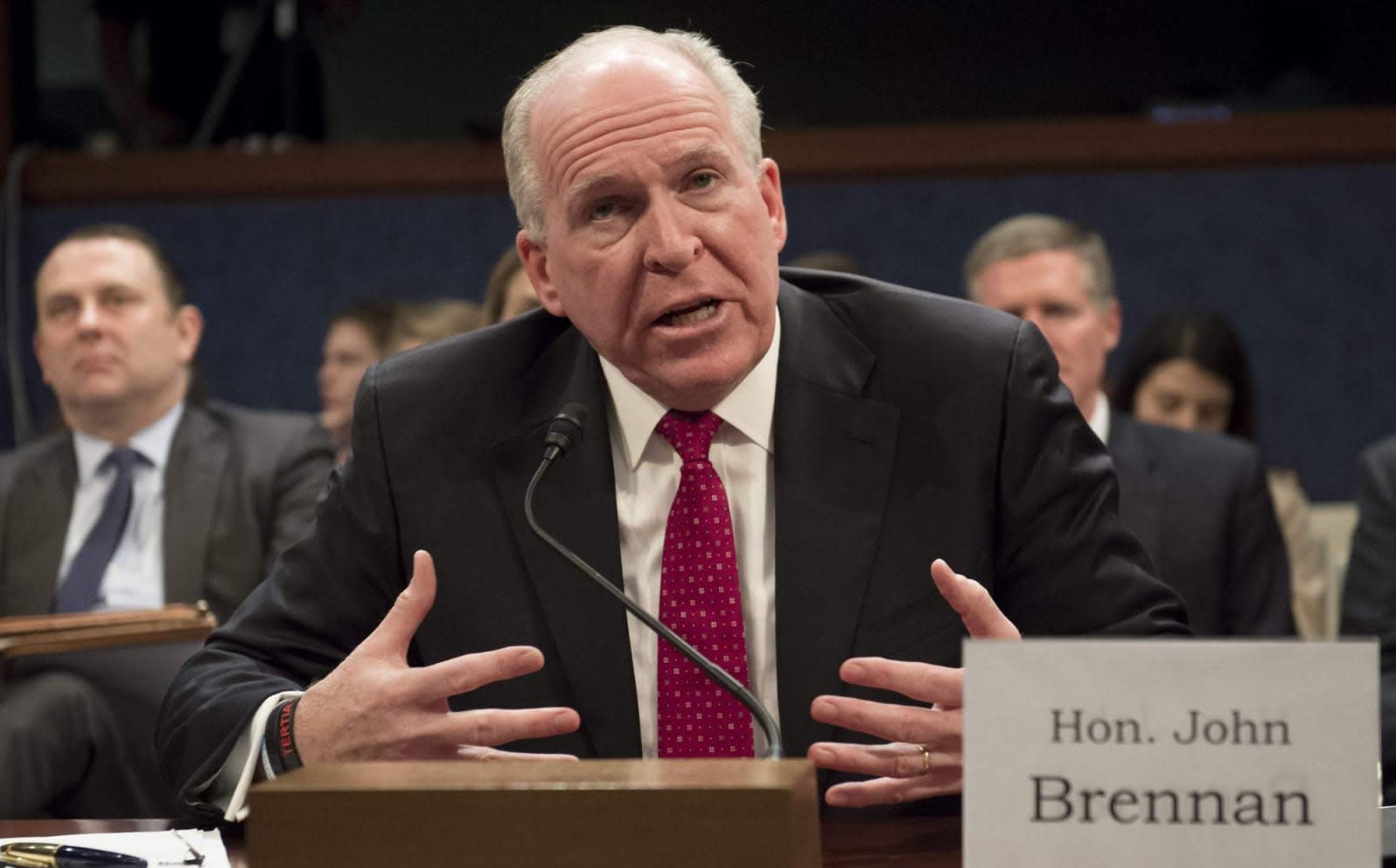 The teenager who founded the hacking group that broke into ex-CIA chief John Brennan's email has been sentenced to serve two years at a youth detention center. Kane Gamble went by the alias "Cracka" when he and his group "Crackas With Attitude" targeted top US officials, including FBI deputy director Mark Giuliano, Director of National Intelligence James Clapper and their families and colleagues, a few years ago. Authorities arrested the UK native in early 2016, and he pleaded guilty to 10 hacking charges in October 2017. In addition to sentencing the now-18-year-old to two years in prison, the judge also ordered his computers to be seized.

CWA's MO is called "social engineering" -- they'd impersonate their victims and call internet and phone providers' customer support hotlines in order to get confidential info and to reset their targets' passwords. The group stole 40 attachments from Brennan's email, some of which were published by Wikileaks. They also broke into Clapper's and his wife's emails, home phone and internet connection. While in control of Clapper's FIOS connection, they said they redirected all calls to his number to the Free the Palestine movement. The group stole and leaked the contact info of 20,000 FBI personnel, as well.

After Gamble and another 15-year-old CWA member were arrested in 2016, the remaining members told Motherboard that they will only stop their activities if the US cuts ties with Israel. Gamble's lawyer said he never meant traumatize people on an individual basis: "In a naive, immature and childish way," the lawyer said in court, "he thought he could do something about it, he could make a nuisance of himself by targeting people in America and that would somehow get them to change US policy as a result of what he was doing from his bedroom." The judge, however, disagreed, calling CWA a "cyber gang" that ran "an extremely nasty campaign of politically-motivated cyber terrorism."