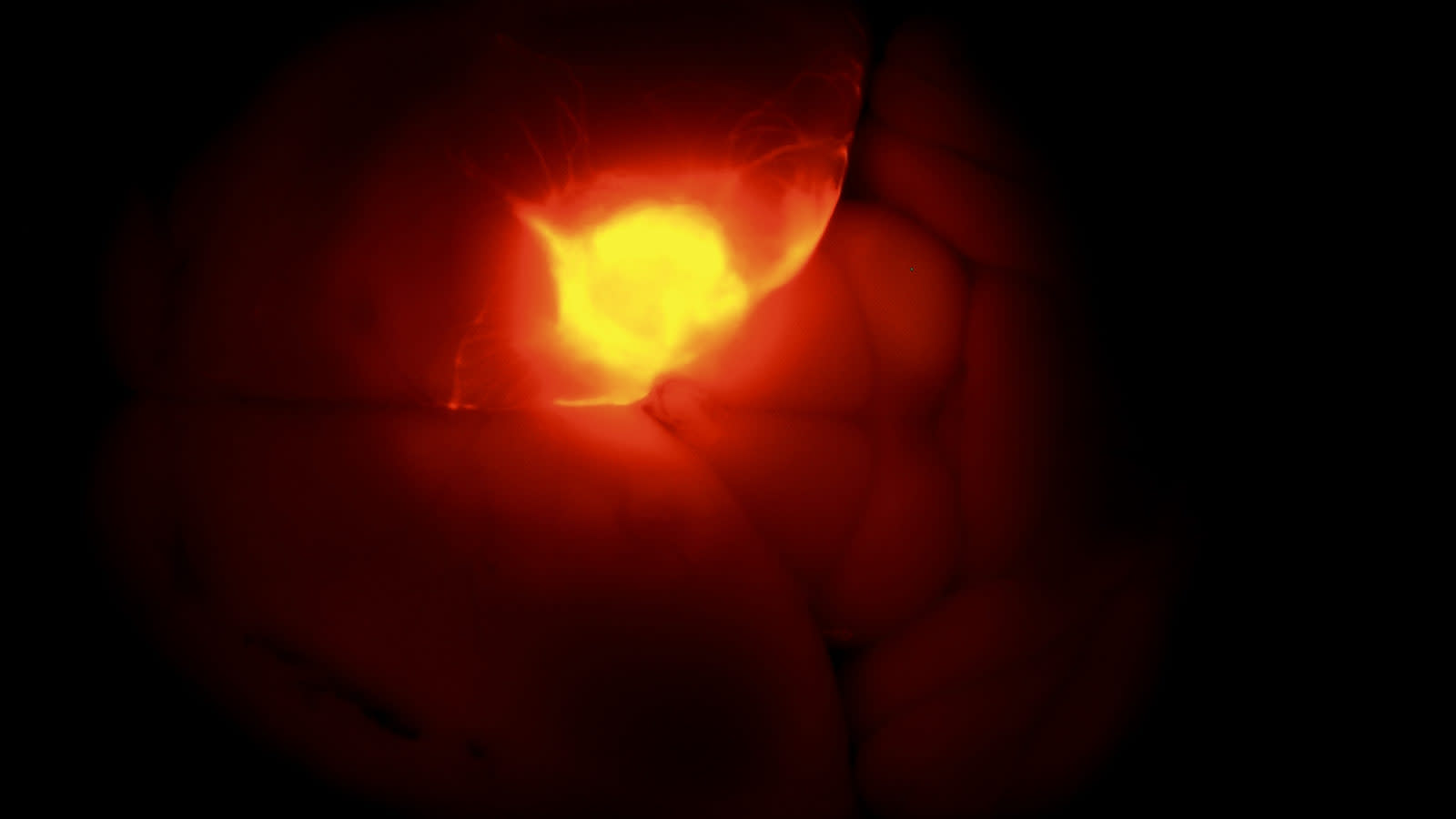 Brain "organoids" made from stem cells are a promising way to study the brain, but the longest they've survived in a petri dish is just five weeks. Researchers from the Salk Institute recently implanted a bean-sized brain organoid into a mouse, and covered it with a transparent window. The material was able to get a blood supply from the mouse and survived for up to 233 days, displaying the same properties and growth as if it were in a newborn. It's a big advance for organoids and could help scientists study and treat mental illness and brain injuries.

The Salk team figured they could keep the cells alive for a longer period if they could just get a consistent blood supply to them. So, they removed a small amount of mouse brain tissue and grafted the organoids into a blood-vessel-rich part of the mouse brain. For the first time ever, vessels formed with blood flowing through them, and the organoid developed new neurons and neuronal support cells called astrocytes.

Amazingly, the grafted neurons formed connections to themselves and the host organ, another first, and fired together in a synchronized way. "This indicates that the increased blood supply not only helped the organoid to stay healthy longer, but also enabled it to achieve a level of neurological complexity that will help us better understand brain disease," said Salk researcher Abed AlFattah Mansour.

So, did the human brain tissue make the mice any smarter or self-aware? No, unfortunately (or fortunately, depending on how you look at it). After a day, the human brain-implanted mice made fewer mistakes in a maze, but just a day later, they performed the same as normal mice.

The purpose, in any case, was not to make smarter mice, but advance organoid research so that it could be used to treat humans. Scientists believe that by successfully growing them in lab animals, they can better understand how the human brain develops -- both normally and when illnesses occur. "This work brings us one step closer to a more faithful, functional representation of the human brain and could help us design better therapies for neurological and psychiatric diseases," said senior author Rusty Gage.

In this article: BrainTissue, medicine, Mice, Organoids, Organs, SalkInstitute, tomorrow, transplant
All products recommended by Engadget are selected by our editorial team, independent of our parent company. Some of our stories include affiliate links. If you buy something through one of these links, we may earn an affiliate commission.