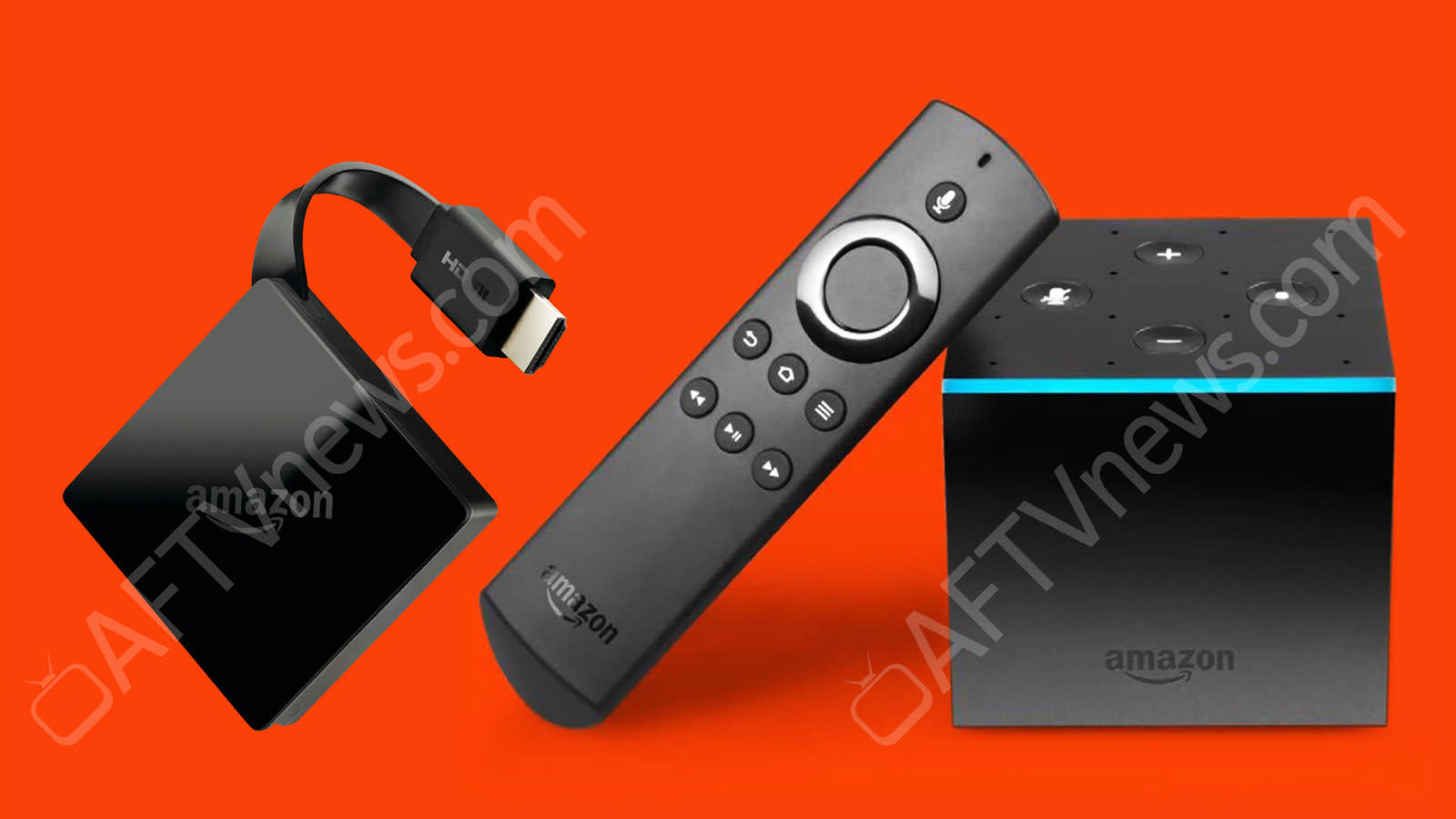 The next-generation Fire TV might take on a cube-shaped form. AFTVNews has discovered a page on Amazon's website where you can sign up to receive more info about a certain "Fire TV Cube." While the page is pretty much empty other than the words "What is Fire TV Cube?" and the promise of more details coming soon, it could be all about the box-like device the same publication leaked last year. Back in September, AFTVNews published the photo you can see above. It said the boxy contraption on the right is some sort of a Fire TV-Echo Dot hybrid with hands-free Alexa support.

To be able to control current Fire TV devices with Amazon's voice assistant, you need to use its accompanying voice remote or a separate Echo speaker. You apparently don't need either with the cube-like device, and since it has a built-in speaker, you'd even hear Alexa's responses even if the TV isn't switched on. The device will reportedly be able to handle 4K HDR video, as well.

Of course, we can't say with 100 percent certainty whether that's truly what the "Fire TV Cube" is. As AFTVNews noted, it's also unclear whether "Fire TV Cube" is an official name or something Amazon decided to use for now, since that's what fans call the device in the leaked image. Your best bet is to sign up to receive more info and hope that the e-commerce giant sends out one with all the juicy details in the near future. Update: A reader sent us scans of the manual that came with his Amazon Ethernet adapter, and one of the pages showed an illustration of the Fire TV Cube. The ports on the device's back are marked as "Infrared" "HDMI" and "Power," while the micro-USB port is marked "Network," which likely means it can't power the device through the TV -- you'll have to plug it into an outlet. Between the sign-up portal and this page in the manual, we might be seeing the Fire TV Cube very, very soon. [Thanks, P.L.!] In this article: alexa, amazon, echo, echodot, firetv, firetvcube, gear, home
All products recommended by Engadget are selected by our editorial team, independent of our parent company. Some of our stories include affiliate links. If you buy something through one of these links, we may earn an affiliate commission.