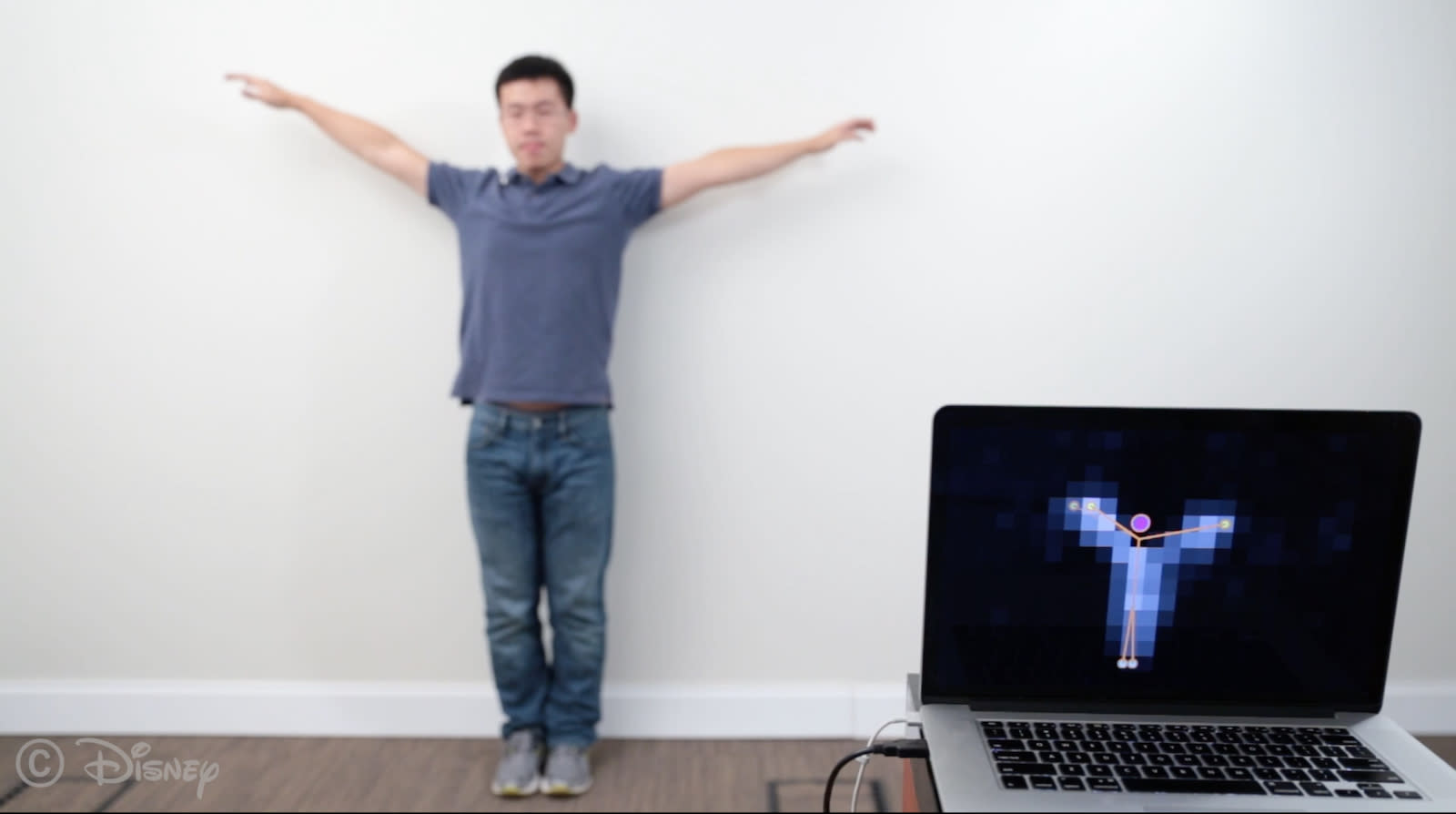 Researchers at Carnegie Mellon University and Disney Research Pittsburgh think we can do more with our walls. In a research paper they're presenting this week at the ACM CHI Conference on Human Factors in Computing Systems, they present a way to turn all of the static walls that do little more than separate spaces into sensing, interactive, smart pieces of infrastructure. The result of their work is a prototype of Wall++, a wall that can track touch and gestures, sense nearby bodies and their positions as well as detect and locate active appliances.

To make the wall -- and keep it inexpensive and simple to construct -- the researchers tested various conductive paints, the best way to apply them, whether a topcoat was beneficial or a hindrance, how to connect the wall electrodes, the best electrode pattern and how to optimize antenna sensitivity. Following these experiments, the team chose to use water-based nickel paint applied to the wall in a diamond pattern with a roller. They used copper tape to connect the electrodes, vinyl stickers as insulation and latex paint as a topcoat.

Once the wall was constructed, it was able to detect touch and hovering, estimate the pose of a person standing near it, determine when appliances were running and, in general, where. When they were wearing wristbands that emitted a constant 1.5 MHz signal, the wall was also able to generally track individuals. You can see the wall in action in the video below.

It's an interesting concept and it could allow walls to take on some useful features. The researchers describe how Wall++ could function has a control panel, allowing users to touch it to turn lights on and off, unlock a door or control music. And it could offer slider-like input, giving more nuanced control over lighting levels, temperature and music volume. The pose tracking feature could be used in conjunction with video games and the appliance activity recognition could, for example, allow for automatic adjustments of lighting and window blind position when a TV is turned on.

The work is just a proof-of-concept study and there's more research to be done in order to optimize it. But it's a rather simple and relatively low cost setup (as is, it cost just over $21 per square meter) that could introduce some function to our walls.

In this article: gadgetry, gadgets, gear, home, MotionTracking, research, smart, TouchSensor, video, wall
All products recommended by Engadget are selected by our editorial team, independent of our parent company. Some of our stories include affiliate links. If you buy something through one of these links, we may earn an affiliate commission.