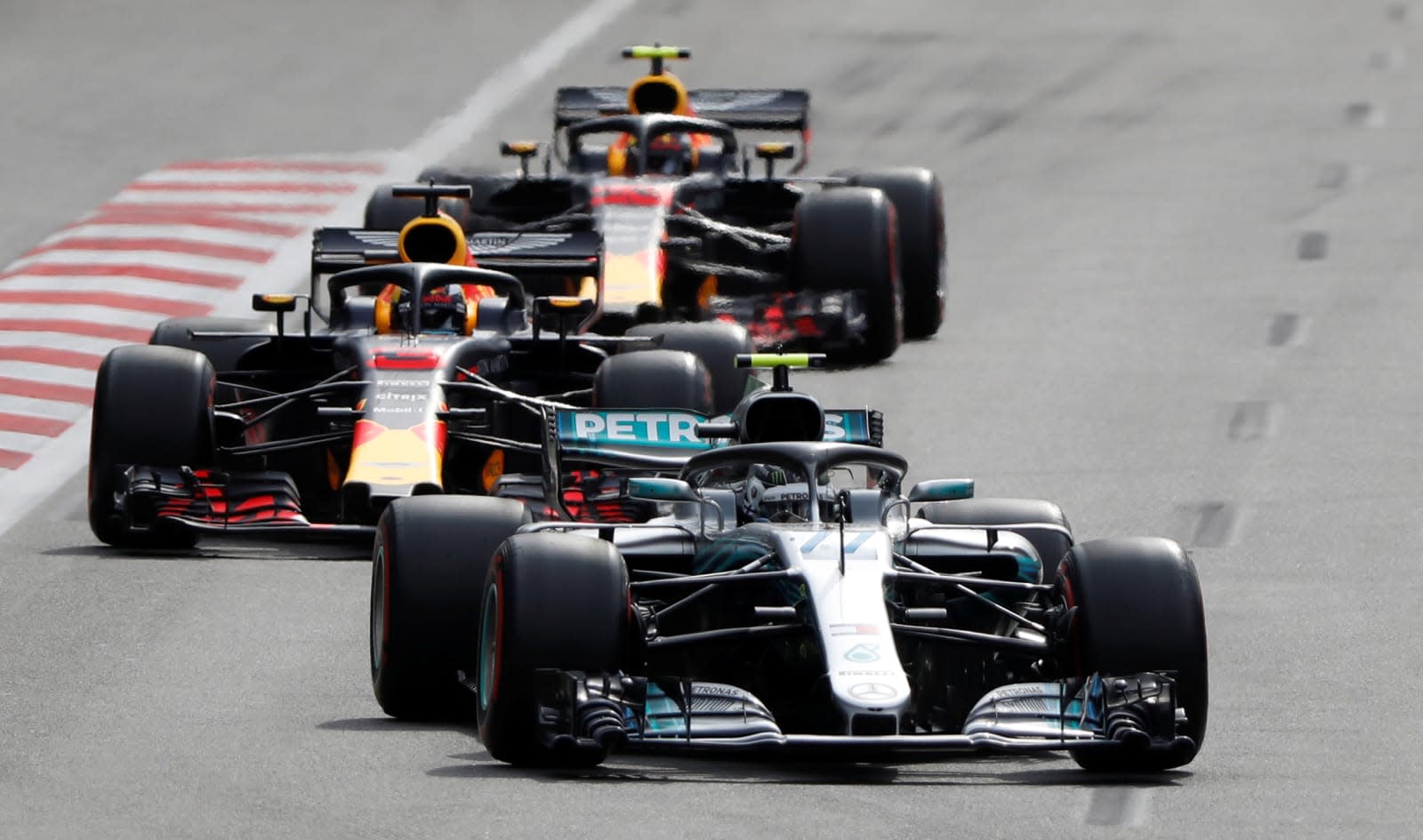 Twitter wasn't kidding when it promised a flurry of video. The social network has announced more than 30 video deals, including a slew of live shows. To begin with, Twitter has landed a Formula 1 deal: The @f1 account will stream a live post-race show (sorry, no live races) with both key interviews and panel discussions with luminaries like Nico Rosberg. The first of ten shows will premiere after the Spanish Grand Prix on May 13th, and you'll also find on-demand race highlight clips.

On top of this, Twitter has divulged details of two of ESPN's sports shows. SportsCenter Live is a "Twitter take" on ESPN's signature news show that will offer breaking news through Twitter's Moments feature. Fantasy Focus Live, meanwhile, translates the channel's fantasy sports podcast to a livestreamed morning series.

Other highlights? Twitter's still-fresh MLB streaming deal is expanding to include a show discussing the All-Star Game and the playoffs, while the MLS pact now includes the Homegrown Game. Vice News is launching a live show, The New Space Race, that will cover the competition between private outfits like SpaceX and Blue Origin. There's also a range of originals focusing on women's experiences, with creators like the Huffington Post (Crash the Party), History and Vox Media (Divided States of Women). And did we mention shows from NBC Universal and Viacom?

Twitter is certainly no stranger to video from big names. The scale of the announcement is significant, though. The social site is now a large enough destination for video that it can launch programming slates with the sizes you'd expect with traditional TV. It's still not at the point where it would replace TV, but the gap is narrower than it once was.

In this article: disney, entertainment, espn, fia, formula1, internet, livenation, sportscenter, sportscenterlive, streaming, television, tv, twitter
All products recommended by Engadget are selected by our editorial team, independent of our parent company. Some of our stories include affiliate links. If you buy something through one of these links, we may earn an affiliate commission.