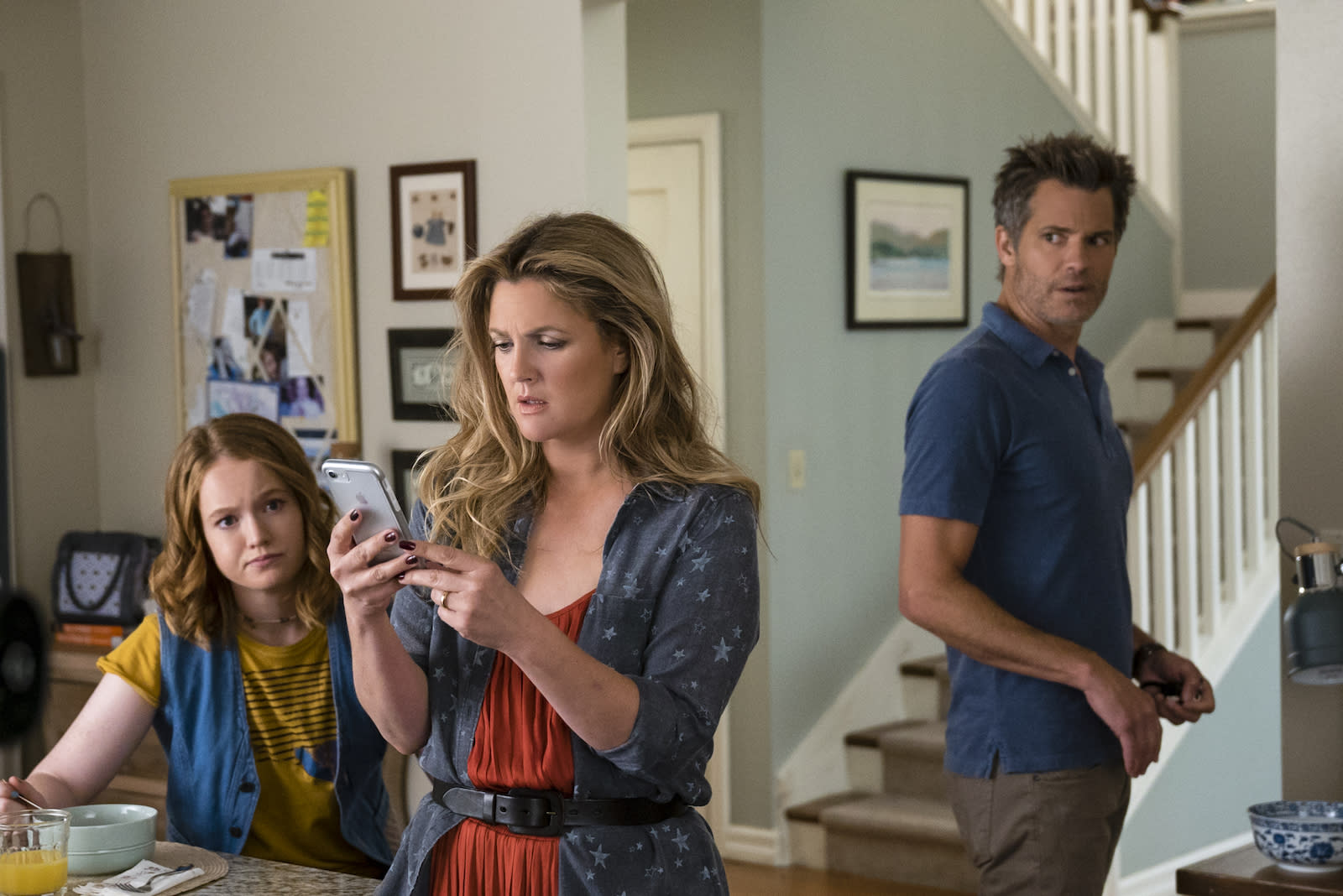 The Netflix series Santa Clarita Diet has been renewed for a 10-episode third season, according to Deadline. The horror-dramedy, starring Drew Barrymore and Timothy Olyphant, will return with new episodes in 2019. The entire main cast of the show is set to return for the third season.

Santa Clarita Diet features a husband and wife (Olyphant and Barrymore) who live in the Los Angeles suburb of Santa Clarita, along with their teen daughter Abby (Liv Hewson). When Sheila undergoes a dramatic change, it affects the rest of her family in ways they can't imagine. The show is rumored to be one of Netflix's best-performing comedies, though because the service doesn't release viewing numbers, it's difficult to say for sure.

In this article: business, entertainment, netflix, santaclaritadiet
All products recommended by Engadget are selected by our editorial team, independent of our parent company. Some of our stories include affiliate links. If you buy something through one of these links, we may earn an affiliate commission.