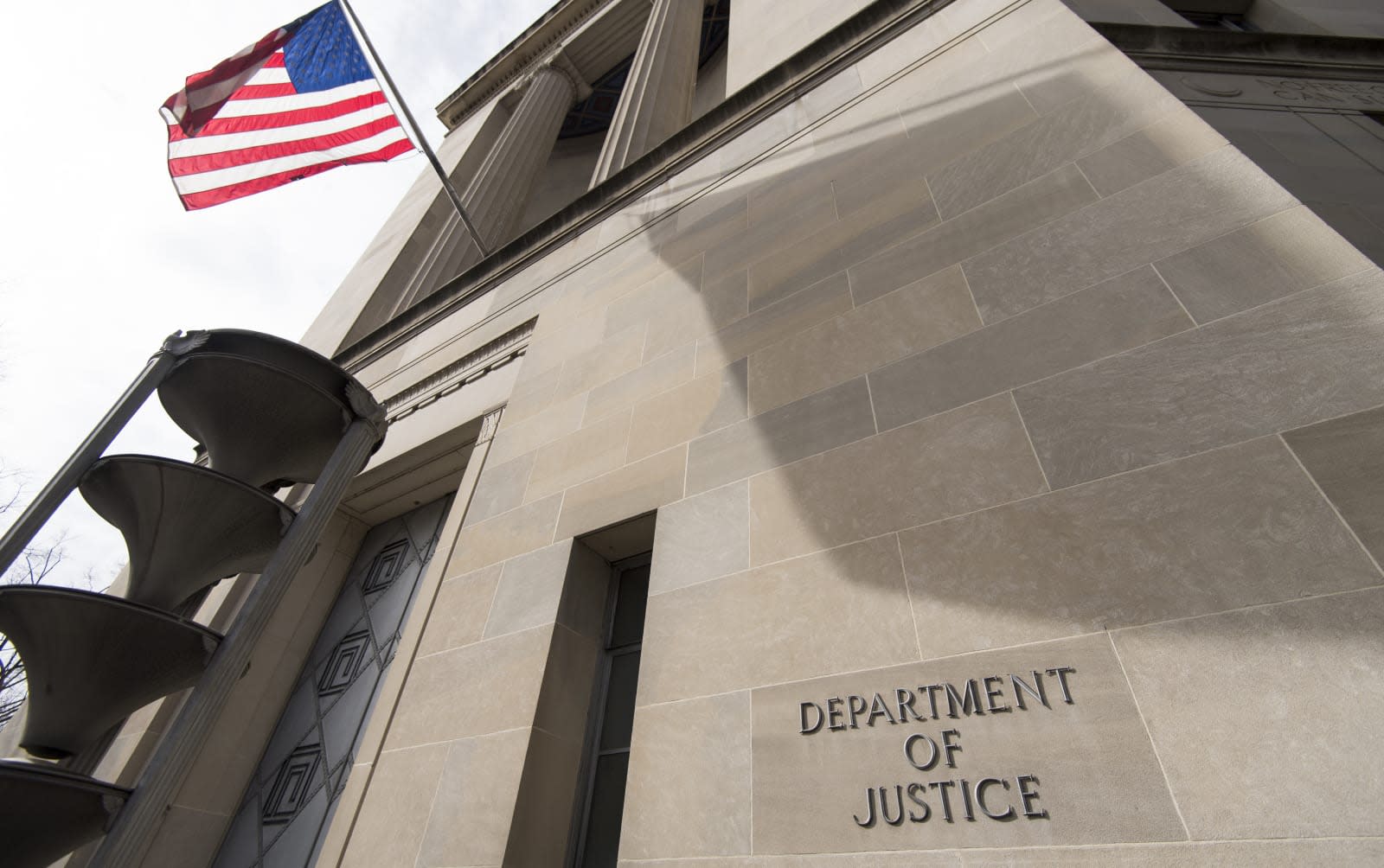 Cambridge Analytica already shut down, because it couldn't cope with ongoing probes and scandals. But that doesn't mean the DOJ is going to let things go -- according to The New York Times, the Justice Department and the FBI have started investigating the political data firm, questioning former employees and banks that handled its businesses in recent weeks. Authorities' questions apparently focused on the firm's financial dealings, though they also sought to better understand how it acquired and used personal data pulled from Facebook and other sources. They also got in contact with Facebook itself, though the social network refused to tell NYT what they talked about.

One of the former employees the investigators talked to was Christopher Wylie, the whistleblower who revealed that the "thisisyourdigitallife" app collected data from over 50 million users. Cambridge Analytica used its psychographic modeling techniques to build profiles on American users with that data collection. Those profiles then served as the foundation of the firm's work for Trump's campaign during the Presidential Elections.

The company's CEO said they ran all the digital campaign for the current president using that data collection: "We did all the research, all the data, all the analytics, all the targeting, we ran all the digital campaign, the television campaign and our data informed all the strategy." He also suggested that the firm turned to seduction and bribery to influence foreign elections and to entrap and blackmail politicians.

It's unclear if the DOJ's investigation is part of the probe led by Robert S. Mueller III, who's investigating whether Trump or any of his associates helped Russia interfere with the 2016 Presidential Elections. The investigation in its very early stages, but the fact that some heavy hitters are involved -- DOJ securities and financial fraud division assistant chief Brian Kidd and at least one FBI cybercrime agent -- shows how serious the probe is.

In this article: cambridgeanalytica, doj, facebook, fbi, gear, investigation, security
All products recommended by Engadget are selected by our editorial team, independent of our parent company. Some of our stories include affiliate links. If you buy something through one of these links, we may earn an affiliate commission.