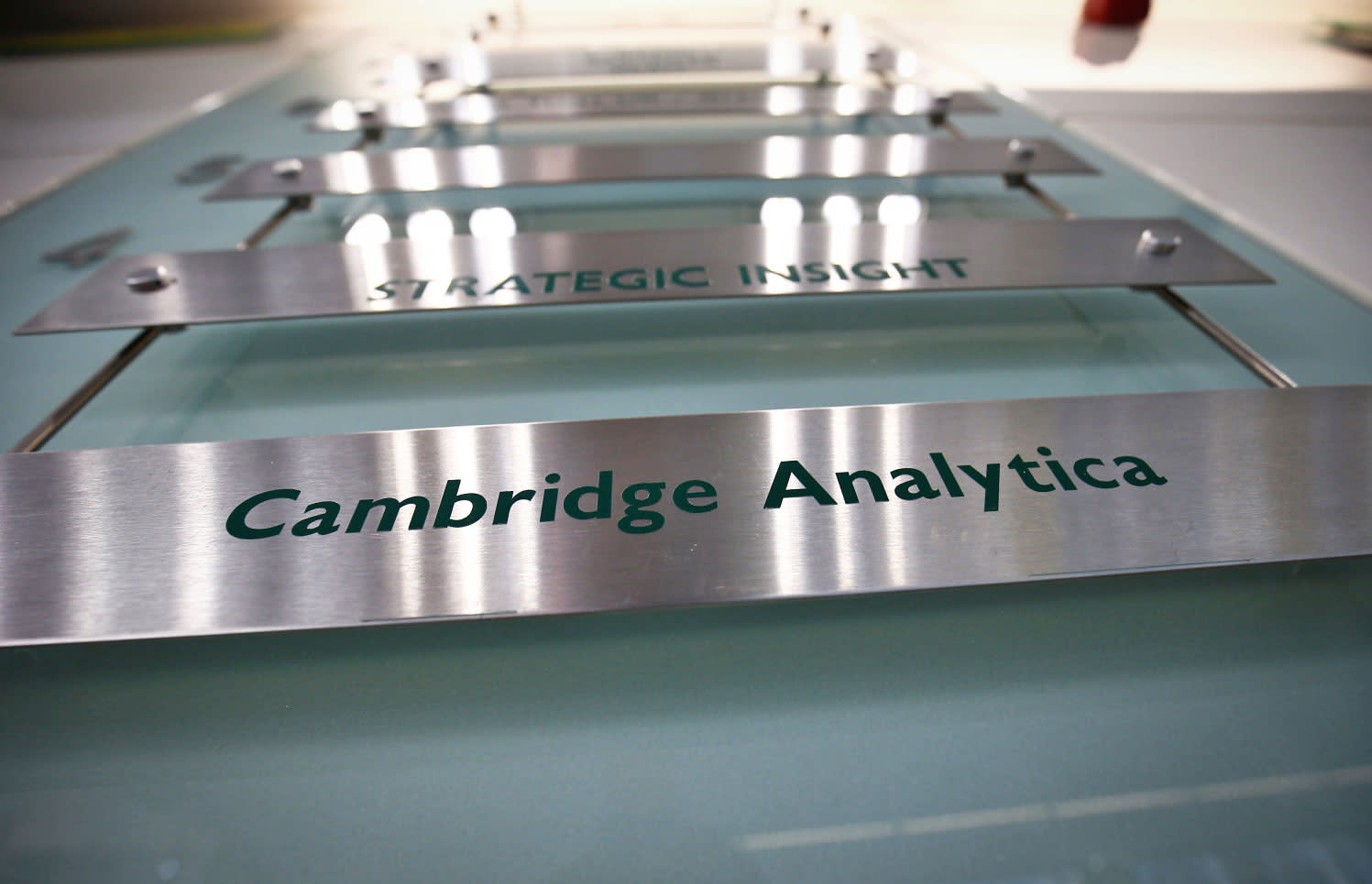 Today, Cambridge Analytica was shut down following the Facebook scandal and subsequent investigations, The Wall Street Journal reports. During a conference call today with the tech firm's employees, chairman Julian Wheatland of parent company SCL Group announced the news, according to Gizmodo. But it isn't just the tech firm: SCL Group is closing down too, its founder Nigel Oakes told The Wall Street Journal. Shortly after the news broke, Cambridge Analytica itself issued a press release announcing it and SCL would stop operating, and the former would begin bankruptcy proceedings.

Due to the ongoing investigations and ongoing scandal, Wheatland said according to a documents Gizmodo received, the corporate board determined that rebranding Cambridge Analytica was "futile." The loss of reputation and clients was too costly. Workers were instructed to return their keycards immediately.

Cambridge Analytica was struggling to emerge from under the scandal, but reports and inquiries have kept expanding the firm's privacy sins. Twitter admitted it had sold user data to the researcher who had originally passed along Facebook personal info to Cambridge Analytica, though the latter denied it received any from the former. Combined with evidence of suspended CA CEO Alexander Nix's blackmail tactics and involvement with the Trump campaign, along with the eventual hearing before Congress, it's hard to argue with SCL Group's decision to deem the firm beyond salvaging.

In its press release, Cambridge Analytica maintained its innocence and "has been vilified for activities that are not only legal, but also widely accepted as a standard component of online advertising in both the political and commercial arenas." While its own internal investigation concluded that allegations against the company weren't factually supported, the "siege of media coverage has driven away virtually all of the Company's customers and suppliers," necessitating a shutdown.

We've reached out to Cambridge Analytica and will add their response when we hear back.

In this article: business, cambridgeanalytica, data, scandal, SCLgroup, security, hidden:vv_16x09:0130543e-fb67-3f4c-9ddb-c110b33a0ee4
All products recommended by Engadget are selected by our editorial team, independent of our parent company. Some of our stories include affiliate links. If you buy something through one of these links, we may earn an affiliate commission.