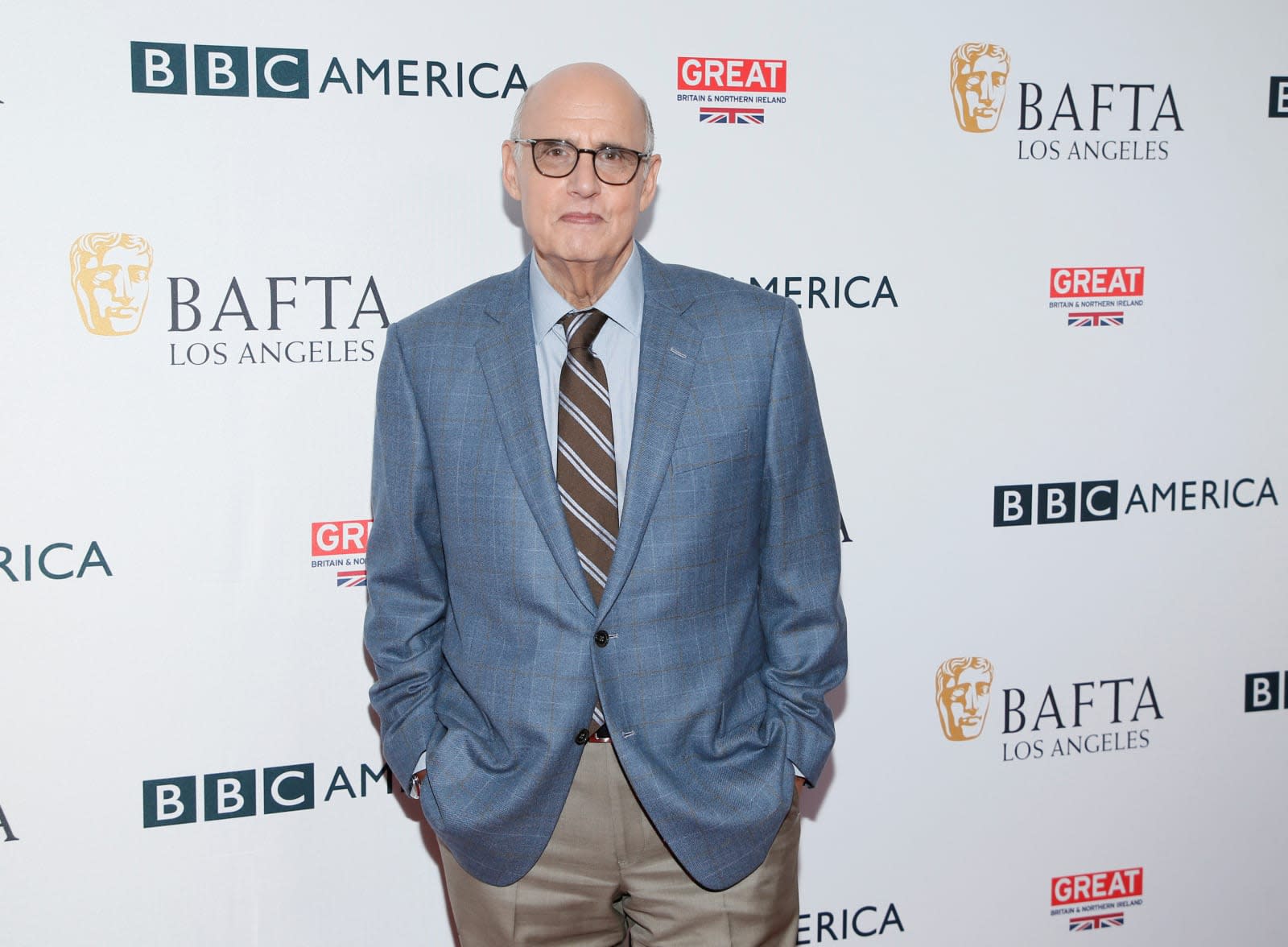 While Netflix confirmed that Jeffrey Tambor would appear on the fifth season of Arrested Development, it wasn't clear how much. The actor left Transparent in February after multiple sexual harassment allegations kept the show in limbo, raising the question of whether his role on the lauded sitcom would be trimmed or cut due to controversy. Not so, apparently. In an Entertainment Weekly interview, the series creator and showrunner Mitch Hurwitz defended Tambor and assured he would remain in the season because, well, they'd already filmed it -- and he was too central to snip out.

"We were done shooting — there was no version of cutting him out of the show, or there would be no show," Hurwitz told Entertainment Weekly. "Am I going to cut Jeffrey out of the show, based on allegations that he disputes, that Amazon hasn't shared, and that we have never experienced any complaints about? No, of course I am not going to.... I'm going to support Jeffrey."

Hurwitz admitted that the actor could be 'difficult' and 'a grump' but had never seen Tambor demonstrate the harassment he was accused of. Nor, it seems, had Netflix or 20th Century Fox Television when the showrunner checked with them. Several members of the cast have backed the actor: Will Arnett and Tony Hale supported Tambor when asked by Entertainment Weekly, while Jason Bateman and David Cross had previously vouched for him.

Actress Jessica Walter, the on-screen wife of Tambor's character, said she is 'still processing' an incident where the actor blew up at her on the fifth season set, she had not seen him cross the line into sexual harassment. But she asserted that: ""I have great empathy for the courage of people who feel they have been harassed in any form speaking out — and sympathy for people who have been unjustly accused," she says. "It's a very difficult situation for everyone involved."

In this article: ArrestedDevelopment, av, entertainment, netflix, SexualHarassment, streaming
All products recommended by Engadget are selected by our editorial team, independent of our parent company. Some of our stories include affiliate links. If you buy something through one of these links, we may earn an affiliate commission.