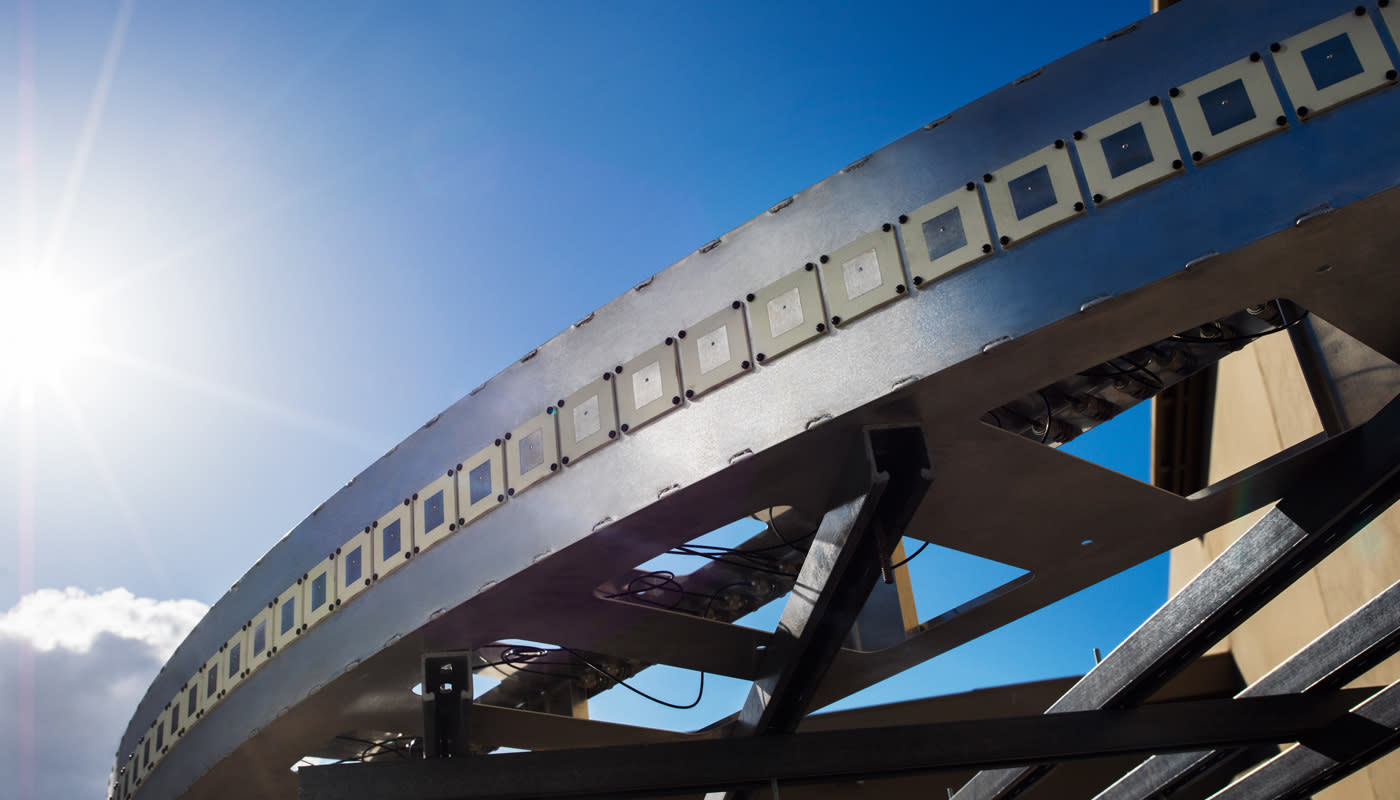 Facebook wants to be everywhere on the planet, even if that means building the internet itself. To that end, it recently unveiled Terragraph, a millimeter-wavelength, 60GHz wireless system that can blast the internet through buildings in urban areas. Now, its plans to use the tech just go more, well, concrete. Qualcomm will put Terragraph tech in its upcoming chipsets, paving the way for manufacturers to build 60GHz broadcast equipment. The companies plan to start running trials of the tech in mid-2019.

Facebook and Qualcomm's tech is base on the 802.11ay WLAN standard, which uses the 60GHz frequency and offers transmission rates up to 20-40 Gbps over 300-500 meter distances. However, Qualcomm and Facebook have tweaked it with enhancements like massive antenna arrays, channel bonding, time synchronized nodes and TDMA protocols. That tech will help the signals get past urban obstacles, serve more users and reduce upfront costs, Facebook said.

The companies didn't mention where they planned to run the trials, though Facebook previously said that it would test Terragraph tech in San Jose. The idea is to bring high-speed internet to areas where laying fiber, for instance, is prohibitively expensive. Facebook is also developed the Antenna Radio Integration for Efficiency in Spectrum (ARIES) system that can broadcast over longer distances in less-dense rural regions.

Google has also adopted millimeter wireless tech to use in the "last mile" of its Fiber internet service. It's not clear whether Facebook would use the tech to provide straight-up internet service like Google Fiber, or its current offering, Free Basics.

That no-cost service offers a much-reduced choice of web services including, of course, Facebook. It's now available in up to 50 nations via 81 mobile providers, the company has noted. The problem is, it's often the only choice for a lot of people, and fake news abounds on the site. As a result, Facebook recently pulled it from Myanmar and other markets where it has become a source of propaganda and misinformation.

In this article: 60GHz, facebook, gear, internet, Qualcomm, Terragraph
All products recommended by Engadget are selected by our editorial team, independent of our parent company. Some of our stories include affiliate links. If you buy something through one of these links, we may earn an affiliate commission.