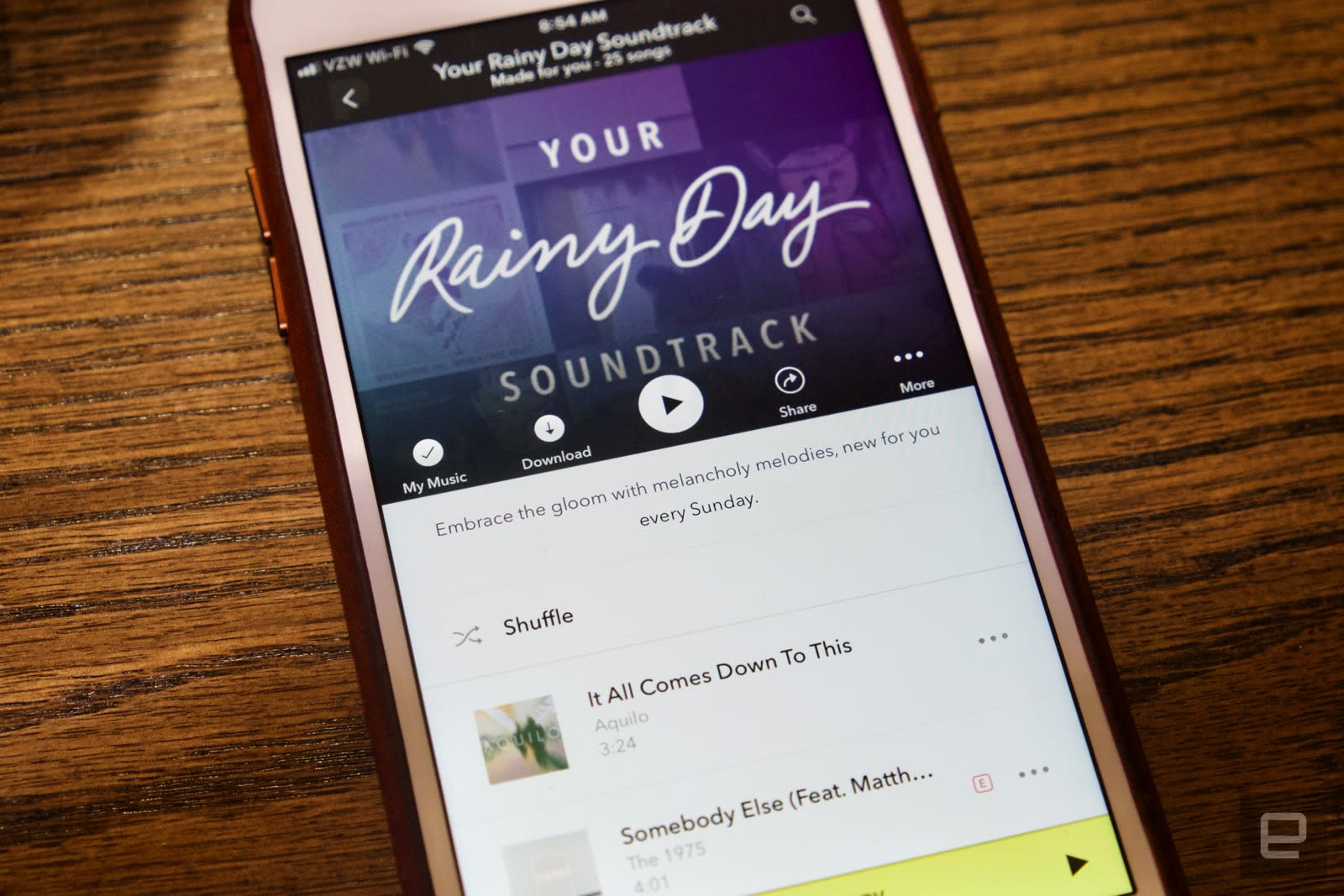 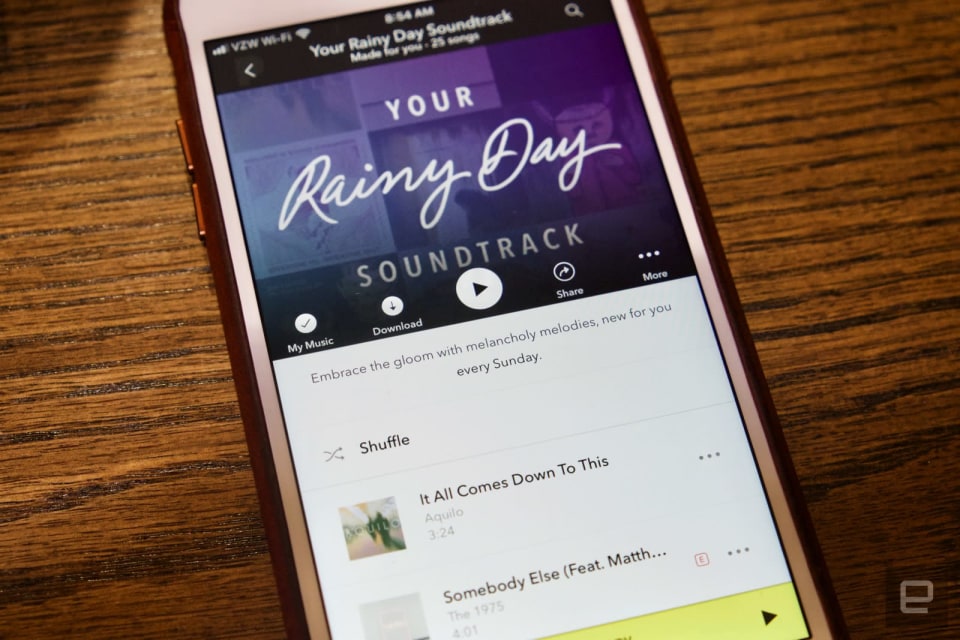 Back in March, Pandora announced that it would start building playlists personalized to each user's tastes. After a short testing period, those playlists should now be rolling out to everyone subscribed to Pandora Premium, the company's on-demand music service.

The company has long offered customized music experiences for its users, learning about what kinds of songs users are likely to enjoy and dislike through its Music Genome Project. But until now, that knowledge has only applied to the radio-style, genre- or song-based "stations" that were Pandora's only listening option until Premium arrived last year.

Pandora whitelisted my account so I was able to see how these playlists stack up to the personalized options that Spotify and Apple Music have long offered. While I don't have nearly as many listening hours in Pandora as I do through the top two services, the app still pulled together three playlists that mixed familiar songs with new tracks, a good number of which were worth a listen.

The playlists were automatically added to my Pandora library, and showed up with the label "playlist made for you." Given that indie rock is generally my genre of choice, I wasn't surprised to get a playlist titled "your indie rock soundtrack." Pandora took a pretty wide view of what falls under "indie rock," but overall it was a good mix of new and old. I also received "my focus soundtrack" and "your rainy day soundtrack." The focus playlist was probably the least compelling of the three, but there were still some solid instrumental jams from artists like Bonobo, Helios, Tycho and Zero 7. The rainy day soundtrack was also pretty good, with gloomy tracks from The War On Drugs, Pink Floyd, Radiohead and The Shins — though I will say that The Who's "Baba O'Rily" doesn't quite fit the mood.

All three of these playlist updated on a weekly basis, so I got to see them refresh a few times. They stayed pretty much in the ballpark of the description, but it also revealed what is perhaps Pandora's biggest weakness. Every time I've used Pandora in the past, I've found that stations heavily lean on artists or songs that I've given a "thumbs-up" to in the past, and the same thing is happening here. There was a lot of overlap in terms of the artists who showed up on the two indie rock soundtracks I checked out — just enough to make me wish for more variety.

To be fair, I haven't used Pandora as my main music service for longer than a few weeks at a time. I'm willing to bet that the more I listen (and the more thumbs-up I give to different songs), the better the recommendations would get. Indeed, I'm curious to see what other kinds of playlists Pandora would put together for me. The company says that it is starting with about 60 total playlists themed to genres, activities and moods, and each of those will be customized to the specific users. So two people who both received a hip-hop playlist could have entirely different tracks based on what specific type of hip-hop they listen to most.

Pandora's initial attempt at personalized playlists certainly gets the job done, though I do hope that the company can put together something to rival the new music mixes that Spotify and Apple Music create for users every week. Those playlist just pull together recently-released songs that users might enjoy, regardless of genre, while Pandora's playlists are more focused on genres or moods, not specifically pulling together new tunes. Hopefully that'll come down the line — but for now, these personalized playlists are a good first attempt.

Customizing music for the listener is a table-stakes feature at this point, so getting this feature right will be pretty important for Pandora to grow its relatively small userbase. Since launching last year, I've felt like Pandora's on-demand service is too little, too late to be truly competitive with Apple and Spotify. But if the company is going to become profitable, it'll need to continue improving Premium with features like this.

In this article: av, entertainment, hands-on, mobile, pandora, pandorapremium, personalization, services
All products recommended by Engadget are selected by our editorial team, independent of our parent company. Some of our stories include affiliate links. If you buy something through one of these links, we may earn an affiliate commission.