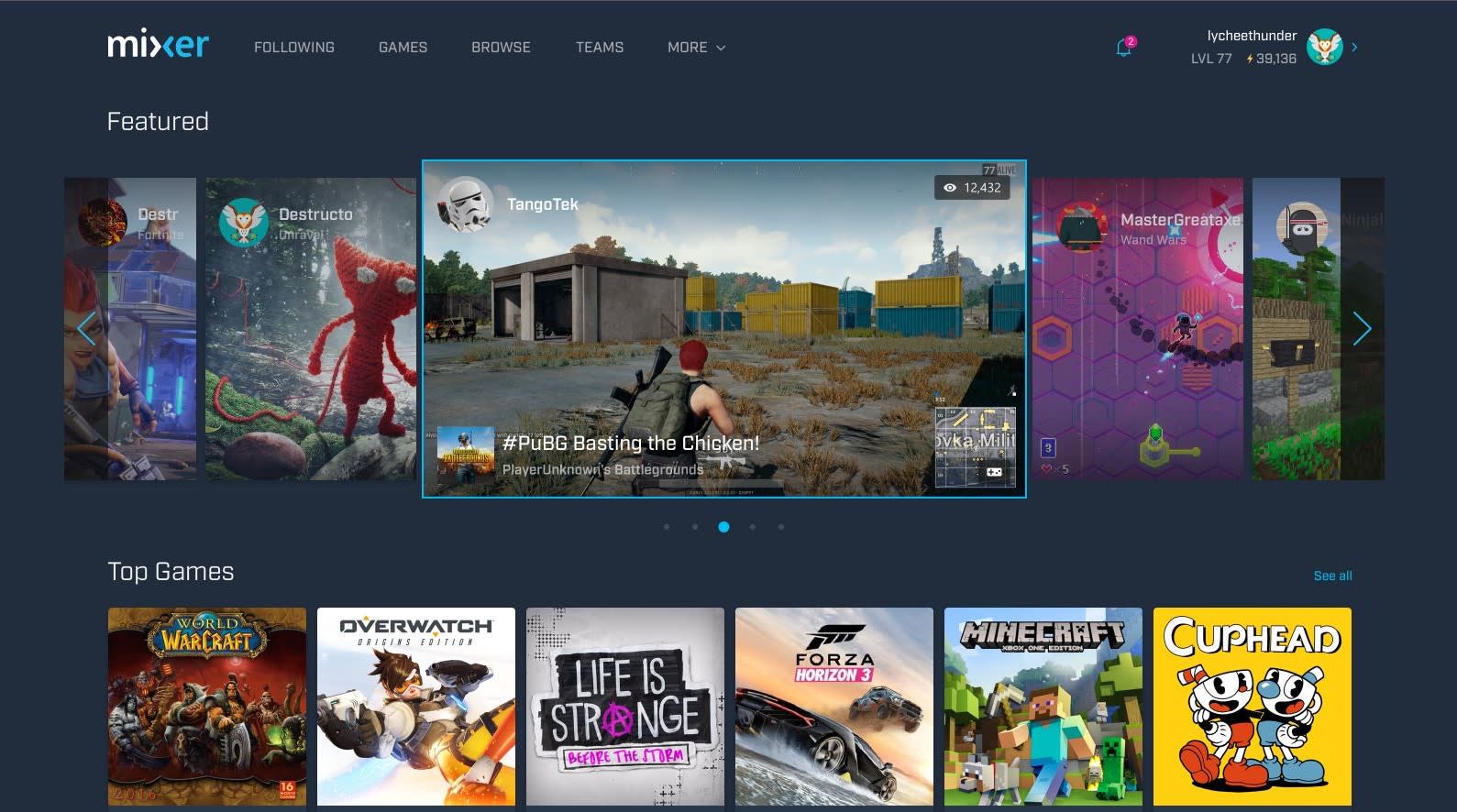 In the past year since changing names from Beam to Mixer, Microsoft's game-broadcasting app has gone through a slew of updates and brought forth a number of innovations. Redmond says last December, the app had over 10 million active monthly users, and that the service keeps growing. The next year promises even more.

In addition to refreshing the Mixer website to celebrate the service's birthday, Microsoft is also adding a slew of tools to MixPlay so game developers can more natively integrate Mixer into their work. Meaning, developers will be able to add side panels, frames, floating boxes and even full-screen effects, which should give you a bunch of options for easily laying out your stream visuals. If you played Rise of the Tomb Raider and fooled around with the broadcast options there, you should have an idea of what to expect.

It sounds pretty easy for developers to implement as well, and uses HTML and Javascript as its coding languages. Twitch has done similar, opening up its platform to developers for a bit, offering these types of tools for broadcasts, or for allowing audience participation in games.

If you think those tools would be great for esports streams, Mixer is already a few steps ahead of you. The Smite Pro League is an early Mixer partner, and during next week's Summer Split broadcast, you'll see the new MixPlay features in action, showing off game stats, leaderboards and a whole lot more.

There are a handful of other announcements in the blog post (new games that support MixPlay, Rainbow Six: Siege being added to the 24/7 HypeZone channel), so be sure to check the source link for all the info.

In this article: esports, gamestreaming, gaming, html, internet, javascript, microsoft, mixer, smite, xbox, xboxone
All products recommended by Engadget are selected by our editorial team, independent of our parent company. Some of our stories include affiliate links. If you buy something through one of these links, we may earn an affiliate commission.