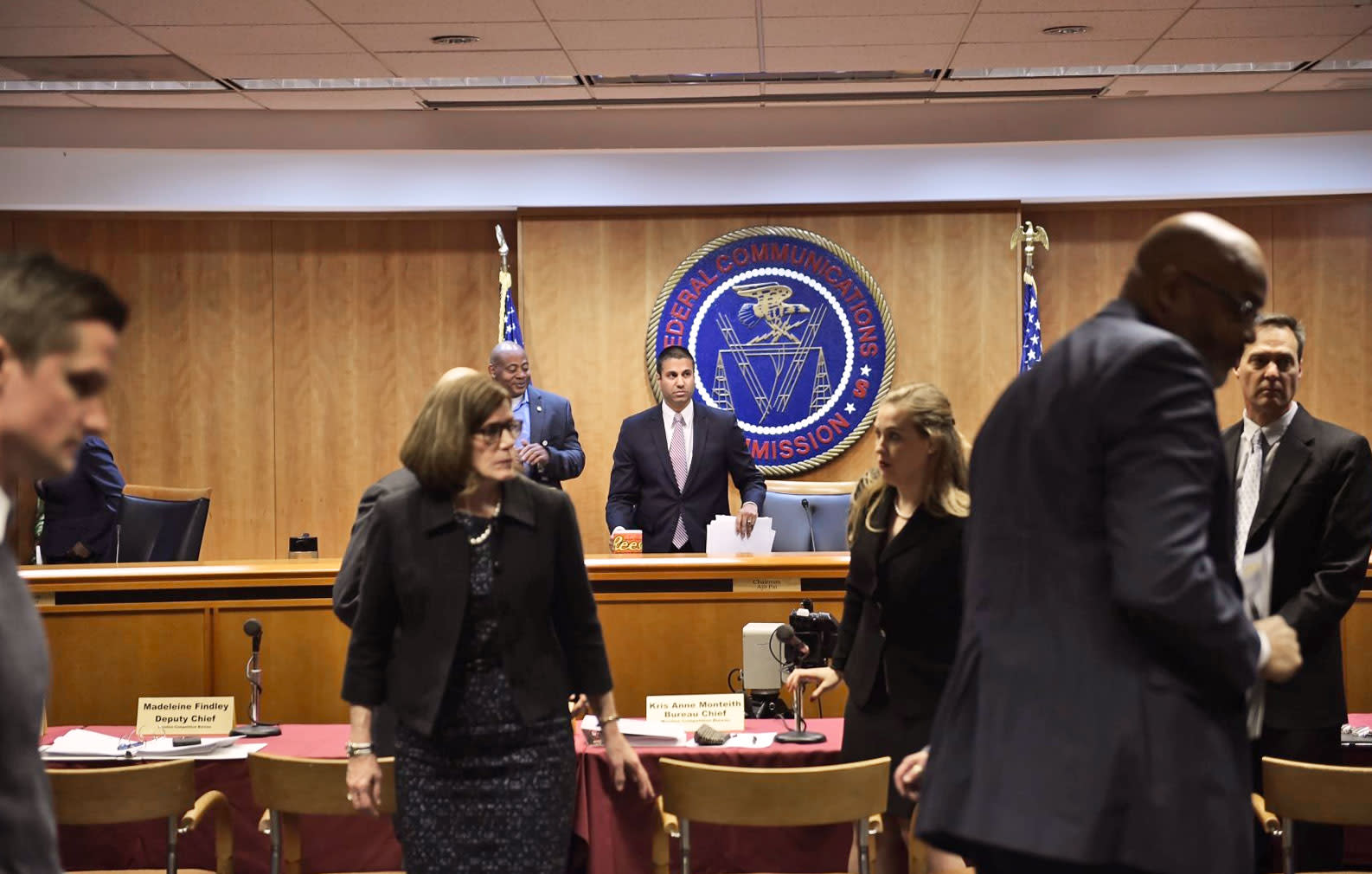 The FCC vote on December 14th, 2017 is best known as the day that net neutrality died, but you may recall that it didn't quite go as planned. During the session, Chairperson Ajit Pai announced that the room had to be evacuated because of a bomb threat. Now, the person who allegedly did that, Tyler Raj Barriss, has been indicted. If that name sounds familiar, it's the same person accused of swatting a gamer who was subsequently shot and killed by police in Wichita, Kansas.

According to the indictment, Barriss called in false bomb threats on December 14th, after which the room was cleared while police did a search (everyone returned several minutes later). Barriss allegedly pulled a similar stunt at the FBI headquarters on December 22nd.

The cops didn't have to chase down their man, though, as he was already in custody. That same month, someone called Kansas police to the home of Andrew Finch, falsely claiming there was a hostage incident in progress. Police subsequently shot and killed Finch, and Barriss was arrested as a possible suspect linked to the initial call. A grand jury subsequently charged him and two others for involuntary homicide and other crimes (the officer who shot Finch was not charged).

Those two incidents were far from his first, either. He was arrested in 2015 for calling in a fake bomb threat to CNN and received a two year sentence. With all the charges Burriss is facing now, though, it's probably fair to say he won't get such a light sentence this time if he's convicted.