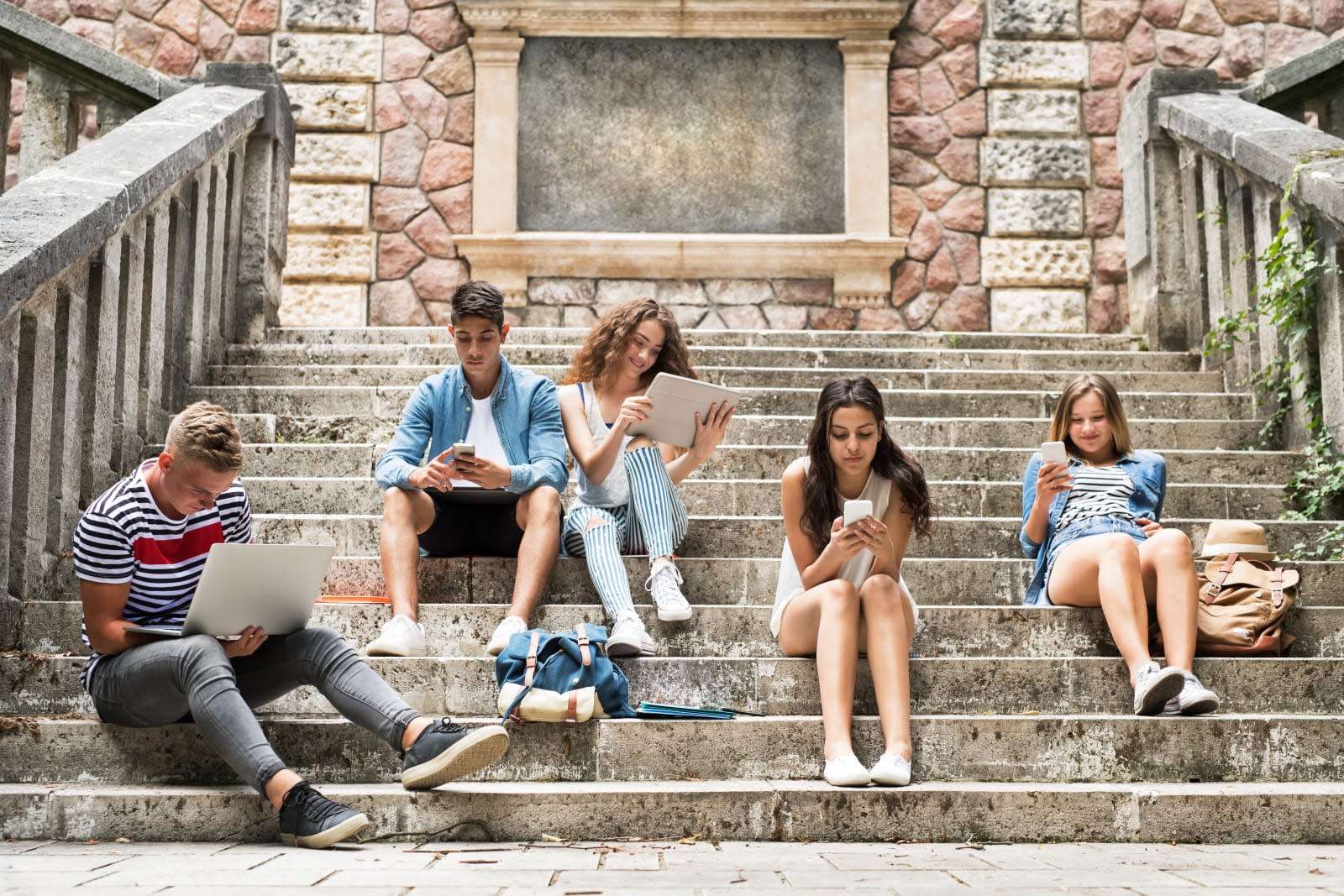 Pew Research Center released a new study today on teen social media use and among findings on internet usage, the impact of social media and smartphone access, the report notes a shift in which sites are preferred by teens. In a similar study released in 2015, Pew Research Center found that 71 percent of 13- to 17-year-olds said they used Facebook, while around half used Instagram and 41 percent used Snapchat. Now, just 51 percent of teens say they use Facebook, while YouTube, Instagram and Snapchat lead amongst the age group. Around 85 percent of US teens surveyed said they use YouTube (which wasn't included in the 2015 study), while 72 percent and 69 percent say they use Instagram and Snapchat, respectively.

As for which sites teens say they use most often, YouTube and Snapchat take the lead, pulling in about a third of respondents each and 15 percent said they used Instagram most often. Only 10 percent said Facebook was their most visited social media site while Twitter, Reddit and Tumblr pulled in three percent, one percent and less than one percent of respondents, respectively. "The social media environment among teens is quite different from what it was just three years ago," research associate Monica Anderson, the lead author of the report, said in a statement. "Back then, teens' social media use mostly revolved around Facebook. Today, their habits revolve less around a single platform."

In regards to whether social media is good or bad for those that use it, teens don't really land one way or the other. While 31 percent reported a mostly positive effect and 24 percent a mostly negative effect, around 45 percent said they didn't think social media had a positive or negative impact. Those reporting a more positive view noted how social media helps users connect to friends and family while those believing it to have a negative impact pointed to bullying and rumor-spreading on social media sites.

Pew also found that 95 percent of teens say that have a smartphone or have access to one, as opposed to 73 percent who said the same during the 2015 study. And 45 percent of respondents said they use the internet "almost constantly," while just 24 percent reported that same level of usage in Pew's earlier study.

The study was conducted with 1,058 parents and 743 teens between March 7th and April 10th of this year.

In this article: facebook, gear, instagram, internet, mobile, pewresearchcenter, snapchat, SocialMedia, teens, youtube
All products recommended by Engadget are selected by our editorial team, independent of our parent company. Some of our stories include affiliate links. If you buy something through one of these links, we may earn an affiliate commission.