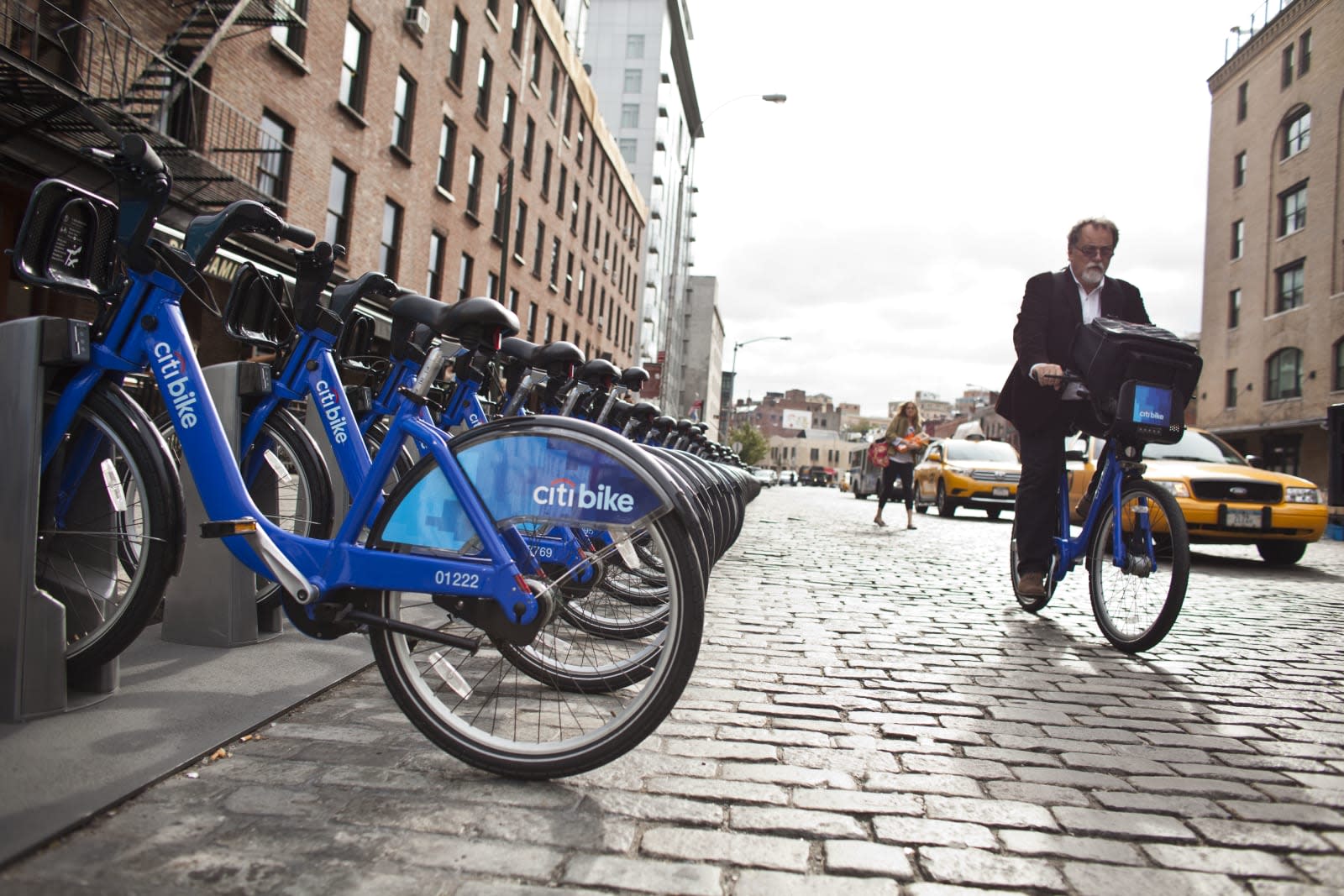 Lyft might not sit idle while Uber leaps into the bike sharing space. The Information sources have claimed that Lyft is close to acquiring Motivate, the bike sharing behemoth responsible for New York City's Citi Bikes and San Francisco's Ford GoBikes. Neither company has agreed to comment on the move or how it would affect service, but it supposedly wouldn't affect Motivate's existing agreements.

If a buyout moved forward, it'd represent a coup for Lyft. Jump was only available in San Francisco when Uber stepped in this April, but Motivate has exclusive deals in NYC, San Francisco and Boston as well as a preferential arrangements in Chicago and Washington, DC. That could help Lyft quickly integrate bikes into its transportation network -- as in Baltimore, you could start and stop journeys at bike docks to both save money and the environment. Uber isn't necessarily shut out, but it'd have to develop its own services in areas where Lyft would have a head start.

However this might shake out, it would reflect an increasing shift away from purely car-based services among ridesharing companies. They're diversifying in hopes of both cornering additional markets and protecting themselves in the event cars fall out of favor.

In this article: bicycle, bikesharing, citibike, cycling, gear, internet, lyft, motivate, services, transportation
All products recommended by Engadget are selected by our editorial team, independent of our parent company. Some of our stories include affiliate links. If you buy something through one of these links, we may earn an affiliate commission.