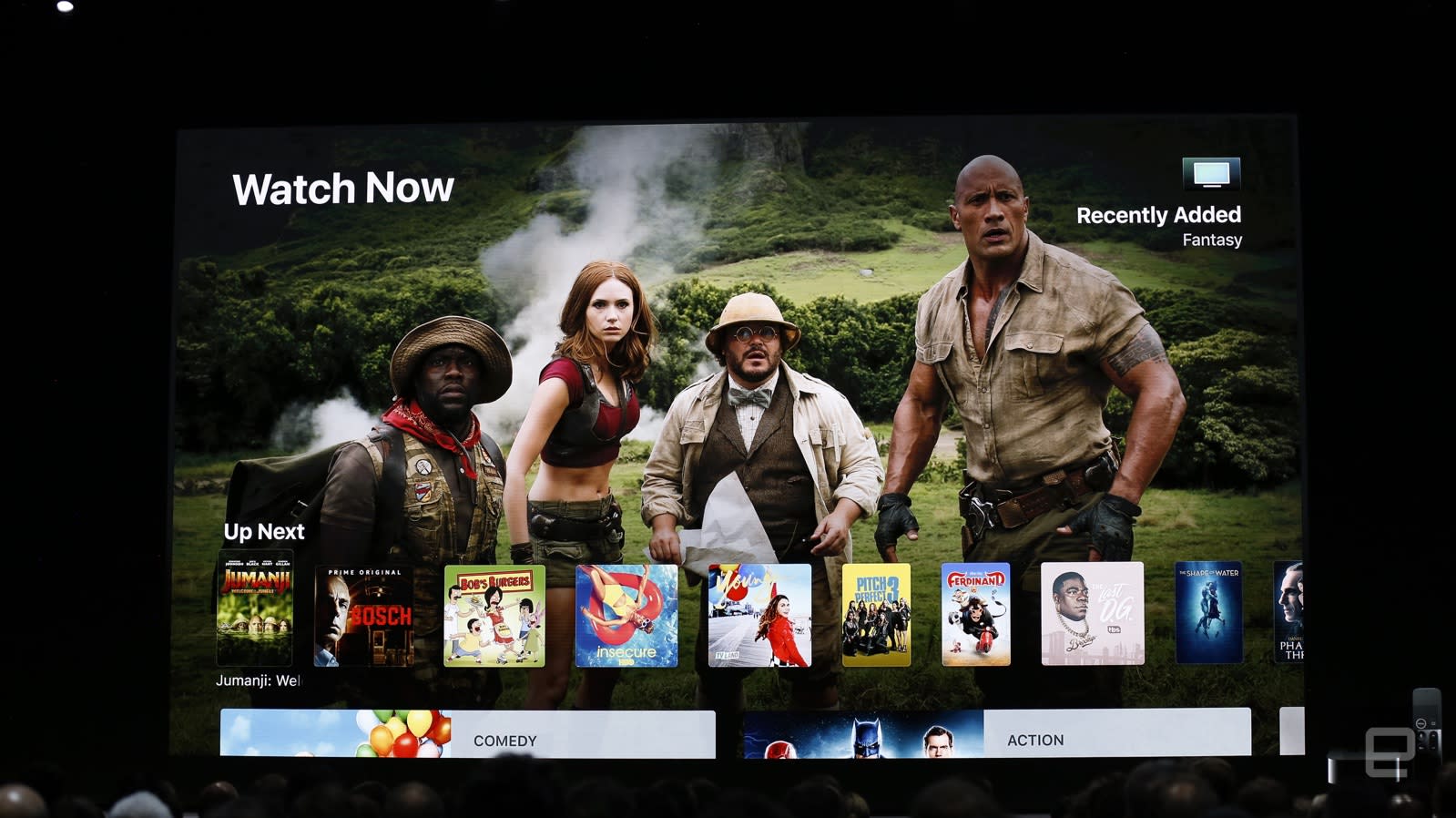 When Apple introduced 4K and HDR for its Apple TV box, it automatically upgraded items in owner's libraries to better-looking versions. Now at WWDC the company announced Dolby Atmos audio support (joining Dolby Vision HDR) on the way, and said it will do the same for titles that support the improved audio output.

Apple's spokesperson also highlighted the 100+ live TV channels already available on the box, as well as integrations with providers like Canal+ (France) and Salt. (Switzerland) that let it stand-in for a traditional cable box. Now in the US, Apple announced that later this year Charter Spectrum will be available for streaming via Apple TV, complete with Siri integration and control.

In this article: apple, appletc, av, entertainment, gear, wwdc2018
All products recommended by Engadget are selected by our editorial team, independent of our parent company. Some of our stories include affiliate links. If you buy something through one of these links, we may earn an affiliate commission.