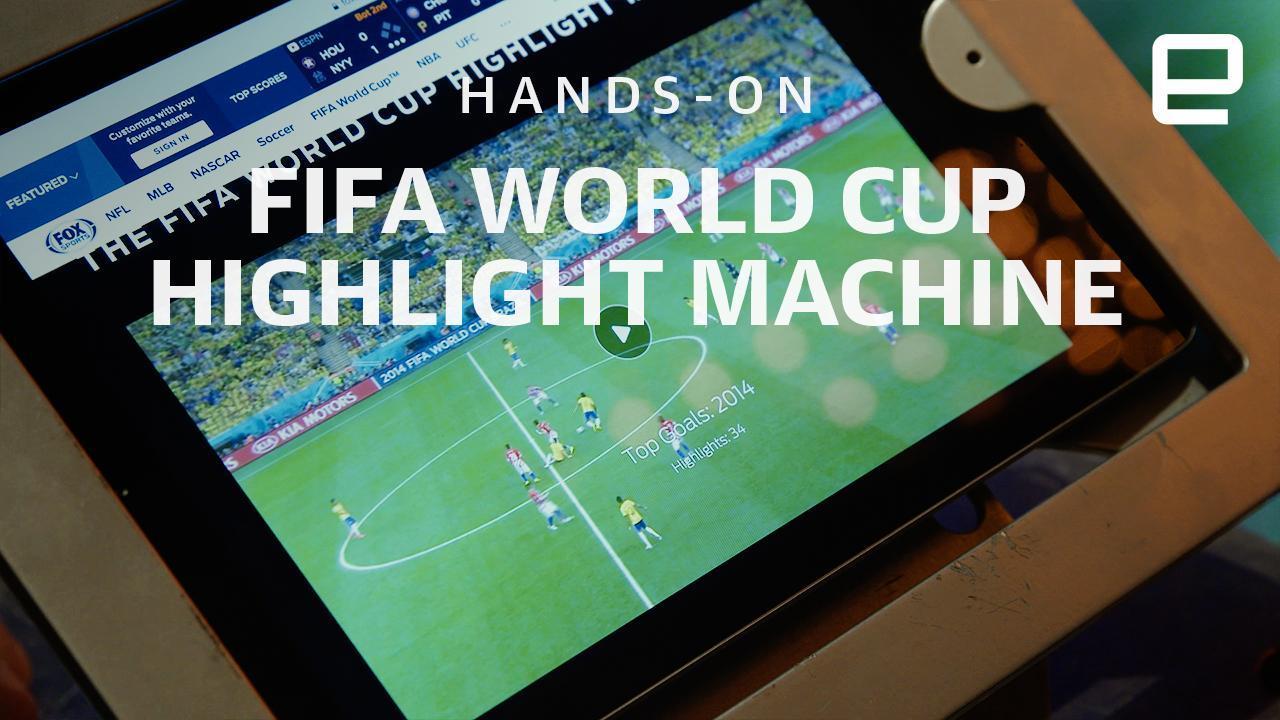 We're only ten days away from the start of the FIFA World Cup 2018. And for soccer (er, football) fans in the US, Fox Sports will be the TV network responsible for bringing them all 64 games from Russia, at least if they want to watch them in English. But, beyond its broadcast offerings, Fox Sports wants to keep people engaged in the competition in different ways. Aside from its partnership with Twitter, which comes in the form of a show that'll stream live from Russia, Fox Sports has teamed up with IBM to build the ultimate World Cup Highlight Machine. Powered by Watson artificial intelligence, this video hub lets you create on-demand clips from every FIFA World Cup tournament dating back to 1958.

Fox Sports says there are 300 archived matches that Watson is capable of analyzing, which you can filter out by World Cup year, team, player, game, play type or any combination of these. So, for instance, you can tell it to make you a highlight reel of any Cristiano Ronaldo or Lionel Messi shots on goal, from every World Cup they've played in. Once you set your parameters, Watson is able to make you a video clip in just a matter of seconds -- which is insane considering that there are thousands of matches it has to scan. Of course, you can share your creations with friends on social media, including Facebook and Twitter.

You can check out the World Cup Highlight Machine for yourself right now, but obviously there's no content from Russia 2018 since the tournament hasn't started. When it does, Fox Sports says you'll be able to search for videos from there as soon as every game ends. The most popular 50 videos from people will appear in a carousel on the Fox Sports Highlight Machine page, which is available on the company's iOS and Android app as well as the web. If you get bored of making your own videos, though, there's also going to be a special "Best of FIFA World Cup" section that'll have curated highlights from previous tournaments -- like the "Top goals from 2014" or "Classic players: Pelé." 8
In this article: ai, artificialintelligence, av, entertainment, fifa, fifaworldcup, football, fox, foxsports, futbol, gear, hands-on, highlightmachine, highlights, ibm, ibmwatson, internet, soccer, sports, streamingvideo, videostreaming, watson, worldcup, worldcup2018
All products recommended by Engadget are selected by our editorial team, independent of our parent company. Some of our stories include affiliate links. If you buy something through one of these links, we may earn an affiliate commission.