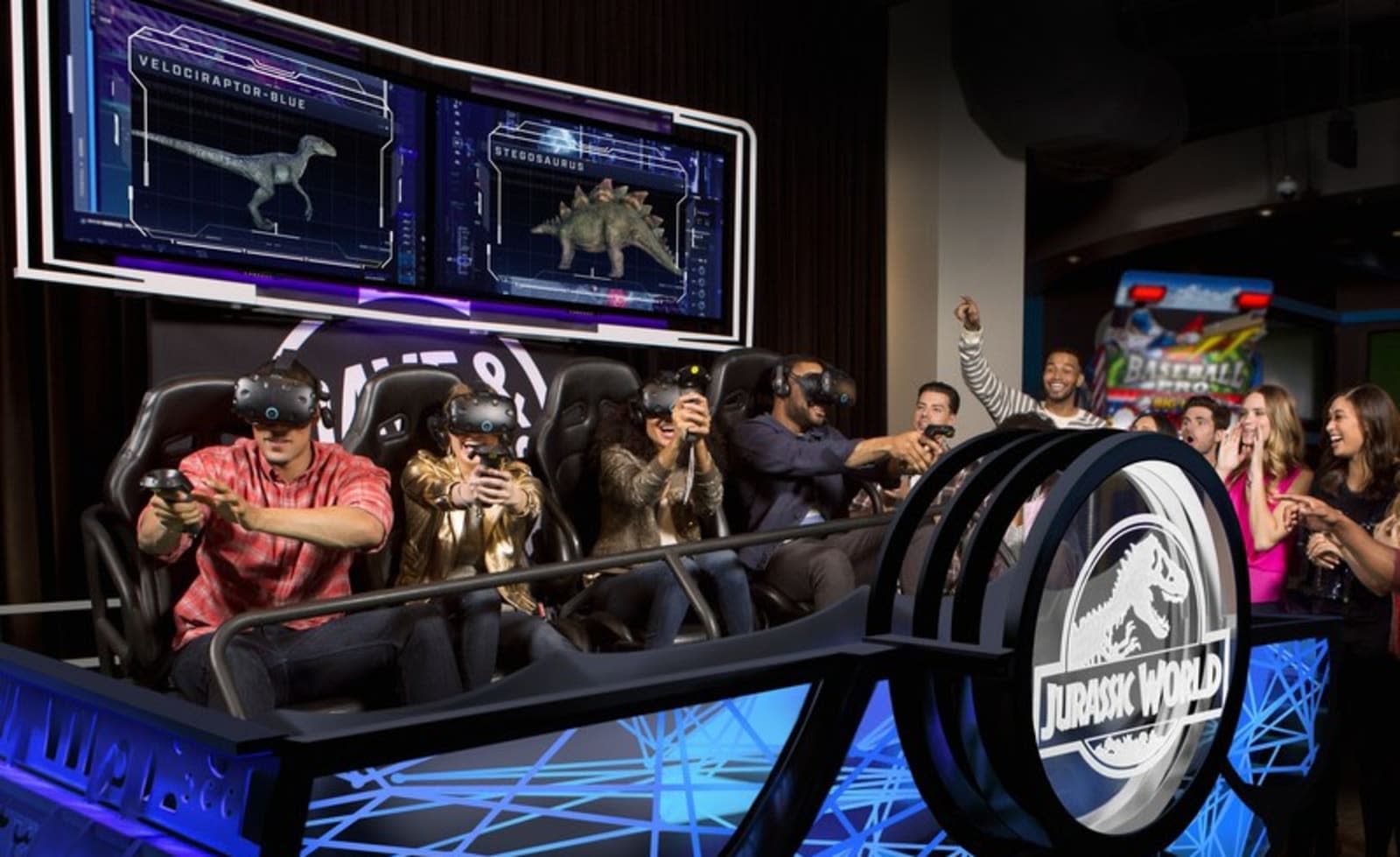 Playing games in virtual reality can feel kinda anti-social, even when your buddies are in the same room. You're probably locked into a world only you can see properly, and you'll likely be wearing headphones for true immersion. But, if you want to jump into a virtual experience with your buddies in the same place, you'll get to do so at Dave & Buster's arcades very soon.

The chain has teamed up with HTC Vive to bring VR multiplayer gaming to all of Dave & Buster's 114 locations across the US and Canada starting June 14th. HTC says the setups will deliver "new and exclusive experiences."

It seems as though Jurassic World VR Expedition is first up, after The Virtual Reality Company announced the launch of the game at Dave and Buster's on the same date. You and three friends can strap into a motion simulator and rescue some dinosaurs on Isla Nublar, where Jurassic World is set. The ride/game lasts for five minutes, so your dino-catching skills better be up to scratch.

HTC has opened a few VR cafes and arcades outside the US, but teaming up with Dave & Buster's gives it a large foothold for VR arcades in North America in a single move. There are some VR multiplayer games too, but it's a little more complicated to get some friends together in the same room for VR multiplayer than it is to, say, hand each of them a DualShock 4 controller. Hopefully, this new partnership will make it less weird to yell at virtual bad guys (or your friends) in a public space.

In this article: arcade, av, daveandbusters, gadgetry, gadgets, gaming, htc, htcvive, multiplayer, virtualreality, vr, vrmultiplayer
All products recommended by Engadget are selected by our editorial team, independent of our parent company. Some of our stories include affiliate links. If you buy something through one of these links, we may earn an affiliate commission.