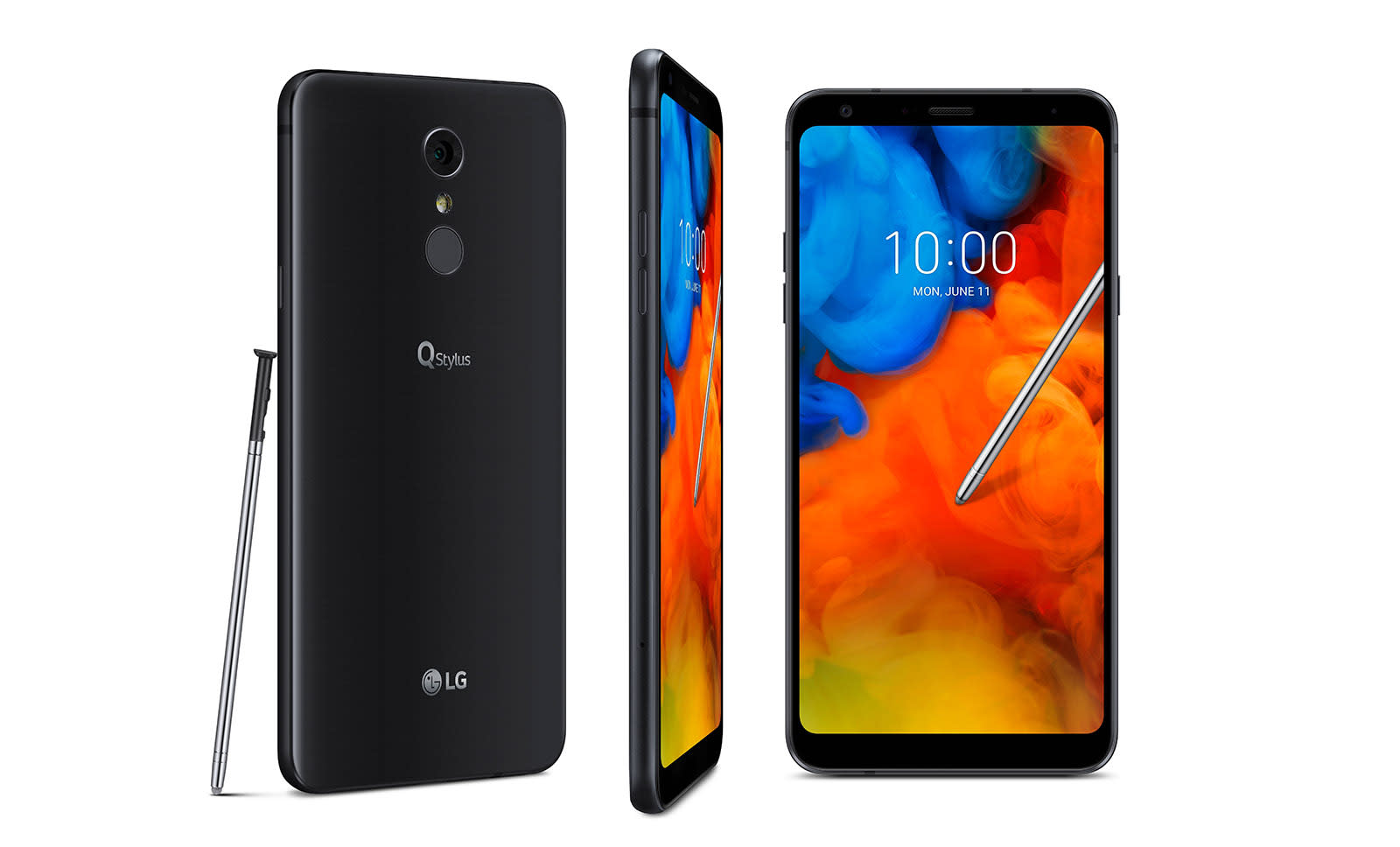 If you're looking for a stylus-equipped smartphone without spending Galaxy Note 8 cash, LG has an answer with the Q Stylus. As the name suggests, it's equipped with a pen for note-taking, sketching, and touching up images and videos. It has a number of other premium features as well -- you get a metal body with a 6.2-inch FHD+ display, a 16-megapixel rear(max)/8-megapixel front cameras with phase-detect autofocus and the same DTS:X 7.1 channel 3D surround audio found on the V and G series phones.

The processor is an unnamed 8-core model -- hence the "mid-range" designation -- but you do get up to 4GB of RAM, depending on the model (more on that in a second). It also comes with USB Type-C fast charging, IP68 water and dust protection and a rear fingerprint sensor.

Confusingly, there are a several models in the Q Stylus lineup, the regular Q Stylus, the Q Stylus+ and the Q Stylus α. (Those latter characters are supposed to be in superscript, a rather clueless decision from LG's marketing department.) The Q+ gets 4GB of RAM, 64GB of storage via microSD and a 16-megapixel camera, while the other models get 3GB, 32GB via microSD and 13-megapixel front cameras, respectively.

The Q Stylus is coming to North America and Asia later this month in Aurora Black (Q, Q+), Moroccan Blue (Q, Q+, Qα) and Lavender Violet (Q+). It will be introduced elsewhere afterwards, but it's not clear which models are coming where, and there's no word yet on pricing.

In this article: gear, Handwriting, lg, LGQStylus, mobile, PhaseDetection, QLens, QStylus, QStylus+, smartphone, Stylus
All products recommended by Engadget are selected by our editorial team, independent of our parent company. Some of our stories include affiliate links. If you buy something through one of these links, we may earn an affiliate commission.