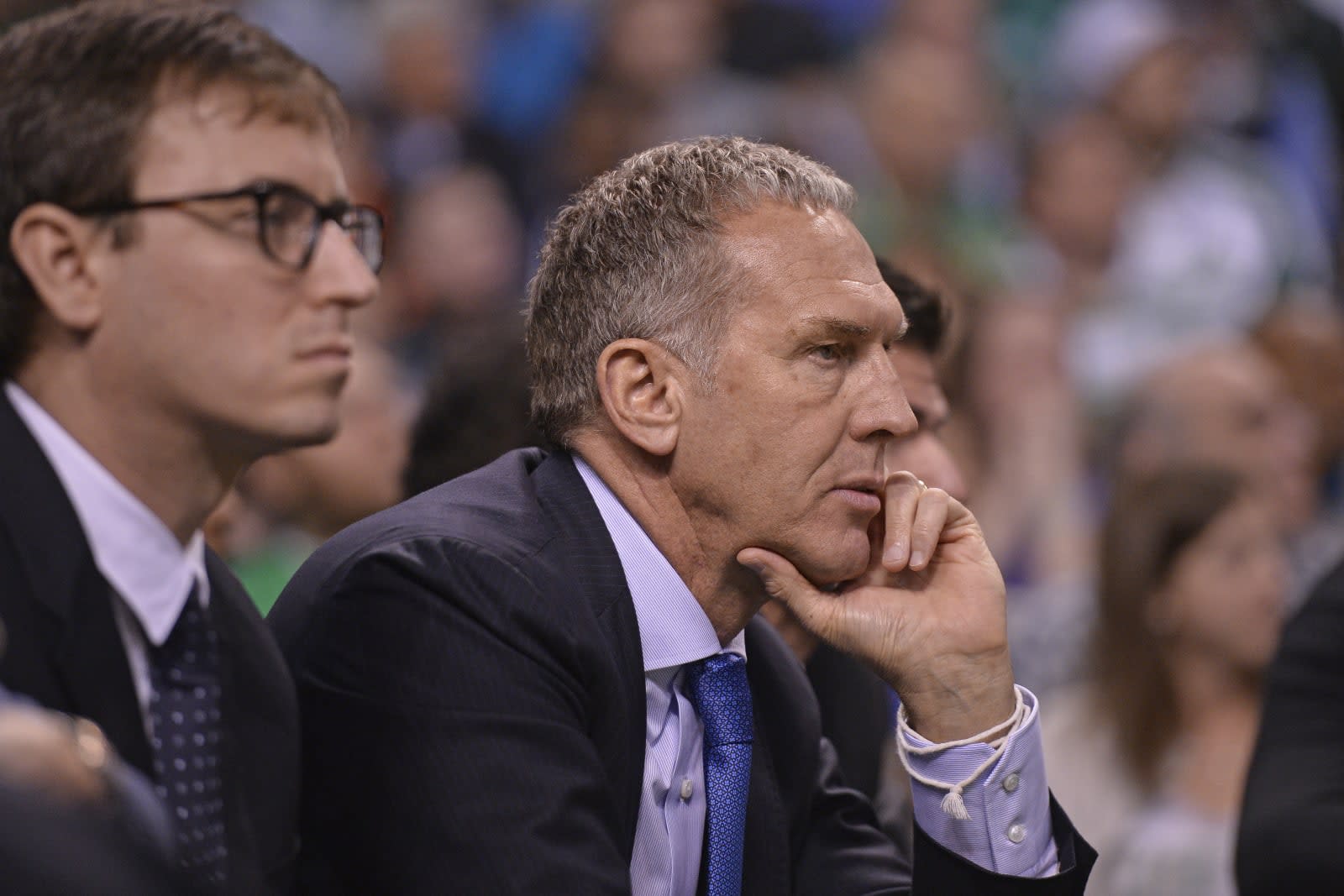 Philadelphia 76ers basketball operations president Bryan Colangelo is no longer employed by the Sixers, league sources told ESPN on Thursday. The news of his departure comes just a week after sports news website The Ringer linked him with five burner Twitter accounts used to trash the team's players and at which time the team launched an investigation into the accusations.

"An online media outlet filed a story linking multiple social media accounts to 76ers President of Basketball Operations Bryan Colangelo," the team wrote in a statement on May 30th. "The allegations are serious and we have commenced an independent investigation into the matter. We will report the results of that investigation as soon as it is concluded."

Colangelo had already copped to owning one of the accounts, an inactive one tracking various players and coaches, but denied having any knowledge of the other four. The investigation, carried out by the law firm Paul, Weiss, Rifkind, Wharton & Garrison LLP, found evidence that Colangelo's wife, Barbara, set up and operated those accounts. Yahoo Sports Senior Writer Chris Mannix posted the following tweet on Thursday:

Law firm Philly hired says they connected the burner accounts to Bryan Colangelo's wife, Barbara, and that in interviews she admitted to establishing and operating the accounts.

However, the investigation cannot confirm she was the perpetrator because, according to an ABC report, she wiped the contents of her phone with a factory reset prior to handing it over to the investigators. His wife's potential involvement aside, the results of the investigation did not cast Colangelo in a flattering light, finding him "careless and in some instances reckless" in his handling of sensitive team information.

"Our investigation revealed substantial evidence that Mr. Colangelo was the source of sensitive, non-public, club-related information contained in certain posts to the Twitter accounts," the report read. "We believe that Mr. Colangelo was careless and in some instances reckless in failing to properly safeguard sensitive, non-public, club-related information in communications with individuals outside the 76ers organization."

In this article: 76ers, colangelo, gaming, internet, nba, sixers, sports, twitter
All products recommended by Engadget are selected by our editorial team, independent of our parent company. Some of our stories include affiliate links. If you buy something through one of these links, we may earn an affiliate commission.