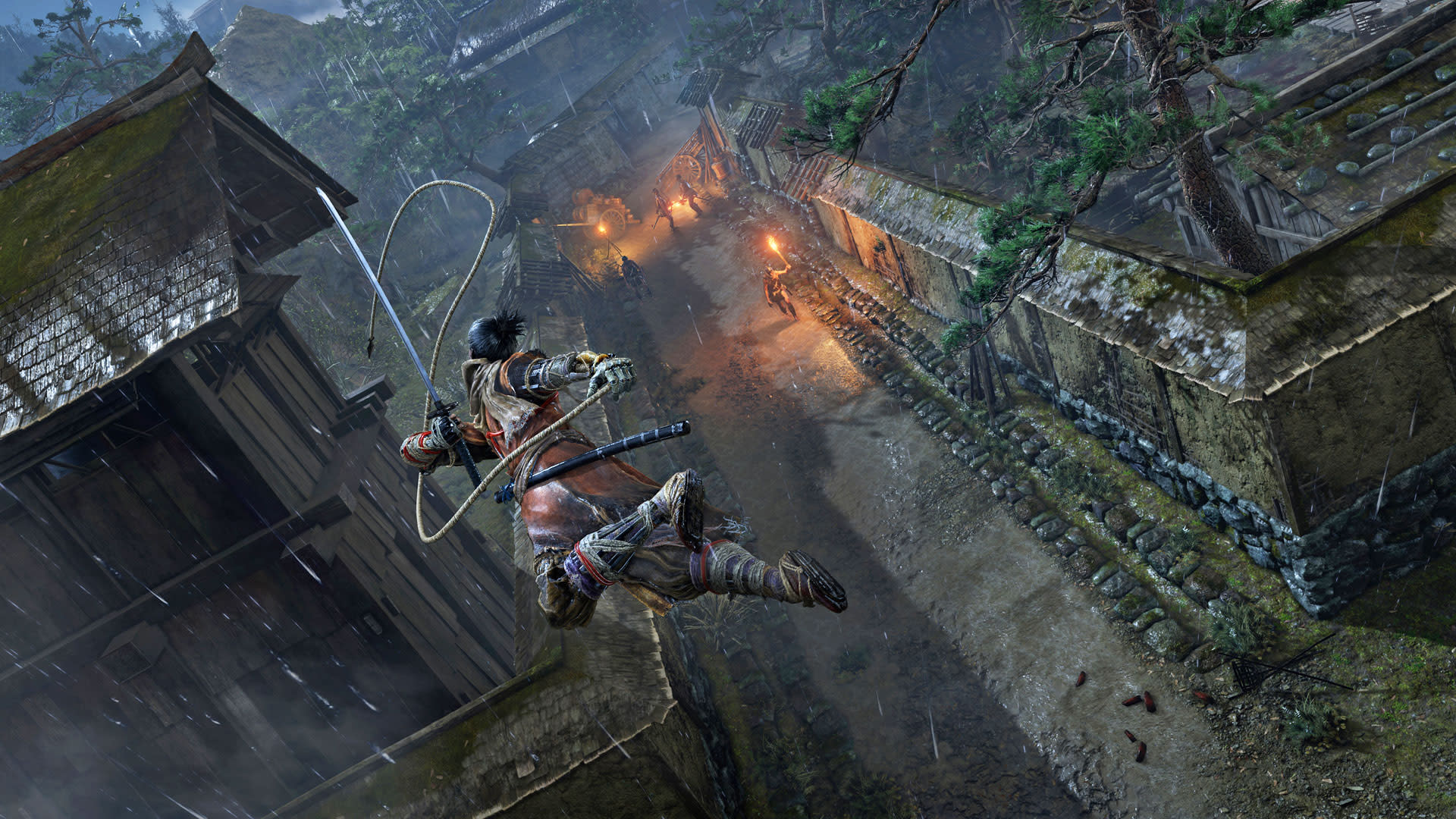 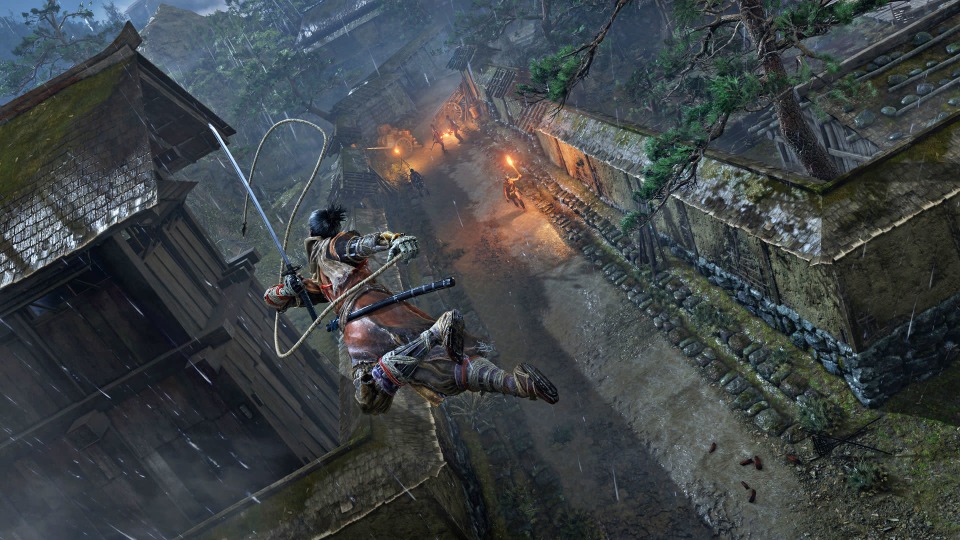 Woven in with Activision's anticipated E3 lineup of Destiny 2 and Call of Duty: Black Ops 4, there's the latest game from the studio behind Dark Souls. Indeed, FromSoftware's knack for creating dark and brooding gamescapes is on display once more in Sekiro: Shadows Die Twice, but this time that trademark look is applied to the stunning visuals of 1500s Sengoku Japan. It's not history retold, but instead a reimagined story set in that time. And based on the small piece of gameplay I've seen, FromSoftware has created quite the action-packed work of art.

The game isn't expected to be released until early 2019, and Acitivision kept the demo brief at E3. The storyline in Sekiro follows a ninja's quest for revenge after the "young lord" he was sworn to protect is taken and "The Rival" cut off Sekiro's arm. Basically, he lost everything and now is on a violent path of redemption in hopes of getting his master back. I should mention that this "young lord" is a "special person" being pursued by enemies before he's ultimately taken. What follows are constant life and death situations along the way, including the different strategies needed to defeat the enemies Sekiro encounters. There are plenty of bosses to encounter before he reaches his arch nemesis.

Though he lost an arm, Sekiro gained what FromSoftware calls a Shinobi prosthetic. While the warrior wields a sword and other hand-to-hand combat weaponry in his right hand, his left is a cyberpunk-like fake arm. However, that prosthetic offers a lot of "arm tools" for various situations during the game. The main feature, a grappling hook, introduces verticality to the game. It allows Sekiro to traverse big gaps, scale buildings and more. It also comes in handy during battle. There's also a resurrection element to gameplay. After Sekiro dies, he can resurrect as a means of surprising an enemy and ultimately defeating them. It's not something to rely on throughout your quest, but it should be helpful in certain situations.

While Activision and FromSoftware didn't show off much of Sekiro: Shadows Die Twice at E3, the duo did give us enough to whet our appetite. The game looks stunning, but those visuals of ancient Japan are coupled with the brutality of that period in history. It's a perfect backdrop for a tale of revenge and a warrior who will stop at nothing to get it. When the game does arrive, you'll be able to play it on Xbox One, PS4 and Steam. In this article: activision, av, e3, e32018, firstlook, fromsoftware, gaming, microsoft, sekiro, sekiroshadowsdietwice, sony
All products recommended by Engadget are selected by our editorial team, independent of our parent company. Some of our stories include affiliate links. If you buy something through one of these links, we may earn an affiliate commission.