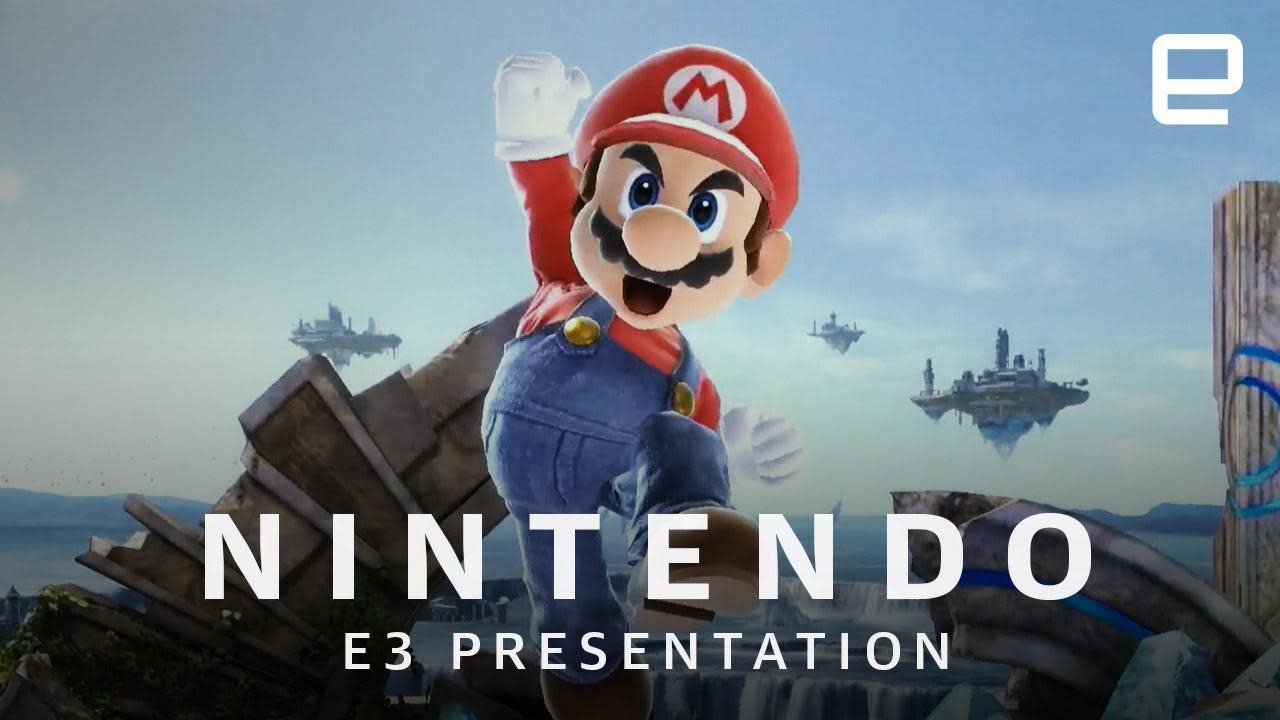 As is tradition, Nintendo didn't take the stage at E3 and opted instead to show a pre-recorded Direct video, which showed plenty of teased and some never-before-seen Switch games. The presentation kicked off with a peek at the mech game Daemon X Machina, followed by looks at Super Mario Party, Fire Emblem: Three Houses, Fortnite (which launches on the console today), Overcooked 2, Hollow Knight, Octopath Traveler and plenty more. The second half was entirely given over to an in-depth look at Super Smash Bros. Ultimate, which will have every character that previously appeared in the franchise (and more! Today's reveals: Inkling and Ridley). Phew! But don't worry about information overload -- just watch our video to see the best of what Nintendo showed off today in less than nine minutes.

In this article: av, e32018, gaming, nintendo, nintendoswitch, switch, video
All products recommended by Engadget are selected by our editorial team, independent of our parent company. Some of our stories include affiliate links. If you buy something through one of these links, we may earn an affiliate commission.