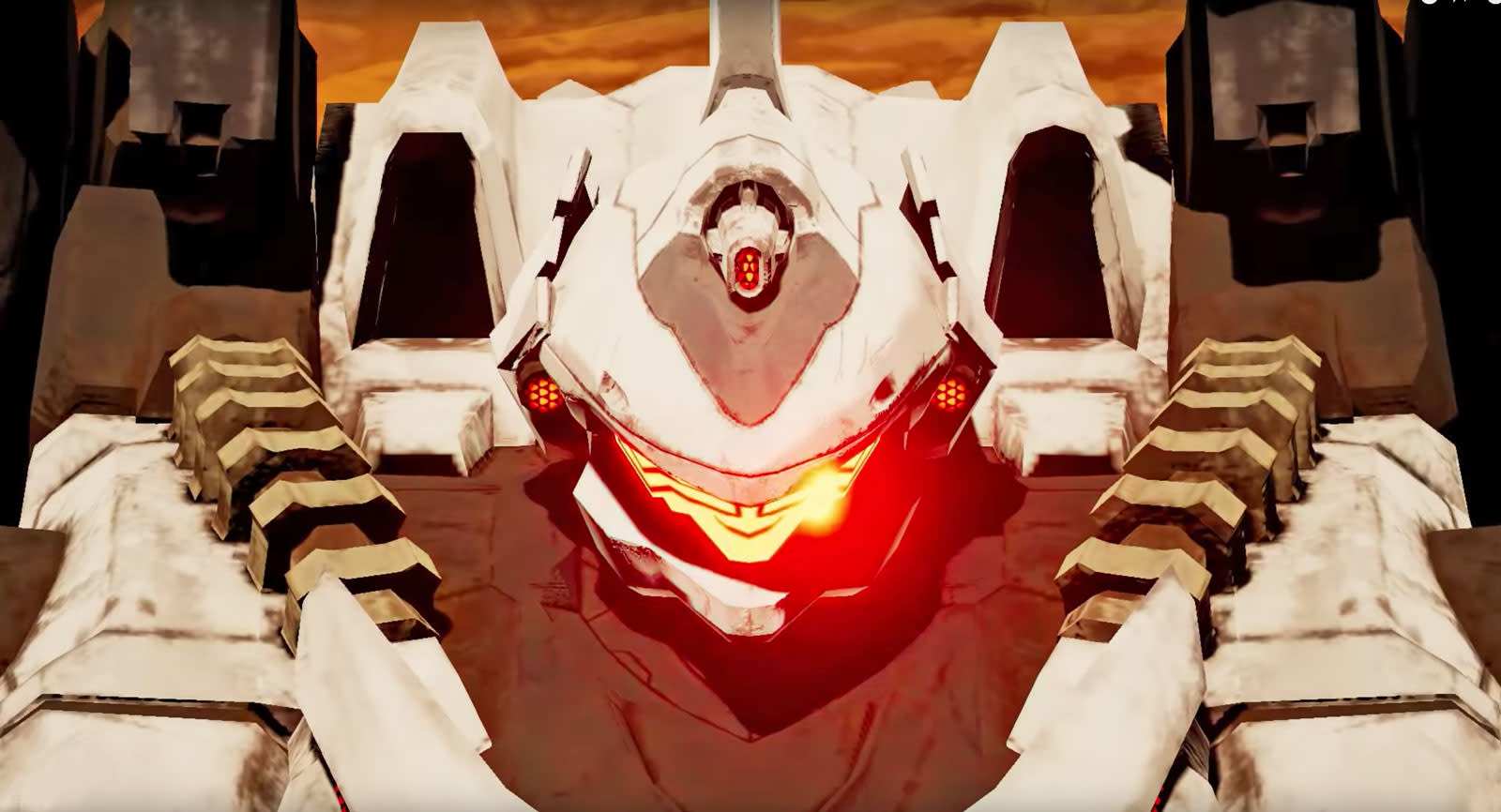 The Switch has a new mecha property coming next year, announced at the top of today's Nintendo Direct -- Daemon X Machina. While easily mistaken for a new installment in the Xenoblade series, this is decidedly in the shooter genre like Armored Core, with humanoid mechs duking it out in open fields and city streets against even larger spider-like robots.

This new title is brought to you via Marvelous Games, with Kenichiro Tsukuda from the Armored Core series acting as producer. Another big name for mecha fans will be Shoji Kawamori of Macross and Escaflowne fame, who's been enlisted to do the concept designs, while character designer Yusuke Kozaki of the last few Fire Emblem games (and Pokémon Go) is on board as well. Soulcalibur composer Junichi Nakatsuru is doing the music alongside Rio Hamamoto from Tekken. Directors Ken Awata and Ken Karube previously worked on Monster Hunter: Stories and a few other fantasy games, but this will be their first time working on something more firmly in the science fiction realm.

Not much more information was given about the game itself, save that we can expect to see it on the Switch in 2019.

In this article: av, daemonxmachina, e3, e32018, gaming, marvelousgames, mech, mecha, nintendo, nintendodirect, nintendoswitch, switch
All products recommended by Engadget are selected by our editorial team, independent of our parent company. Some of our stories include affiliate links. If you buy something through one of these links, we may earn an affiliate commission.