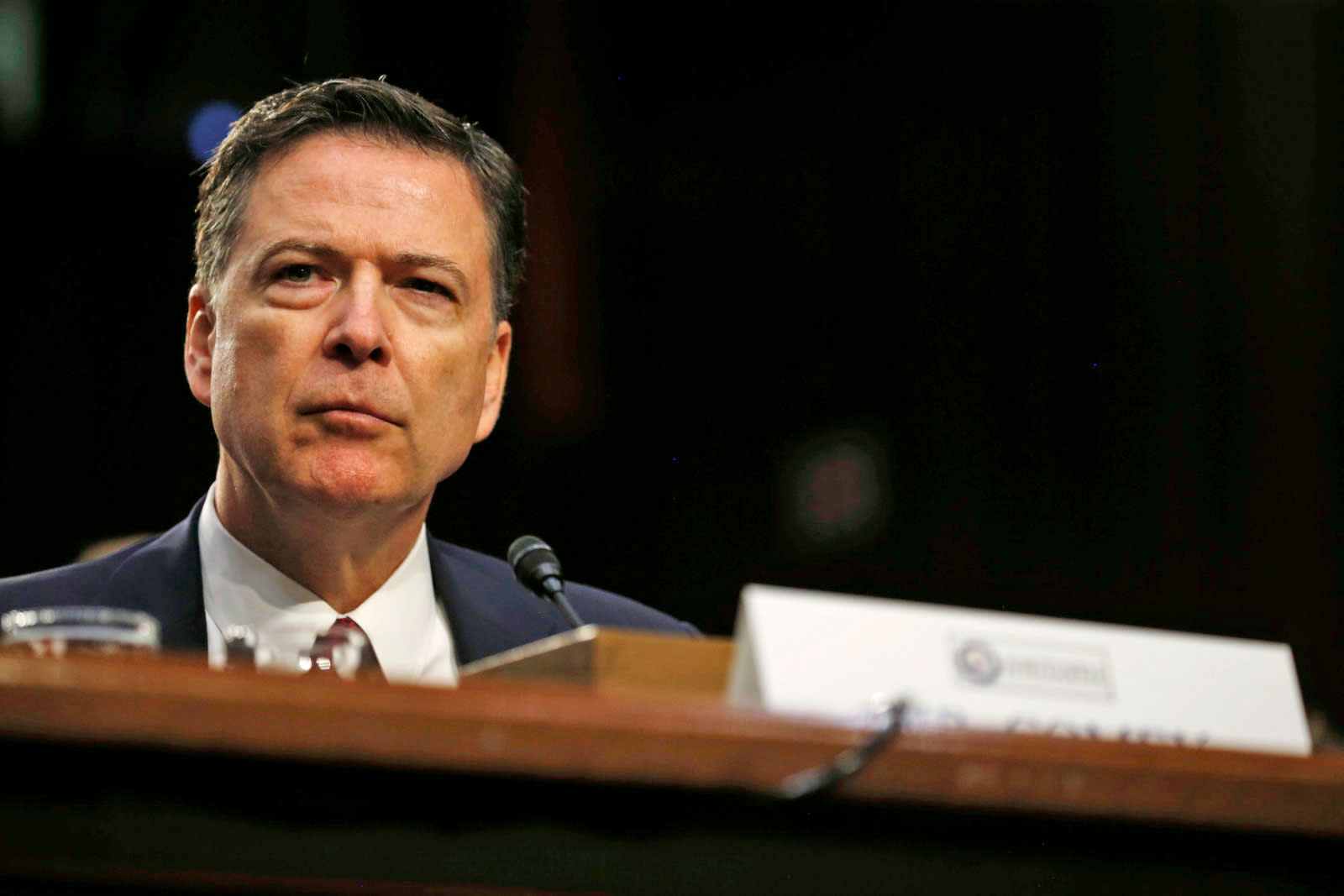 Cast your memory back to the months leading up to the 2016 presidential election and remember the hubbub around then-candidate Hillary Clinton's use of a private email server while serving as secretary of state. FBI director at the time James Comey didn't advise charges against Clinton, then reopened scrutiny in late October days before the election. Whether or not that converted fence-sitters into casting ballots for Trump, his campaign capitalized on the FBI's attention. But according to a report (PDF) by the Justice Department's Office of the Inspector General, Comey himself used a personal Gmail account while operating as director of the agency after the election.

The report criticized Comey for using his personal email account for unclassified FBI business, which is understandably inconsistent with DOJ policy, according to CNBC. "I wasn't doing classified work there, so I wasn't concerned about that," Comey is quoted saying.

The report listed five instances when he used his Gmail for bureau business, including some when he forwarded messages between his personal and official FBI email accounts. He did not have a working unclassified FBI connection at home, he told the Inspector General's office, and admitted to using his personal laptop for word processing and then sent that to his FBI account.

Current FBI Director Christopher Wray said in a statement that: "It's also important to note what the inspector general did not find. The report did not find any evidence of political bias or improper consideration actually impacting the investigation under review. But the report does identify errors of judgment, violations of or disregard for policy, and decisions that, at the very least, in hindsight, were not the best choices."

I respect the DOJ IG office, which is why I urged them to do this review. The conclusions are reasonable, even though I disagree with some. People of good faith can see an unprecedented situation differently. I pray no Director faces it again. Thanks to IG's people for hard work.

In this article: election2016, email, gmail, jamescomey, politics
All products recommended by Engadget are selected by our editorial team, independent of our parent company. Some of our stories include affiliate links. If you buy something through one of these links, we may earn an affiliate commission.
Share
Tweet
Share