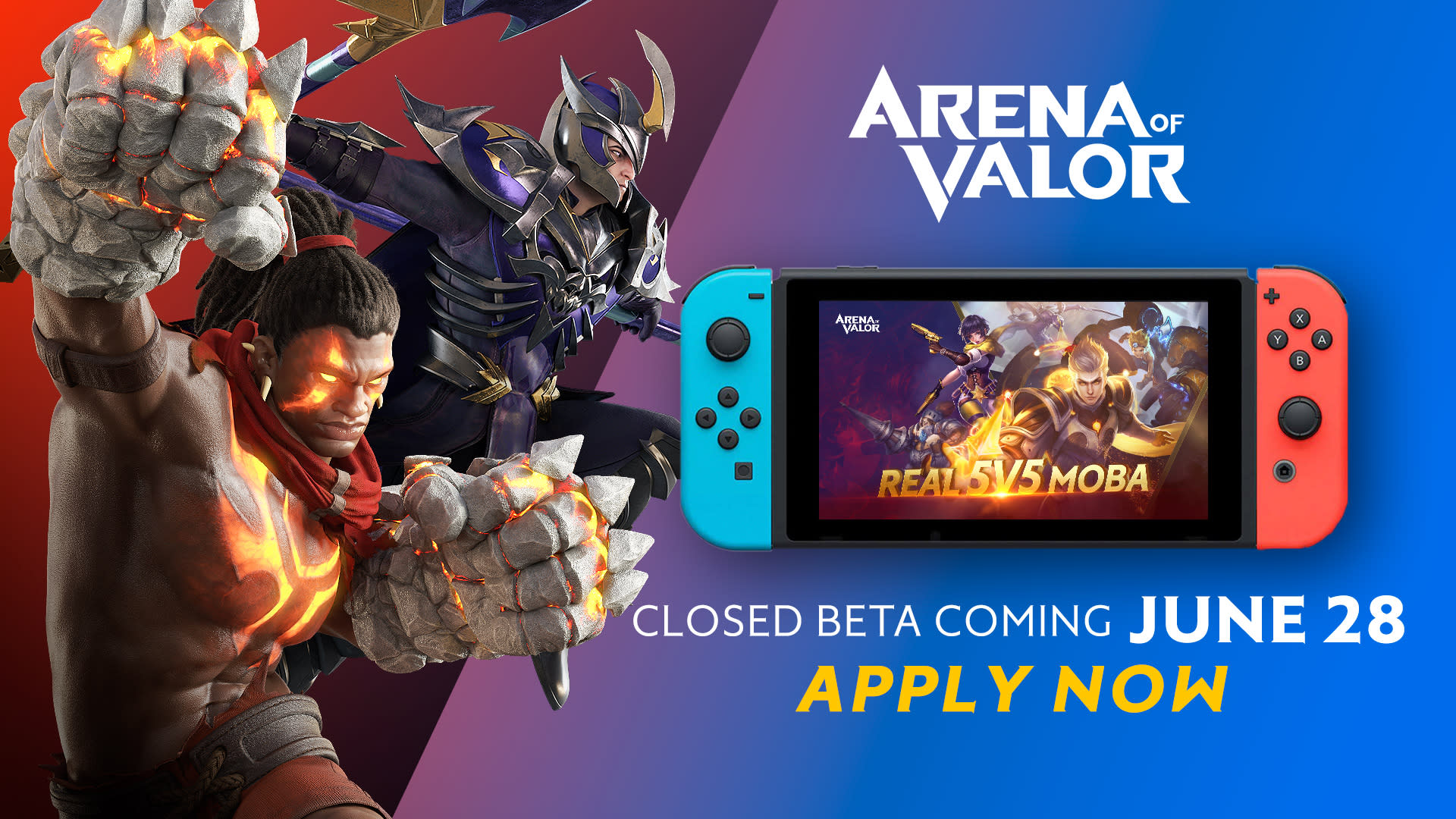 Arena of Valor was one of the biggest games at E3 this year, you just didn't know it. Like Super Smash Bros Ultimate it was featured in the Nintendo Direct broadcast, and, like Smash there was also a giant tournament featuring the game in downtown LA last week. It's also the biggest mobile game in China, free to play and backed by Tencent.

Should you want in on the Switch version's closed beta that runs next week Thursday (June 28th) through July 12th -- a full two weeks -- you can sign up right here. Previously the game had a European beta, and this next test phase is exclusively for the European and North American regions. Participants will unlock an exclusive skin for fan-favorite mage Krixi.

If you're the type to scoff at mobile esports, maybe you should reconsider -- last July the South China Morning Post reported the game had over 200 million players on its home turf. Comparatively, Fortnite has 125 million players globally.

In this article: arenaofvalor, av, esports, gaming, moba, nintendo, switch, tencent
All products recommended by Engadget are selected by our editorial team, independent of our parent company. Some of our stories include affiliate links. If you buy something through one of these links, we may earn an affiliate commission.