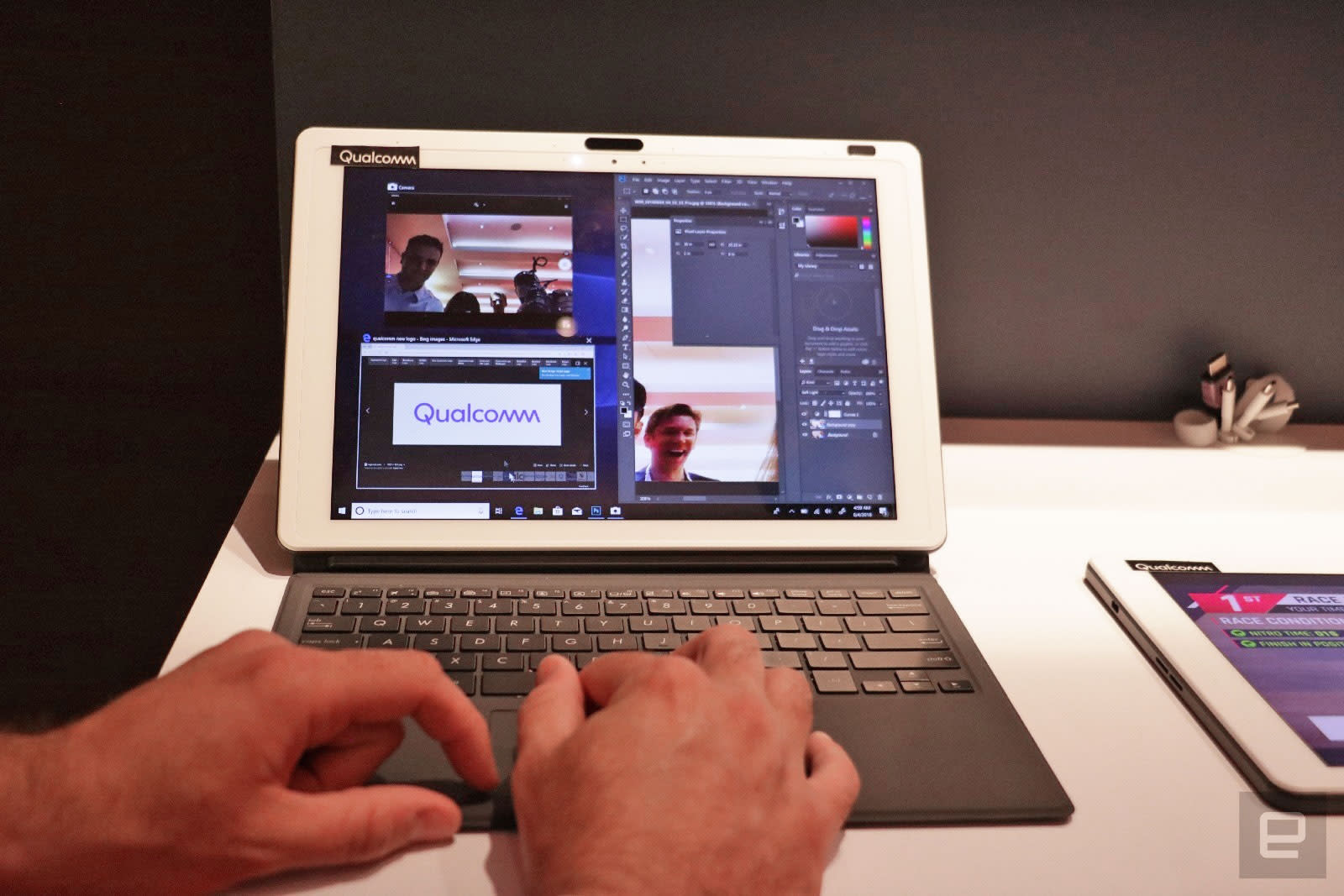 Qualcomm's Snapdragon 850 processor may be intended for PCs, but it's still a half step -- it's really a higher-clocked version of the same processor you'd find in your phone. The company may be more adventurous the next time, though. WinFuture says it has obtained details surrounding SDM1000 (possibly Snapdragon 1000), a previously hinted-at CPU that would be designed from the start for PCs. It would have a relatively huge design compared to most ARM designs (20mm x 15mm) and would consume a laptop-like 12W of power across the entire system-on-a-chip. It would compete directly with Intel's low-power Core processors where the existing 835 isn't really in the ballpark.

A reference design found in import databases might give a clue as to what you could expect: it'd have up to 16GB of RAM and two 128GB storage modules. There are also mentions of gigabit Ethernet and a socketed processor design, although those last two may be more for Qualcomm's development purposes than any real-world use. It's expected to use ARM's next-generation Cortex-A76 architecture, whose overall speed boost (about 35 percent, according to ARM) could be key to challenging Intel.

It's not known when Qualcomm might announce the SDM1000, although it's not keeping a tight lid on the project when at least one of its employees has mentioned working on the chip as a Windows Multimedia Project Engineer. SDM1000 could pose a serious problem for Intel if and when it does show up, however. Intel is already anxious about ARM-powered PCs eating into its dominance of the computing landscape, and a chip this potentially powerful could make that competitive threat much stronger.

In this article: arm, cortex-a76, cpu, gear, laptop, leak, mobile, pc, personal computing, personalcomputer, personalcomputing, processor, qualcomm, snapdragon1000
All products recommended by Engadget are selected by our editorial team, independent of our parent company. Some of our stories include affiliate links. If you buy something through one of these links, we may earn an affiliate commission.