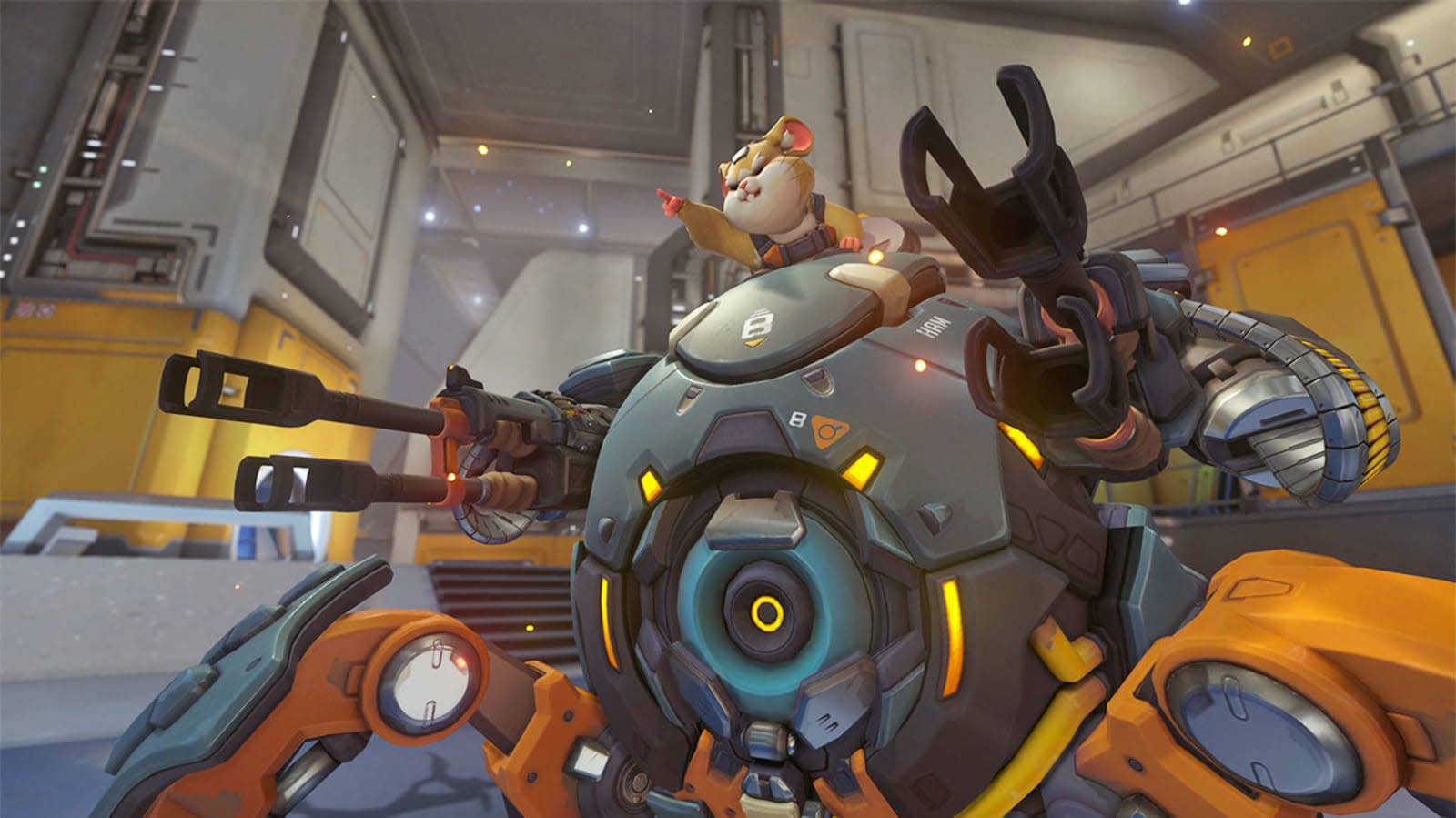 While the Overwatch community debated this week as to whether or not Top Gear's Richard Hammond could actually fit inside the Hammond the Hamster's mech (hint: yes he can, with room to spare), there was no shortage of news throughout the rest of the gaming industry. Alexa got its own board game, ToeJam and Earl are slated to return to consoles this fall, and Fortnite -- for one gloriously brief moment -- opened a tutorial sandbox for its neophyte players. 28 percent increase: Cheating at boardgames is a long-held privilege of older siblings around the globe, but that tradition could soon be coming to an end now that Alexa has learned how to play. As part of a new line of boardgames, dubbed Voice Originals, the virtual assistant will help lay down the ground rules and act as scorekeeper. 27 years: It's been more than a quarter century since the adorable alien duo ToeJam and Earl first graced the Sega Genesis. Now, thanks to a $500,000 crowdfunding campaign they are set to make a console comeback this fall! 7GB of patches: To celebrate Independence Day (not to mention hitting 3 million active players) State of Decay 2 is set to release a massive free patch with 20 new missions and a Fireworks Crafting Station, just in time for the 4th of July. Let freedom ring by killing some more zombies. 1,000 players: If you thought that Fortnite's 100-player Battle Royale wasn't challenge enough, get a load of Maverick. This free-for-all shooter pits each player against a veritable army of opponents -- up to 1,000 at a time -- in the quest for gaming glory. 4-player practice: Tired of getting your butt handed to you every time you drop into a Fortnite map? You'll soon have the opportunity to get better without sacrificing your K:D ratio thanks to the game's forthcoming Playground mode. In it, you and three of your friends will be able to train to your hearts' content without worrying about getting pwned by the tweens. $15 million: That's how much prize money one South American eSports team lost out on when DOTA 2 tournament officials discovered that one member of the squad was using a programmable mouse. In the wise words of Willy Wonka,

In this article: aftermath, alexa, boardgames, column, Dota2, Fortnite, gaming, Maverick, opinion, Overwatch, stateofdecay2, ToejamAndEarl, ToeJamAndEarlBackInTheGroove
All products recommended by Engadget are selected by our editorial team, independent of our parent company. Some of our stories include affiliate links. If you buy something through one of these links, we may earn an affiliate commission.