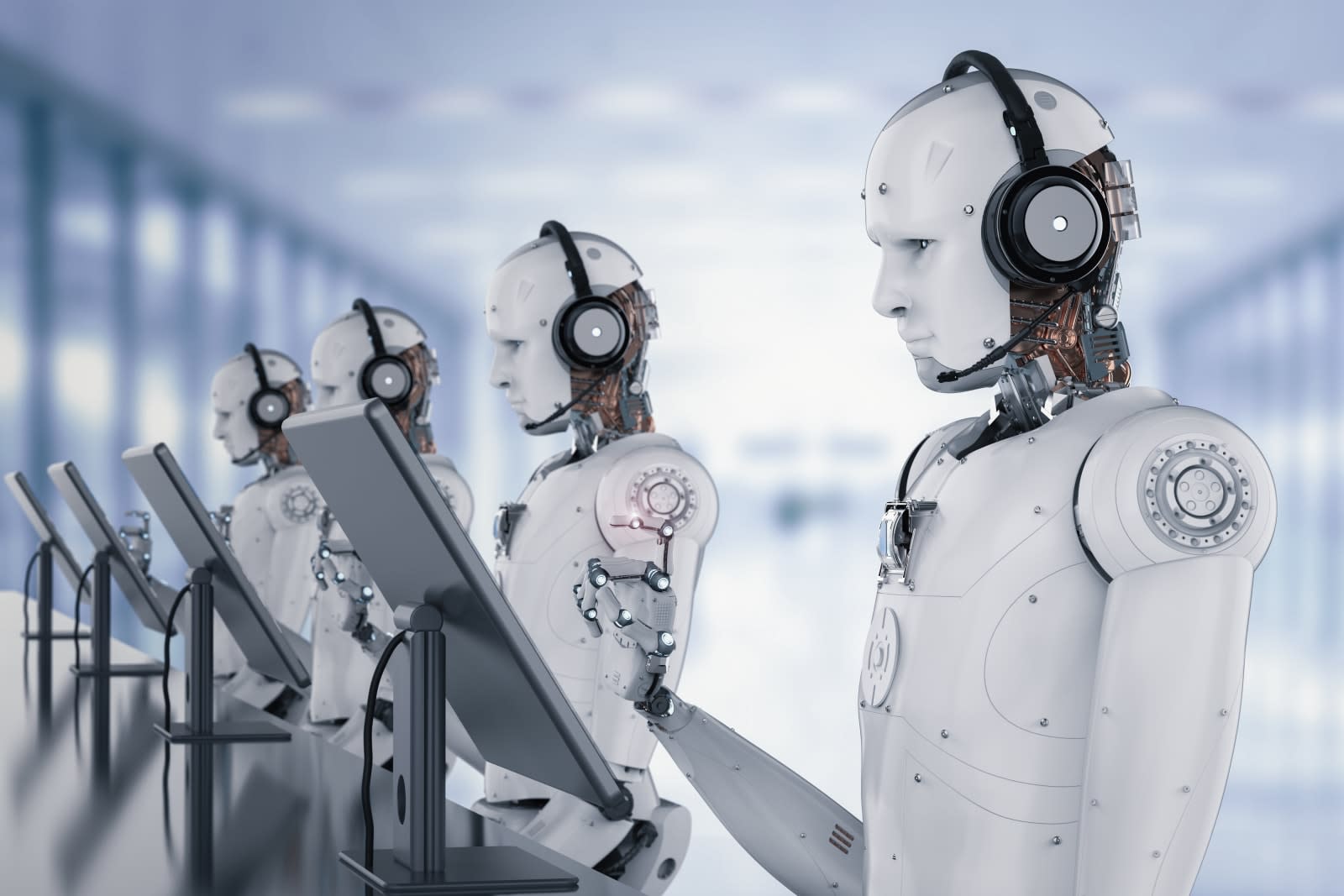 It sounds like Google's scary-natural AI voice calling could wind up in a call center. An unnamed insurance company has shown interest in the tech, according to The Information, where Duplex could "handle simple and repetitive customer calls" before handing things over to a human when the conversation gets more complicated. Surely, no one wants to hear "I don't understand that question, but I'm learning more every day" when you're trying to make a claim, let alone asking for a specific song to play.

While Google quietly removed the "don't do evil" clause from its mission statement, apparently work on this project has moved at a snail's pace due to ethical concerns stemming from Duplex's debut at I/O in May.

Namely, that it wasn't clear if the hair salon or Chinese restaurant employees were aware that they were speaking to a synthesized human voice rather than a warm-blooded homo sapiens. Google later clarified that Duplex would disclose itself as an AI when making calls.

Plenty of call centers are automated at this point, it's just that none of those robo-operators could pass the Turing test. While Duplex sounds like it absolutely did, Google says it isn't actively testing the tech with potential enterprise clients. The other side is that this could be another case of computers taking over low-skill jobs that'd typically be done by humans.

As The Information notes, plenty of other companies offer their digital assistants for similar tasks. Amazon, for example, has made its plans to offer commercial versions of Alexa for call centers abundantly clear already. Google makes money hand over fist on its enterprise services as is, and this could be the next step toward boosting its revenues even higher.

Update 7/5/18 5:40PM ET: Google says it isn't testing Duplex with any enterprise clients, and is instead focusing on getting the consumer version nailed down first. We've clarified this post to reflect that information. Here's the full statement from a Google spokesperson:

"We're currently focused on consumer use cases for the Duplex technology and we aren't testing Duplex with any enterprise clients. As we shared last week, Duplex is designed to operate in very specific use cases, and currently we're focused on testing with restaurant reservations, hair salon booking, and holiday hours with a limited set of trusted testers. It's important that we get the experience right and we're taking a slow and measured approach as we incorporate learnings and feedback from our tests."

In this article: ai, business, callcenter, duplex, gear, google, googleai, googleduplex, TL18AIJB, tomorrow
All products recommended by Engadget are selected by our editorial team, independent of our parent company. Some of our stories include affiliate links. If you buy something through one of these links, we may earn an affiliate commission.