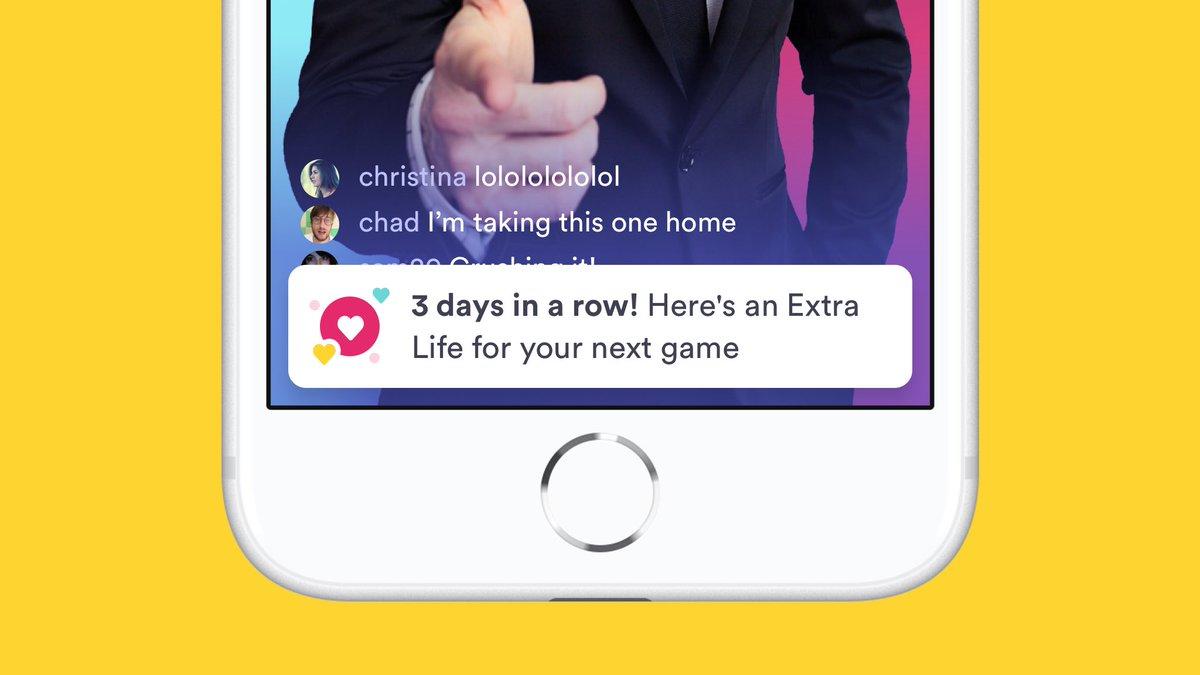 Anyone who's played the frustratingly-addictive HQ Trivia is familiar with the crushing disappointment that follows a wrong answer, especially when you were only a question or two away from the jackpot. So in a bid to stop players rage quitting the app forever, the live trivia game show is launching Streaks, a feature that rewards players for taking part in consecutive games.

Its premise is simple. Play HQ Trivia for five days in a row and you'll get an extra life for the next game you play, which grants you immunity to one wrong answer. It's not yet clear yet exactly how these bonus lives will be given out, but the feature is rolling out today -- just in time to secure an extra life for the weekend's bigger jackpot games.

Update 7/5/18 2:05PM ET: This post was edited to clarify the number of days you need to play in a row before getting an extra life. @HQTriviaHelp confirmed to Engadget that you'll need five days of gameplay, not three, as previously stated in a now-deleted tweet. Three days was also stated in the image above that accompanied the tweet. On last night's $17,000 game, though, host Scott Rogowsky said it would be five days. In addition to confirming the streak requirement, HQTriviaHelp said "You can also verify this by tapping on your Extra Lives! There is an indicator to let you know how many days you have left." Now that we have confirmation, you can go on playing for your (extra) lives.

In this article: app, av, gaming, HQTrivia, jackpot, lives, mobile, personal computing, personalcomputing, quiz, services, Streak
All products recommended by Engadget are selected by our editorial team, independent of our parent company. Some of our stories include affiliate links. If you buy something through one of these links, we may earn an affiliate commission.