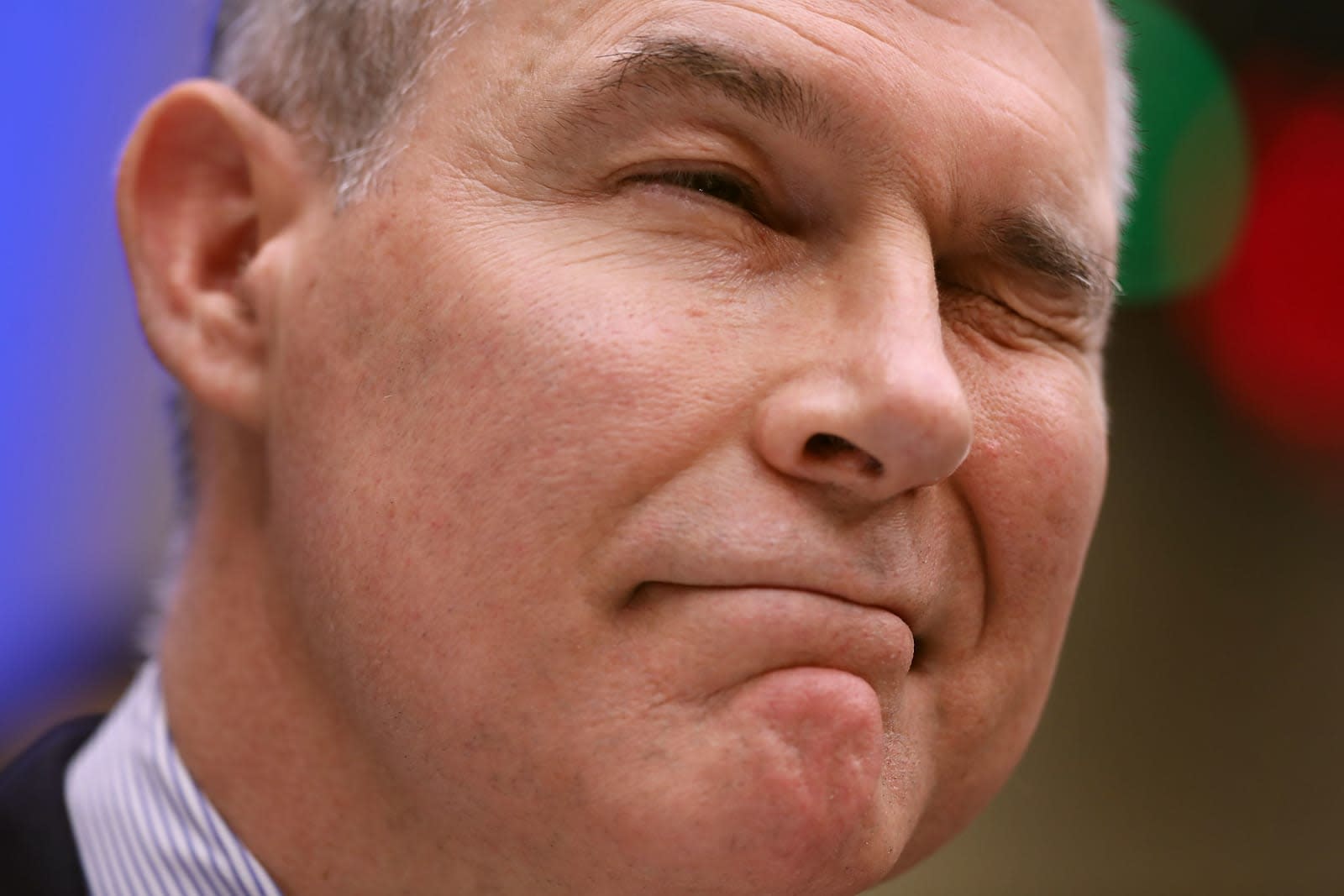 After months of scandal and more than a dozen separate investigations into his lavish spending habits while in office, Scott Pruitt has tendered his resignation as head of the Environmental Protection Agency. President Donald Trump broke the news on Thursday via Twitter.

I have accepted the resignation of Scott Pruitt as the Administrator of the Environmental Protection Agency. Within the Agency Scott has done an outstanding job, and I will always be thankful to him for this. The Senate confirmed Deputy at EPA, Andrew Wheeler, will...

...on Monday assume duties as the acting Administrator of the EPA. I have no doubt that Andy will continue on with our great and lasting EPA agenda. We have made tremendous progress and the future of the EPA is very bright!

Pruitt had only been in the job since February of 2017, however he was almost immediately beset by controversy and scandal once confirmed. He spent $43,000 retrofitting his DC office to include a soundproof booth, another $9,600 on office furniture, $3,000 to have the space swept for bugs and surveillance equipment, and another $1,560 on a dozen custom pens.

He was caught taking a $163,000 first-class, chartered, taxpayer-funded flight to watch last years Wimbeldon tennis tournament, rented an apartment in DC that lists for $4,300 a month for just $50 a night (and only paid for the nights that he actually slept there). Pruitt also attempted to leverage his position to land a cushy job with Chick-Fil-A for his wife and was forced to go before Congress to explain why two of his aides were given massive raises that the White House had not authorized. Pruitt also came under fire for doubling his security detail, a move that cost American tax-payers $3.5 million in the first year alone.

While in office, Pruitt led a concerted effort to dismantle environmental air and water regulations put in place during the Obama administration. He fought to roll back aggressive automotive efficiency regulations spearheaded by California, for which 17 states have now sued, and even tried to reverse the ban on ozone-depleting HFCs.

With Pruitt out, deputy EPA head Andrew Wheeler, a former coal lobbyist, will take the agency's helm. He reportedly shares Pruitt's zeal for deregulation. However, regardless of who is currently heading the agency, the lawsuits brought by various states against it are still in effect.

"No matter who leads the EPA, my office will continue to hold the agency accountable," New York Attorney General Barbara D. Underwood said in a press statement. "As we have proven again and again, when the EPA threatens New Yorkers' health and environment, we will take the agency to court – and we will win."

In this article: breaking news, epa, green, politics, scottpruitt, tomorrow, trump
All products recommended by Engadget are selected by our editorial team, independent of our parent company. Some of our stories include affiliate links. If you buy something through one of these links, we may earn an affiliate commission.