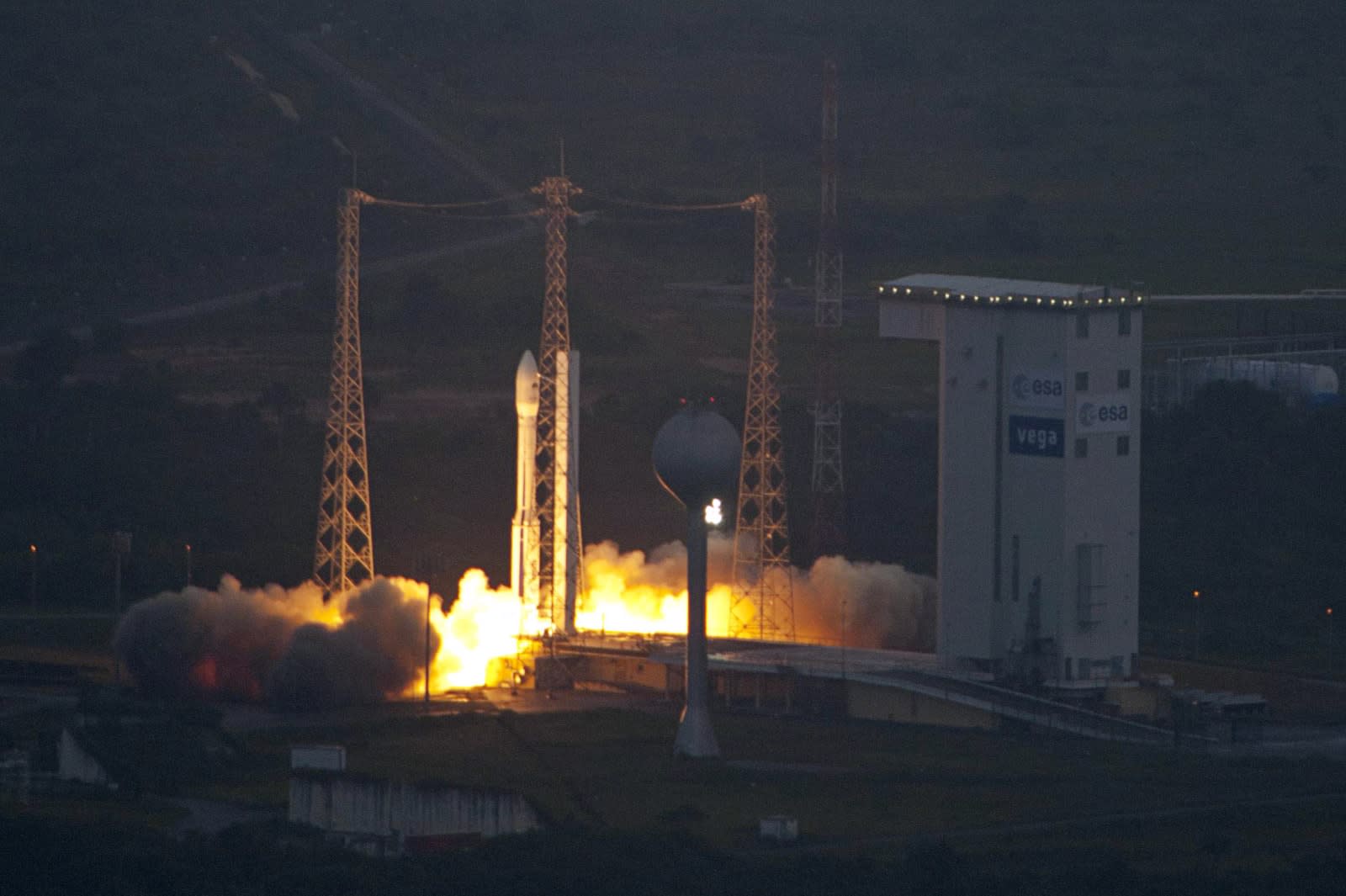 This week, the European Space Agency (ESA) will perform a hot fire test on the P120C rocket engine. It is the largest-ever solid rocket motor ever built in one piece. The ESA plans to use it on the Vega rocket, replacing the current first stage booster, as well as the upcoming Ariane 6, scheduled to launch in 2020. The P120C uses solid rocket fuel, like the Space Shuttle boosters and NASA's upcoming (and long-delayed) Space Launch System. The advantage to solid rocket fuel is that it's relatively stable in its final form, unlike the volatility of SpaceX's liquid oxygen fuel.

Engineers have already had the chance to work with a full-scale model of the first stage, which allowed them to run tests with inert propellant. The static fire test, also known as a hot fire or hold-down test, is the next step. The rocket motor will be held down onto the pad, while the engine is fired at full thrust. It provides the opportunity to make sure everything works as expected and to correct any anomalies that might otherwise only surface during the first launch of the P120C.

In this article: ariane6, esa, rocket, space, staticfire, tomorrow, vega
All products recommended by Engadget are selected by our editorial team, independent of our parent company. Some of our stories include affiliate links. If you buy something through one of these links, we may earn an affiliate commission.