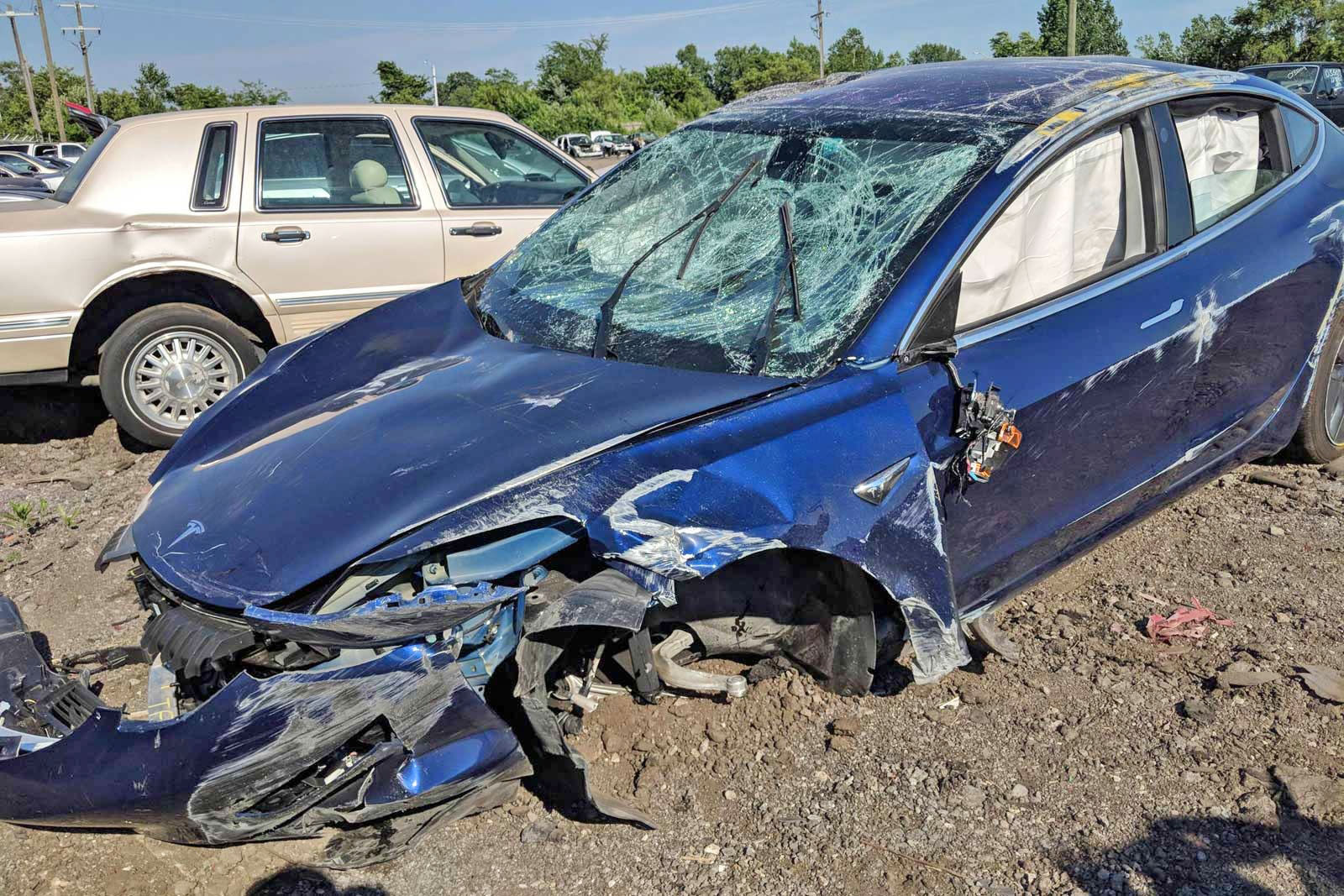 While Tesla's Model 3 should be a safe car (this isn't the company's first try), it's hard not to feel nervous. Without official crash test results, how do you know how resilient it really is? Apparently, it's tougher than you might think. Reddit user StapleGun has recounted what might be the first rollover crash of a Model 3, and the new EV appears to have done a decent job protecting its lone occupant in what many would consider a nightmare scenario.

The Model 3 tumbled several times after colliding with a vehicle in the middle lane, sending it into a cement barrier that tore off a front wheel and knocked the normally stable machine (courtesy of batteries in the floor) off-balance. Despite the violence of the crash and the Model 3's glass roof, the cabin was "completely intact" and prevented any serious injuries. StapleGun's wife emerged with a compression fracture, bruising and a friction burn from an airbag.

This isn't absolute proof of the car's durability, and it's important to stress that independent authorities like the US' IIHS have yet to issue a more authoritative verdict on crash performance. This certainly doesn't erase Tesla's other safety concerns, such as the trustworthiness of Autopilot and the potential for battery fires in certain circumstances. However, it does suggest that the Model 3's design is at least solid, and that Tesla didn't sacrifice safety in its scramble to meet production goals.

In this article: crash, electriccar, electricvehicle, ev, gear, model3, tesla, transportation
All products recommended by Engadget are selected by our editorial team, independent of our parent company. Some of our stories include affiliate links. If you buy something through one of these links, we may earn an affiliate commission.