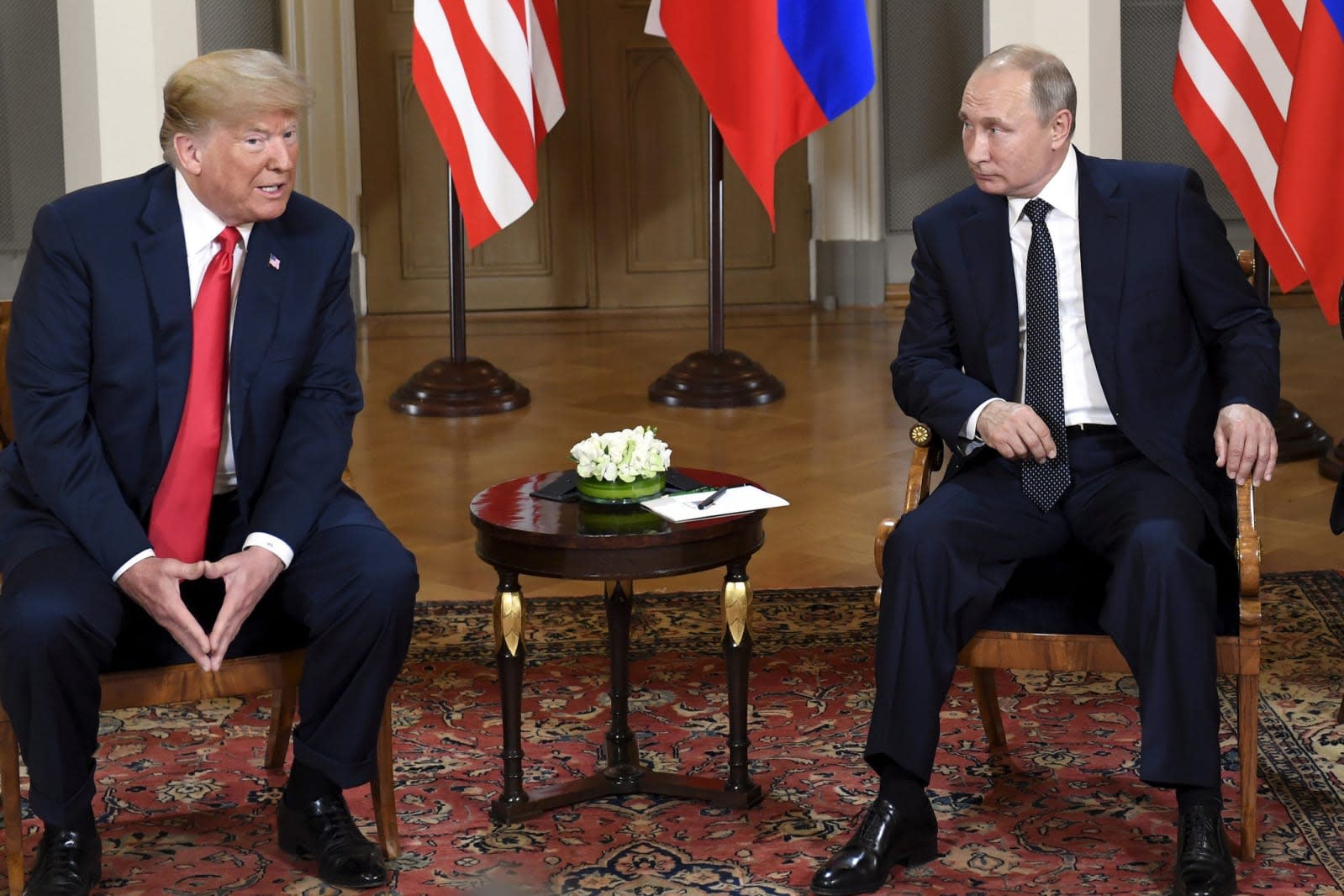 President Trump is still dealing with the repercussions of appearing to agree with Vladimir Putin that Russia didn't interfere with the 2016 US election (and the subsequent attempted walk back of this statement), but that isn't stopping him from further controversial statements on cybersecurity. In a cabinet meeting, Trump told a reporter that Russia was no longer "targeting" the US with cyberattacks. The claim strains credulity, to put it mildly -- it contradicts both his previous remarks and the findings of intelligence agencies.

To start, Trump told members of Congress in a July 17th meeting that the US was reportedly "doing everything in [its] power to prevent Russian interference in 2018." If cyberattacks weren't a real possibility, why show concern about Russian meddling just a day earlier? Director of National Intelligence Dan Coats also stressed in a July 16th statement that Russia was conducting "ongoing, pervasive efforts" to undermine the US, indicating a continued threat.

It's certainly an unusual statement to make in light of dozens of indictments (some made just before Trump's meeting with Putin) against Russian intelligence officers and Russia-linked individuals for attempting to interfere with the 2016 election through everything from ad campaigns to hacking electoral systems. And that's not even including the reams of evidence of ongoing cyberattacks against the West, including Twitter bots as well as hacks targeting the Olympics and chemical warfare prevention labs. There's simply no good reason to believe Russia has changed its ways ahead of the US mid-term elections, regardless of what Trump says.

In this article: cyberattack, gear, internet, politics, presidenttrump, russia, security, trump
All products recommended by Engadget are selected by our editorial team, independent of our parent company. Some of our stories include affiliate links. If you buy something through one of these links, we may earn an affiliate commission.
Share
Tweet
Share