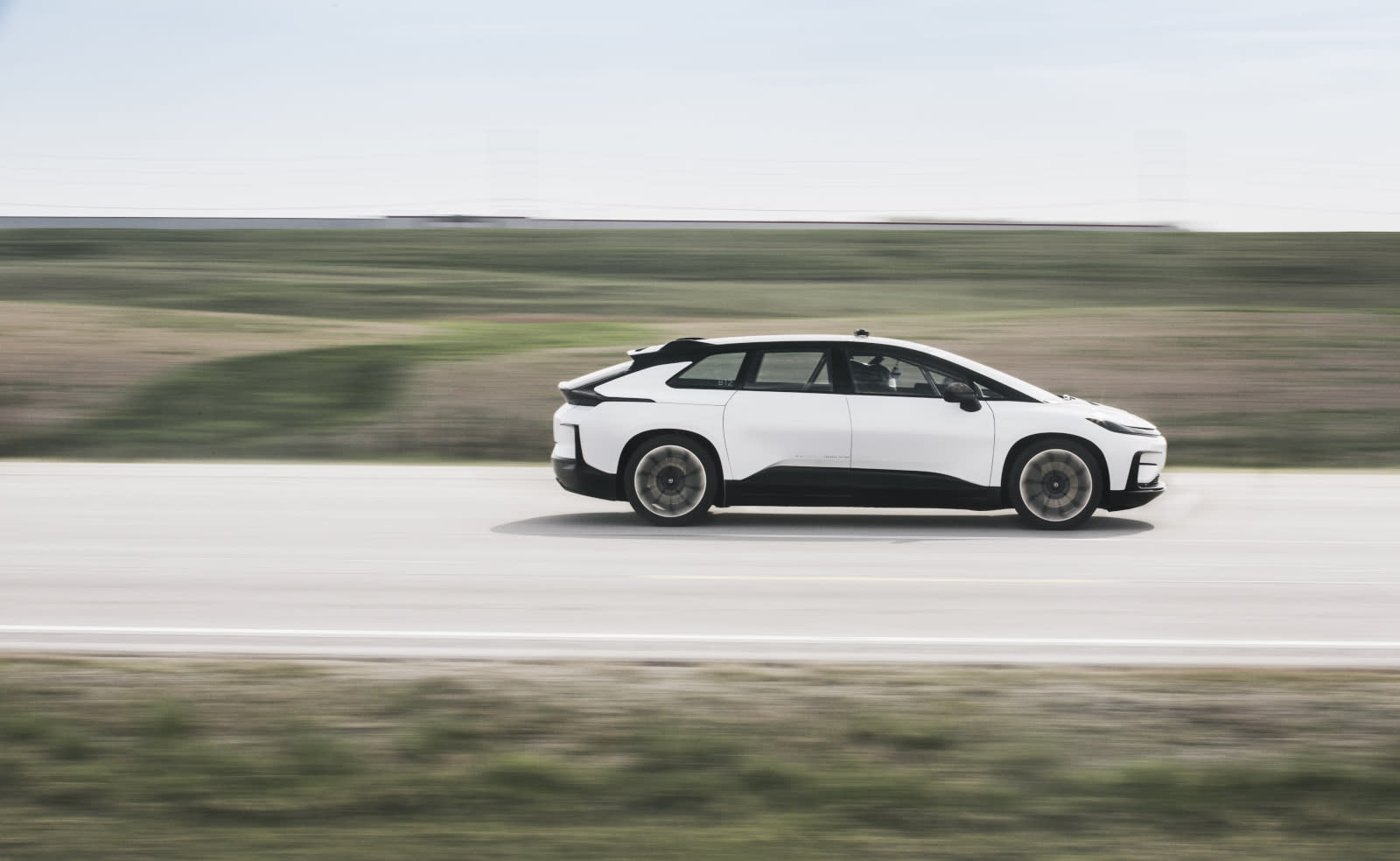 Faraday Future hasn't given up on the FF 91 despite going through a financial crisis and losing executives along the way. Now, a few months after a Hong Kong investor reportedly threw the startup a $1.5 billion lifeline, it has dropped a new video showing the tests it recently conducted to validate the luxury EV's battery, thermal and powertrain controls. The company's engineers staged what they call the "Autobahn drive cycle" and "Operation 120 mph" tests, which are critical to the FF 91's engineering process. Chou Yeh, Faraday's Senior Manager of Powertrain and Thermal Controls, said the tests will help "eliminate issues before they arise and [continue] to add value to the vehicle during the final stages of verification."

While the engineers call the first trial the Autobahn test, they didn't actually conduct it in a German expressway. Instead, the FF 91 sped down the test track in Ohio at 155 mph for 3 minutes, followed by 75 mph for 2 minutes. The driver repeated the cycle thrice for a total of 15 minutes. After that, they subjected the EV to a 55-minute test drive at a constant speed of 120 mph, monitoring the batteries' thermal temperature and making sure the motors and inverters are getting adequate cooling from start to finish.

The company said it's pleased with the tests' results and that the initial data "looked really promising." Its engineers believe they could go even further -- if they want to release the car later this year, we'll likely see more videos like these in the near future.

In this article: autobahn, faradayfuture, ff91, gear, testing, tests, transportation
All products recommended by Engadget are selected by our editorial team, independent of our parent company. Some of our stories include affiliate links. If you buy something through one of these links, we may earn an affiliate commission.