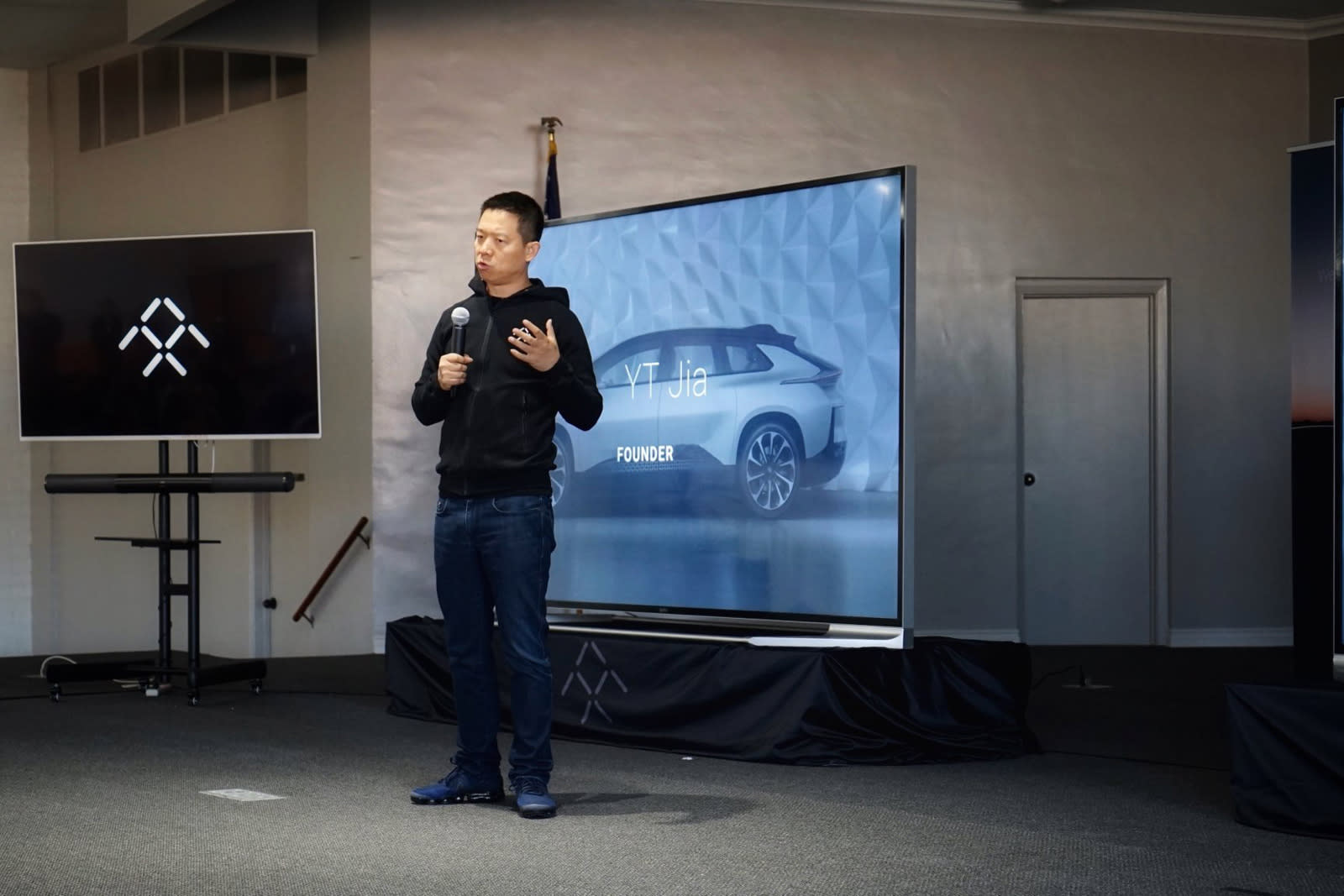 To say Faraday Future has had a rough time would be an understatement between its financial crisis, executive exodus and CEO troubles. However, things might be looking up for the electric car maker. A Business Insider source has claimed that an unnamed Hong Kong backer has promised a $1.5 billion investment, $550 million of which is "already in the bank." That only goes so far with an automaker, but it's reportedly enough to speed up development of the FF91 and get it on the market by the end of 2018.

Accordingly, the company's Hanford, California factory should soon be on track. Work on it is believed to be starting in "30 to 60 days," with production underway by December. The company's second car, the FF81, is now expected to get an unveiling at a showcase in Beijing.

We've asked Faraday Future for comment, although it's no secret that it has been holding a global supplier summit to reassure partners. If there was any time to disclose funding and outline the company's roadmap, it's now. The question is whether or not Faraday can make good on these updated plans, provided they're accurate. They suggest the company is on the mend, but it has a history of making promises it later has to reconsider -- the only firm proof will come when finished cars leave the factory.

In this article: electriccar, electricvehicle, ev, faradayfuture, ff81, ff91, gear, jiayueting, transportation
All products recommended by Engadget are selected by our editorial team, independent of our parent company. Some of our stories include affiliate links. If you buy something through one of these links, we may earn an affiliate commission.