Some German Tesla owners are facing a surprise €4,000 bill for purchasing their Model S cars, thanks to a confusing ruling by Germany's Federal Office for Economic Affairs and Export Control. In a bid to push EVs and plug-in hybrids in the country, Germany offers a €4,000 subsidy for electric vehicles with a base price under €60,000 (half of the subsidy comes from the government, the other half from the automaker itself).

While the Model S has a base price low enough to qualify, it was previously removed from the approved vehicles list when the government came to believe the base model wasn't actually available in Germany. Tesla could only prove this model was available to German buyers from March 6th, so anyone purchasing the car prior to this date was -- according to the government -- erroneously in receipt of the subsidy, and must now pay it back.

The decision affects around 800 Model S owners, but Tesla is stepping in to help. In a statement, the company said that "the arbitrary decision to temporarily remove Tesla from the list of vehicles eligible for the Environmental Bonus (Umweltbonus) was unjustified, contrary to the stated goals of the program, and unfair to our customers."

It says it plans to appeal the government's decision, and "to make sure our customers are not harmed by this decision, we will cover the cost of the bonus for them until the issue is resolved." It also says it won't ask for its half of the payment to be returned. The issue could end up lumping Tesla with a bill of €1.7 million (the government's share of the subsidy) -- not a serious sum for a company of its size but certainly enough to get their accountants in a sweat, so it'll no doubt push for a quick resolution.

In this article: business, EV, Germnay, government, green, ModelS, subsidy, Tesla, tomorrow, transportation
All products recommended by Engadget are selected by our editorial team, independent of our parent company. Some of our stories include affiliate links. If you buy something through one of these links, we may earn an affiliate commission. 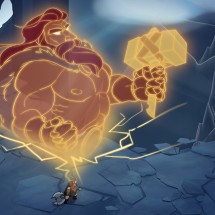