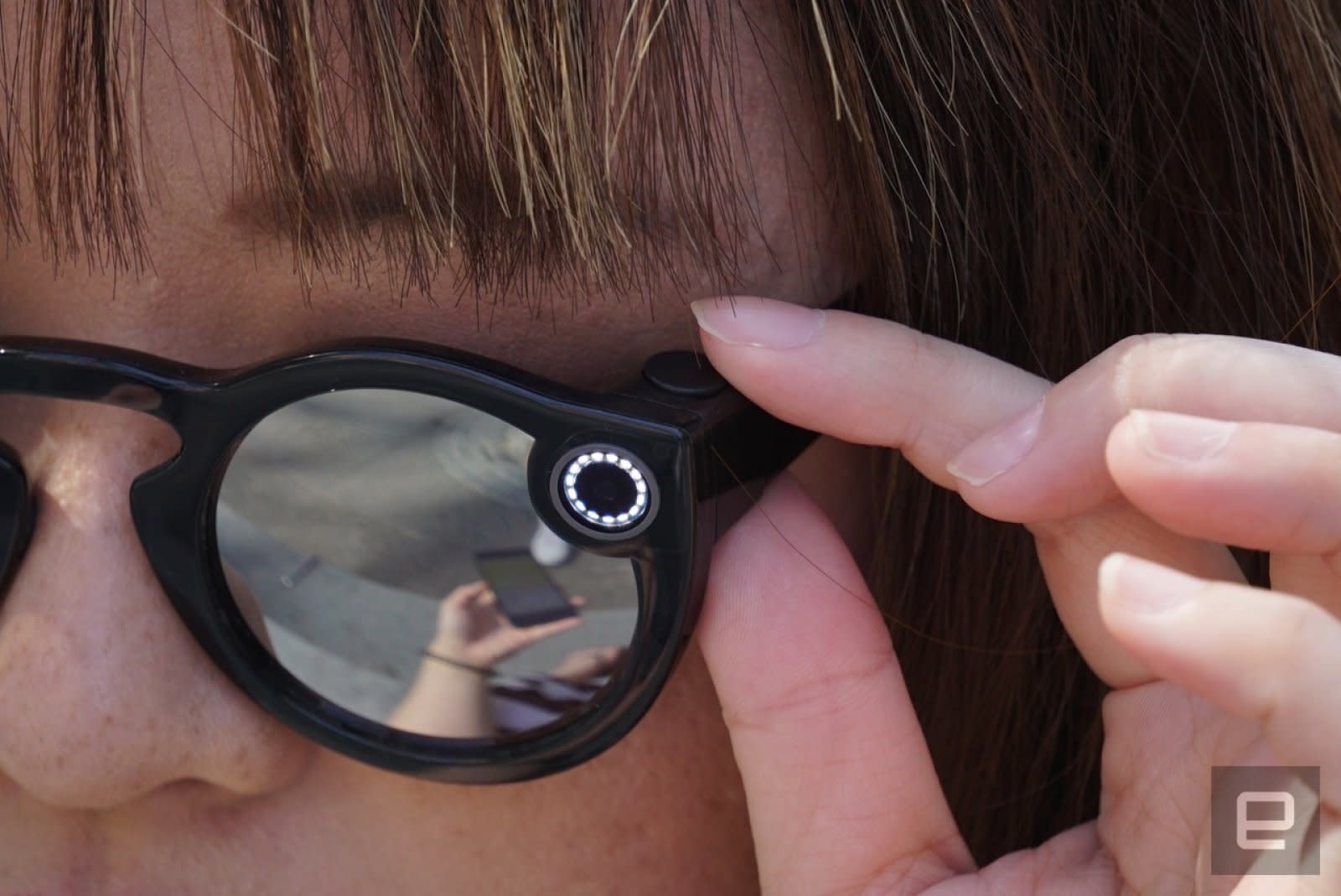 The head of Snap Lab, the hardware team behind Snap's camera-equipped Spectacles, has recently left the company following a restructuring that affects his division. Cheddar got its hands on the internal email Mark Randall sent, wherein he revealed that the company decided to "realign the team as a distinct group under Snap's SVP of Engineering, Jerry Hunter." Snap Lab was created to be a separate entity from the rest of the company's engineering organization, and this shakeup could mean Snap's hardware plans aren't headed in the same direction as it originally envisioned.

Randall used to be Snap's VP of Operations until he took on the newly created role back in 2017, around a year after the company released the first version of its eyewear. The hardware lab released Spectacles 2 under his leadership back in May, and while the new version fixed a lot of the old one's issues, it's not entirely clear if it's doing better than its predecessor. Snap said it moved more than 150,000 first-gen units by the end of 2017, but it also took a $40 million loss due to hundreds of thousands of unsold devices. As Cheddar notes, though, Snap sees Spectacles as a core element to its augmented reality efforts, so it's probably not giving up that easily. It's also believed that the team is working on other projects, including a camera-equipped drone.

When Snap Lab was first established, it made sense for our group to be completely separate from the rest of Snap's engineering organization. But from our customers' perspective, these separations will become less and less distinct over time -- as the pillars of Snapchat, Lens Studio, and Spectacles continue to converge. As a result, we've decided to realign the team as a distinct group under Snap's SVP of Engineering, Jerry Hunter.

To best facilitate this transition, I also made the decision that now was the right time for me to leave Snap and focus on growing my own company. Sahil Sharma, VP Hardware Development, will serve as acting lead. The rest of our organizational structure remains the same, and Jerry, Sahil and I are all committed to making sure this is smooth and seamless for all of you.

We will be holding an All Hands tomorrow (7/10) at noon in the Grotto area of 606 (calendar invite to follow + questionnaire form), to share more and answer any questions that you may have.

While this may feel sudden, please know we have been carefully discussing these decisions at the senior leadership level for several months. I'm confident that this is the right next step -- both for me and for this team. The potential here within this group is huge and the world will be so excited over the next decade to see all of your amazing creations. :)

For my own next steps, I'll be focusing on growing my own company, where I'll be advising young, private companies, participating in early-stage investing and working on other passion projects.

It has been an absolute privilege working alongside this team. I've learned an incredible amount, and it has been a truly awesome experience. Please feel free to contact me anytime and I will always be more than happy to assist any of you with anything I can.

In this article: gear, snap, snapchat, spectacles, wearables
All products recommended by Engadget are selected by our editorial team, independent of our parent company. Some of our stories include affiliate links. If you buy something through one of these links, we may earn an affiliate commission.