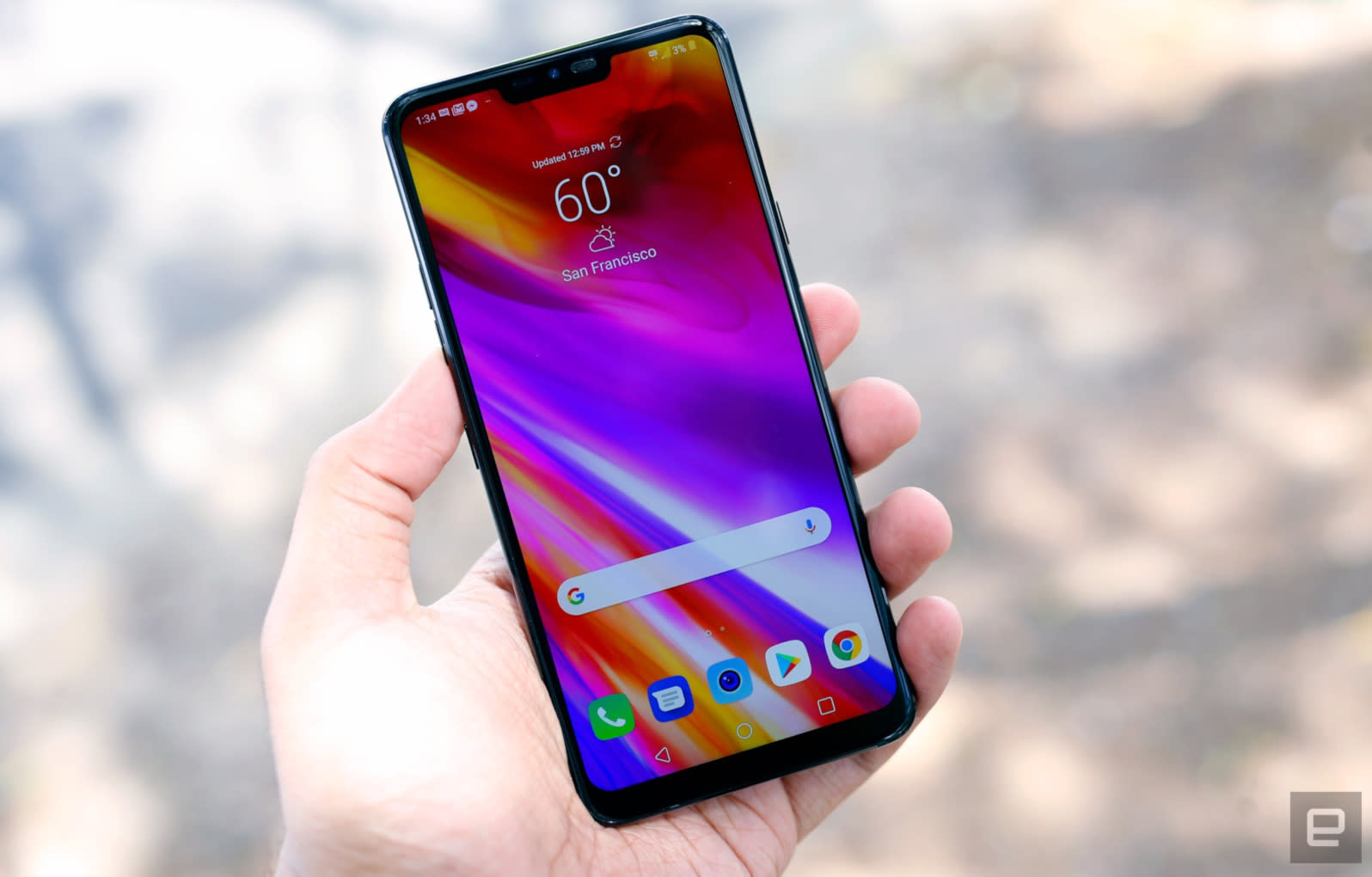 LG's phone division is still tanking, despite the tech giant's massive shift in mobile strategy. Based on the Korean company's earnings report for April to June this year, its mobile arm suffered another major blow after recording an operating loss of 185.4 billion Korean won (US$ 171.95 million). While it's not the division's worst period -- it was losing between $200 to $400 million almost every three months last year -- this is the fifth straight quarter is has hemorrhaged money.

The company blamed the division's continued loss and sales decline to the slowing growth of the global smartphone market and the increase in marketing costs associated with launching flagship devices. LG released the G7 ThinQ and the V35 ThinQ in May, if you'll recall, and it had pinned its hopes on the devices, especially since it will no longer release a phone every year because its rivals do. The company announced back in January that going forward, it will only debut a new phone when it feels like it should. LG chief Jo Seong-jin even had the G7 ThinQ redesigned a month before it was supposed to debut in an effort to make it better than it originally was.

Unfortunately, the plan LG came up with to survive the stagnating phone market clearly isn't working as intended. It sounds like the company is spending more than usual to advertise its flagships and isn't seeing a difference -- the mobile division even lost more this quarter than it did in the first three months of 2018 and posted lower sales. LG says it will "further improve its business structure" to help boost its flagships' performance in key markets around the globe, but this quarter's results show that it's going to be a hard slog back to mobile profitability. Its efforts will also likely be hampered by the US-China trade dispute, which could impact the cost of parts and materials for electronics.

LG's other businesses, however, are definitely doing much better than its mobile unit. As a whole, it reported 771 billion Korean won (US$ 715.1 million) in operating profits for Q2 2018, up 16.1 percent from the same period last year, mostly thanks to its strong television sales.

In this article: business, earnings, G7, gear, lg, mobile
All products recommended by Engadget are selected by our editorial team, independent of our parent company. Some of our stories include affiliate links. If you buy something through one of these links, we may earn an affiliate commission.