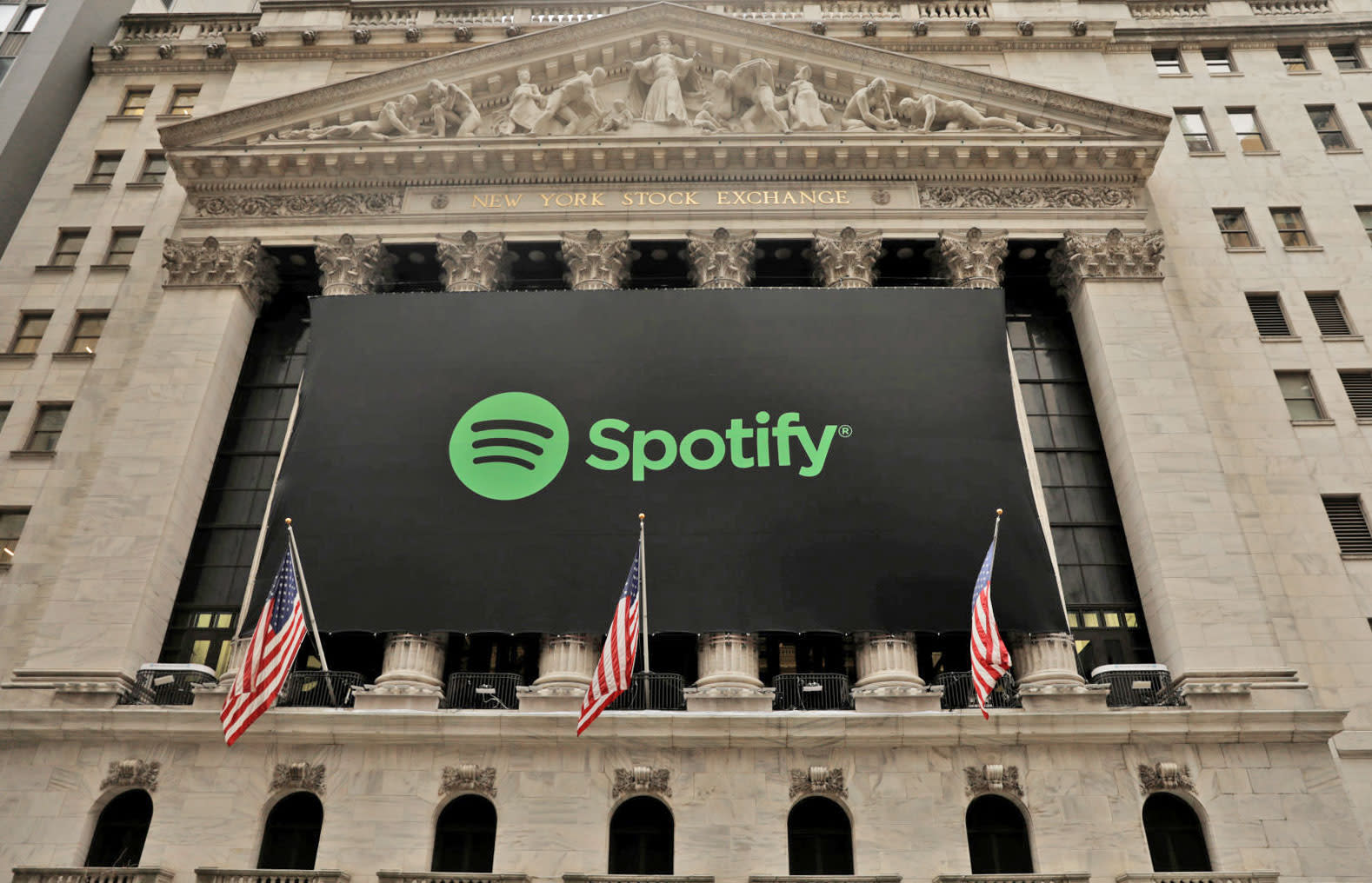 For its second ever earnings report, Spotify said it now has 83 million paid subscribers, up 8 million over its first earnings quarter in May. That's a pretty significant boost, and at the top end of what investors were expecting. A lot of that growth has come via its Family Plan program, and Spotify notes that people signing up for it tend to stick around longer than individual subscribers.

As a result of this growth (30 percent and 40 percent in paid and ad-supported users, respectively), it saw a 12 percent increase in revenue, earning €1.27 billion ($1.45 billion) compared to €1.14 billion last quarter. It's still not actually making an profit, however, running an operating loss of €90 million and net loss of €394 million this time around, over double that of last quarter. That can be chalked up, in part, to bi-annual marketing campaigns that increased revenue, but lowered profits, it said. As before, it's also burdened with heavy royalty payment to artists and labels.

Another thing that helped Spotify boost its subscriber base beside the Family Plan was its $13 Hulu Bundle. Customers that signed on to that promotion were also more loyal, it said. It also recently revamped its free ad-supported service, and said that helped drive big growth on the non-premium side. On its earnings call, Spotify said it was "encouraged" by the bundle and, without being specific, added that users could expect similar offerings in the future.

Family Plan continues to be a primary driver of gross adds and lower churn due to strong retention. We also extended our offer of a Spotify + Hulu bundle to Standard $9.99 Premium subscribers in the US, following the early success of the Spotify Student + Hulu bundle launched last fall.

Ads accounted for a relatively paltry €123 million ($144 million) in revenue, but Spotify hopes Active Media, launched recently in Australia, will help. That service allows non-paying Aussies to skip ads, getting back to their music more quickly. In exchange, Spotify will learn from the interactions to "deliver a more personalized ad experience," it explained.

On the negative side, Spotify notes that it was affected by the new GDPR privacy rules in Europe. That apparently slowed subscriber growth in Europe, where Spotify has its largest customer base (37 percent of total subscribers). However, the streaming company notes that it's now GDPR compliant, and thinks that the user dip will be a one-time thing. Yesterday, Facebook reported that it also lost about a million users thanks to GDPR issues.

Whether the subscription boost is enough to hold off its main rival remains to be seen, but last we checked, Apple Music had about 40 million subscribers, and will have boosted that considerably over the last few months. At this point, Apple may have more users than Spotify in the US, according to recent reports.

In this article: av, Earnings, entertainment, Financials, Premium, Spotify, Streaming, Subscribers
All products recommended by Engadget are selected by our editorial team, independent of our parent company. Some of our stories include affiliate links. If you buy something through one of these links, we may earn an affiliate commission.