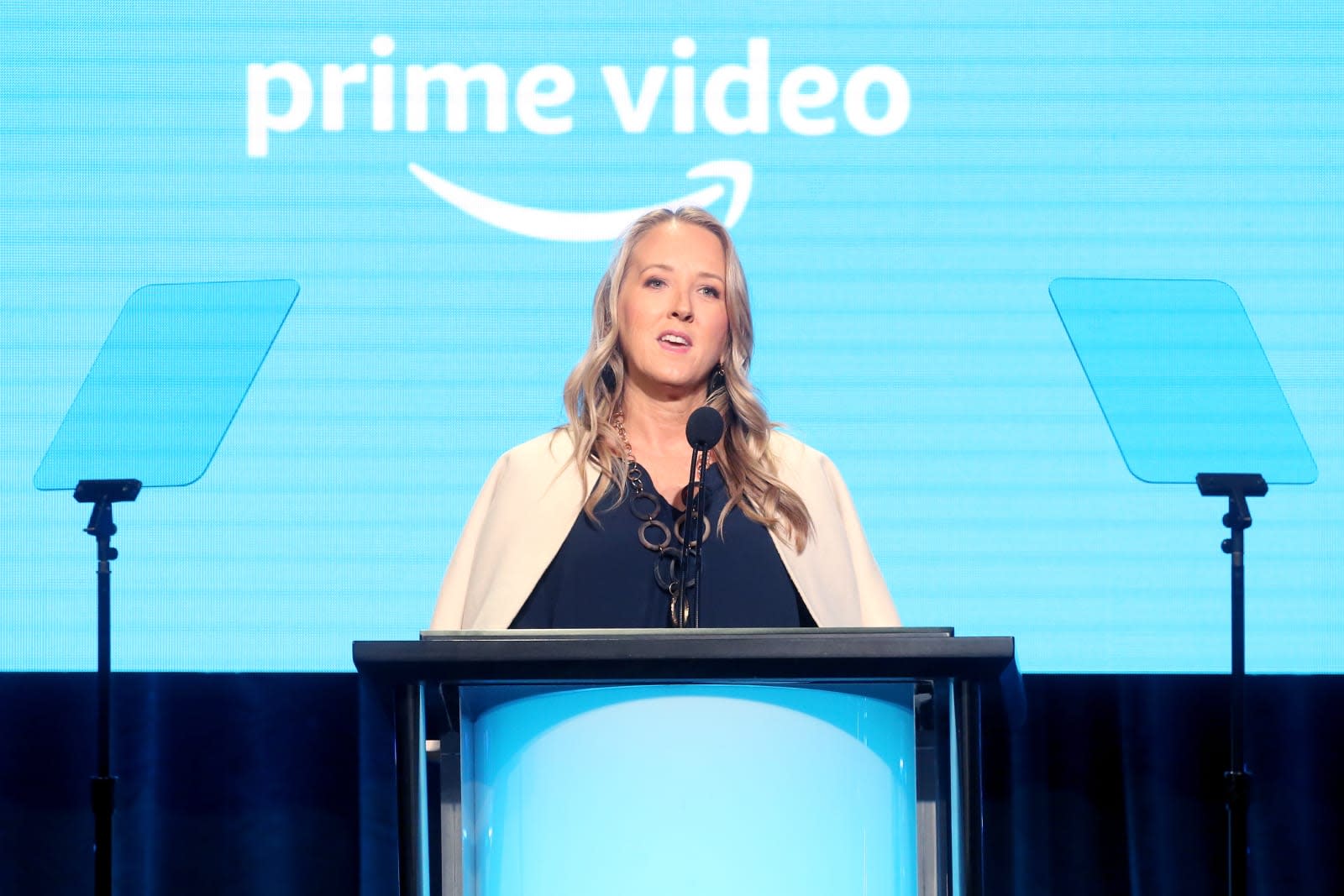 Amazon's Fire Phone was a disaster by most accounts, but that might not stop Bezos and crew from giving handsets another try. In a speech at the Television Critics Association press tour (where Amazon has been very busy), studio head Jennifer Salke said she has the prototype of a future Amazon phone that would reportedly have a better interface for Prime Video. Salke didn't delve into specifics, to no one's surprise, but she claimed it was "much more intuitive" and that you could even see it in her office. Just let us know when you're ready to give a product demo, Jennifer.

The executive didn't know when the device would ship. Don't get your hopes up for an imminent launch, then. You might not want to treat this as definitive proof that a new phone is coming, either. As powerful as Salke is, she's an entertainment exec with little involvement in Amazon's hardware strategy. We've asked Amazon if it can comment.

If there's a handset on the way, it's likely to reflect more than a few lessons learned in the past four years. The Fire Phone's camera-based 3D effects and object detection amounted to little more than gimmicks, and its interface was focused more on selling Amazon products than helping users. Combine that with the high price, mediocre performance and one-carrier exclusivity and there was little reason to buy one unless you were a diehard Amazon fan. Hopefully, any new device would focus more on practical features and competitive hardware.

It's not farfetched to envision Amazon getting back into the smartphone business, though. Prime Video would be just one of the potential hooks -- a smartphone could be the key to putting Alexa in your pocket. You can already buy third-party phones with Alexa, but this could integrate the voice assistant on a deeper level. Not that Amazon would have an easy time of it. If this device ran on Amazon's in-house Android variant, you could forget about YouTube, other Google apps and much of what's in the Play Store. Amazon would either have to use a Google-approved Android variant with relatively little customization (such as what you see on Prime Exclusive phones) or accept that its phone came with significant software limitations.

Update: We've since learned that Salke was referring to the Prime Video app, not a phone. If you've been hoping for a Fire Phone revival, you'll have to keep waiting.

In this article: amazon, android, firephone, gear, internet, jennifersalke, mobile, primevideo, services, smartphone
All products recommended by Engadget are selected by our editorial team, independent of our parent company. Some of our stories include affiliate links. If you buy something through one of these links, we may earn an affiliate commission.