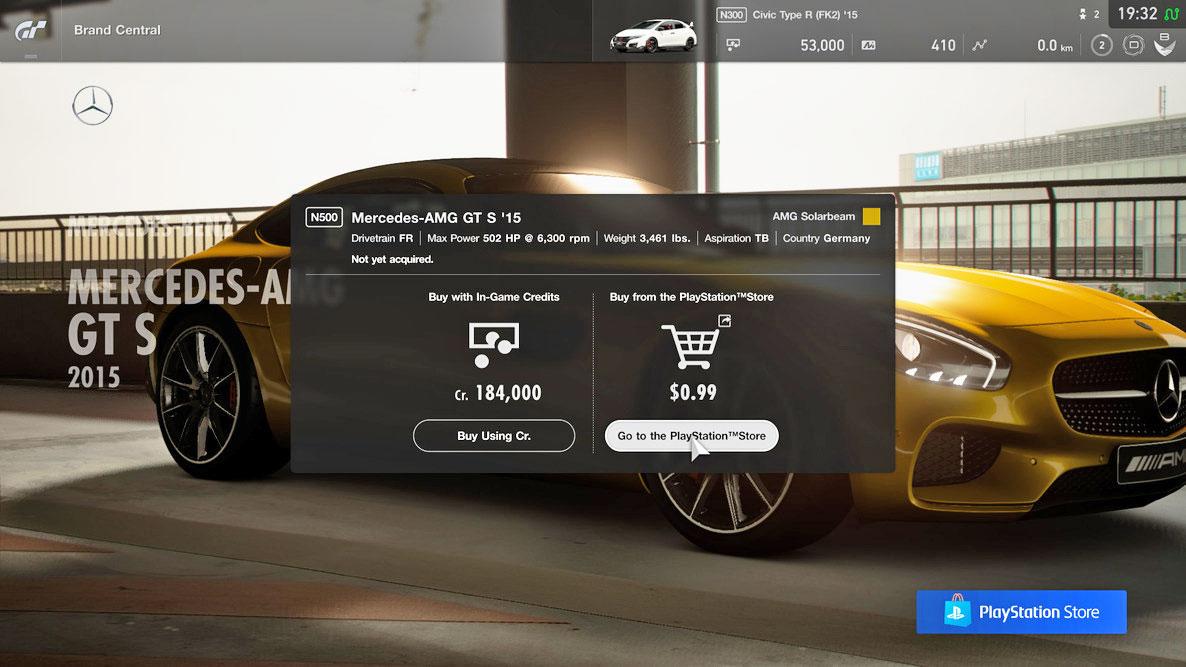 Gran Turismo Sport just released a new patch, and amid gameplay and cosmetic updates, you'll find the option to buy cars with your real hard-earned money. Developer Polyphony Digital is putting more than 200 cars on sale in PS Store and Brand Central despite earlier assurances that the game would not include microtransactions.

However, this isn't a pay-to-win situation, as some may have feared. You can still buy all of these cars with in-game credits, and you can't purchase the top-end vehicles with real money. You'll need to grind your way to the best cars in the game -- only vehicles costing under two million credits are available as DLC. You can buy them today if you're in Asia or the Americas, and starting August 2nd elsewhere.

The big news, though, is the option to buy cars with real money. While it's clear that paying for cars won't give players a massive advantage over the competition, it remains to be seen how the community welcomes the change amid the broader conversation on microtransactions in games.

In this article: av, gaming, granturismo, granturismosport, microtransactions, paytowin, polyphonydigital
All products recommended by Engadget are selected by our editorial team, independent of our parent company. Some of our stories include affiliate links. If you buy something through one of these links, we may earn an affiliate commission.