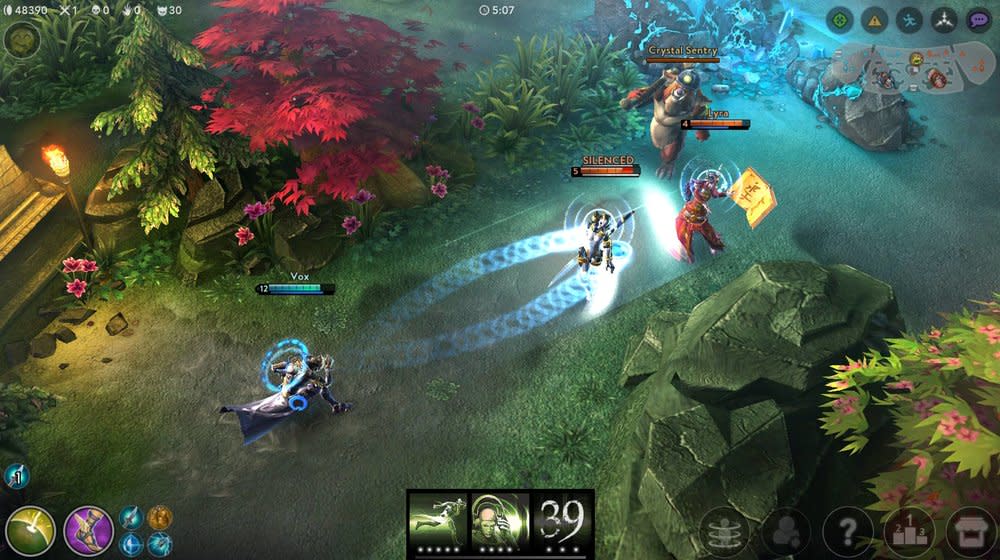 Although it's far more common to see PC games ported to mobile (Hearthstone, The Talos Principle, This War of Mine), that formula is occasionally reversed. Super Evil Megacorp's Vainglory is a case in point -- the high fantasy MOBA is coming to both Mac and PC.

On PC, Dota 2 and League of Legends have a long established reign over the MOBA domain. But rather than immediately establish Vainglory as a direct competitor, Super Evil Megacorp chose to release the title in the less-crowded mobile space -- an ostensibly safer option, which also let them take advantage of Apple's A8 chip and the inherent mobility of touch screen devices. Of course, it was only a matter of time before rival games like mobile-only Arena of Valor -- which boasts a 200 million strong player base in China -- wanted to expand their audiences in the US.

Although Super Evil Megacorp always wanted Vainglory to deliver "a full, uncompromising MOBA experience to the touch-screen generation", the developer says its custom game engine -- the result of over 10 years of blood, sweat and tears -- is helping with the cross-platform transition.

In this article: av, gaming, mac, moba, mobile, multiplayeronlinebattlearena, pc, superevilmegacorp, vainglory, windows
All products recommended by Engadget are selected by our editorial team, independent of our parent company. Some of our stories include affiliate links. If you buy something through one of these links, we may earn an affiliate commission.