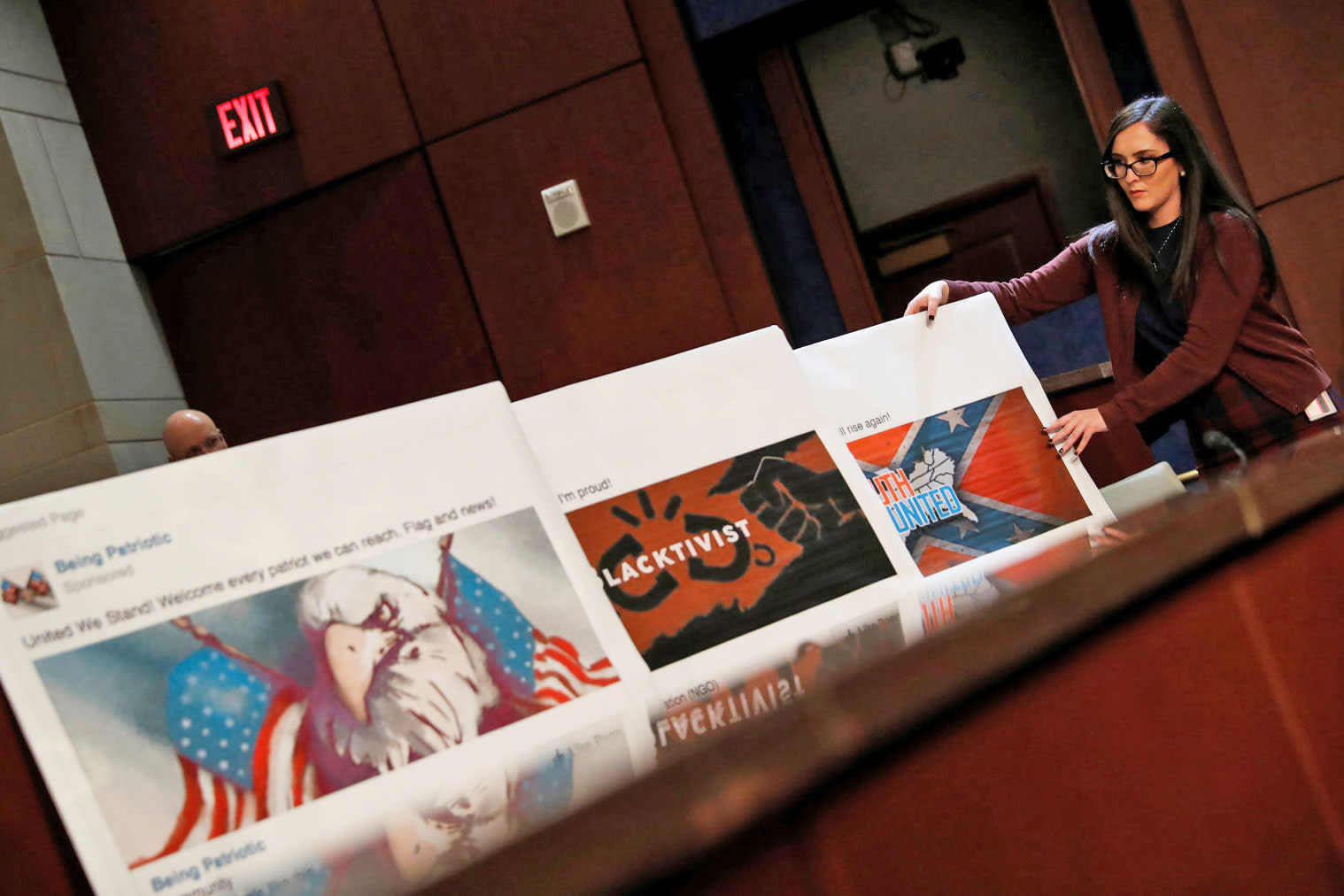 History appears to be repeating itself: Facebook has discovered evidence of a "coordinated" election influence campaign targeting the 2018 US midterm elections. The social network said it had removed 32 bogus Pages and accounts (created between March 2017 and May 2018) from both its main service and Instagram. While it didn't yet know who was responsible for the campaign, the accounts and their ads tried to stoke social tensions in the same way as the Russia-linked ads from 2016 -- and the creators went out of their way to hide their origins.

Where the 2016 campaign could be traced to Russian internet addresses, the latest effort used virtual private networks, internet calling services and even paid third parties to mask the ads' roots. They weren't entirely successful, though, as Facebook found connections between these latest accounts and Russia-associated Internet Research Agency accounts the social site had disabled in 2017. Facebook doesn't have enough evidence to definitively blame Russia for the campaign, but the clues that exist don't leave room for many other culprits.

The focus reach of these campaigns may not have been widespread. The Pages mostly revolved around hot button issues like opposition to the upcoming "Unite the Right" neo-Nazi rally near the White House, black civil rights advocacy and the desire to shut down Immigration and Customs Enforcement. About 290,000 accounts followed at least one of these Pages, but only four of them had significant follower numbers. Both these Pages and the Instagram account had no more than 10 followers, and in some cases no followers at all. They'd also created roughly 30 events, but half had fewer than 100 interested accounts, and the most popular had 4,700 interested. If the perpetrators had expected the campaign to be influential by this point, they'd failed.

Facebook credited the revelations to the steps it had taken to fight fake ads in the past year, such as using a combination of artificial intelligence and human monitoring as well as identification requirements for political ads. The company further cited help from partners like the Atlantic Council, which had spotted a dormant Russia-created Facebook group (since shut down). From an initial glance, these appear to have been effective -- Facebook managed to detect an election interference campaign months before the November vote, and before it could reach a truly large scale.

Even so, it's not exactly comforting. Combined with Russia's attempt to hack a Democratic senator, the findings suggest that election manipulation attempts will be as fierce as ever in 2018. And unfortunately, there may be little attempt to stop it. Tech companies have had little success convincing the White House to take action, while President Trump himself has falsely claimed that Russia stopped launching cyberattacks against the US. It may be solely up to internet giants like Facebook to thwart influence campaigns, and while this latest news is an encouraging sign that they're up to the job, the battle is likely far from over.

In this article: ads, advertising, election, election2018, facebook, gear, instagram, internet, politics, russia, security, socialnetwork, socialnetworking
All products recommended by Engadget are selected by our editorial team, independent of our parent company. Some of our stories include affiliate links. If you buy something through one of these links, we may earn an affiliate commission.