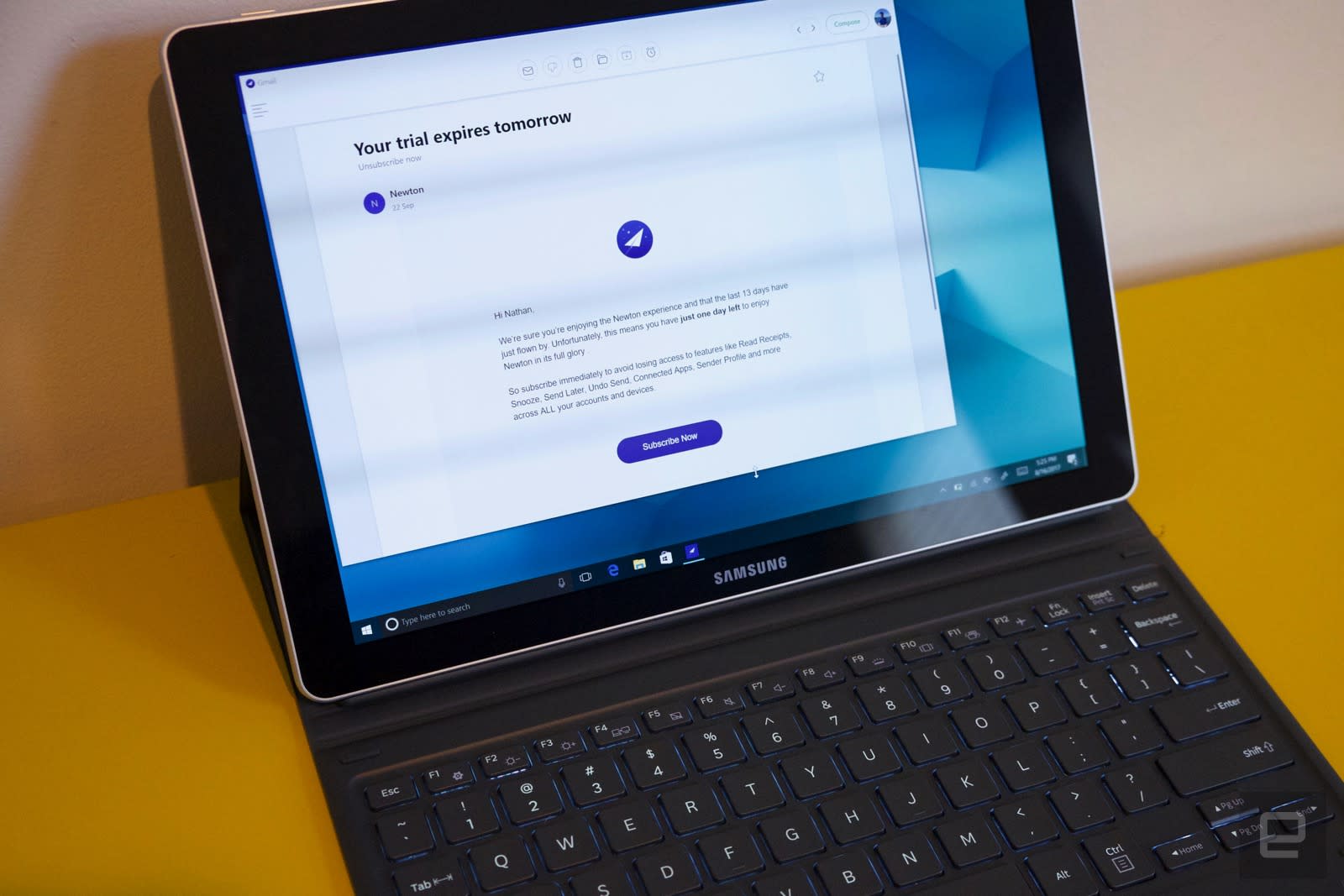 Newton was the rare email app that worked well on mobile, Windows and Mac, but it really did cost too much. Note the past tense: The company announced today that the email service will shut down on September 25th. The service will not renew monthly subscriptions or allow new sign ups immediately and will offer pro-rated refunds for annual subscribers. Its parent company, CloudMagic, will continue to work on "new and innovative projects," according to CEO Rohit Nadhani.

The service originally launched in 2013, then rebranded as Newton in 2016 with a subscription model. For $50 a year, you'd be able to use Newton on iOS, Android, PC and Mac, with features like snoozing and scheduling messages, undo messages, sender profiles, read receipts and a send-later feature. An Apple Watch app allowed you to archive and delete messages right from your wrist. Even as recently as last month, the app got new stuff, like the ability to re-surface emails it thought you should reply to.

Nadhani published a blog post thanking its more than 40,000 paid subscribers, noting that since Newton wasn't VC funded, all those fees helped the company run. He also lays the blame for the decision at the feet of the current market and big companies. "It was hard; the market for premium consumer mail apps is not big enough, and it faces stiff competition from high quality free apps from Google, Microsoft, and Apple," Nadhani wrote. "We put up a hard and honest fight, but it was not enough to overcome the bundling and platform default advantages enjoyed by the large tech companies."

In this article: business, email, gear, internet, newton, shutdown, subscription
All products recommended by Engadget are selected by our editorial team, independent of our parent company. Some of our stories include affiliate links. If you buy something through one of these links, we may earn an affiliate commission.