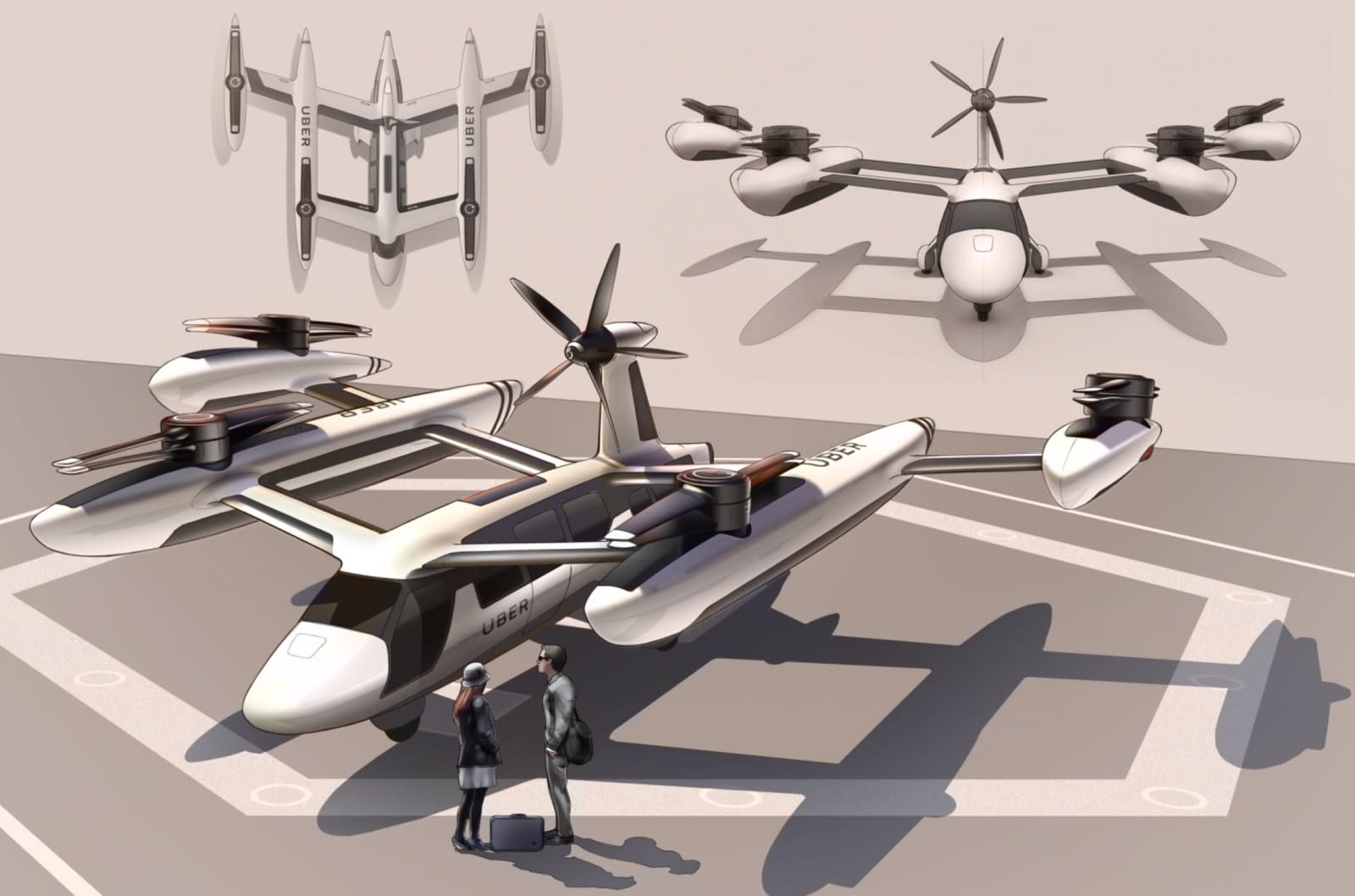 Uber has added the University of Texas at Austin to its list of partners as it tries to turn its flying taxis into a reality. The company is also working with the US Army Research Laboratory on a project to develop rotor technology for the vehicles. Uber wants to start testing UberAIR cabs by 2020 and have commercial service in its launch cities of Dallas-Fort Worth, Los Angeles and Dubai by 2023.

Uber has laid out some demanding specs for the vehicles, especially considering that the cabs have to ferry around up to four human beings. The electric vertical take-off and landing vehicles should have a cruising speed of between 150-200 miles per hour; a range of up to 60 miles on one charge; and a cruising altitude between 1,000 and 2,000 feet. Uber developed those specs alongside NASA and several aerospace companies.

To help Uber hit those benchmarks, a research team from UT's Cockrell School of Engineering will examine the effectiveness and noise levels of a new system in which dual rotors, stacked on top of each other, rotate in the same direction. Initial testing has indicated this may be more efficient than other approaches, and the researchers are looking at how well the rotor system works on one of Uber's reference models. Uber is paying the university around $185,000 for 18 months of work, according to the Austin Business Journal.

In this article: flyingtaxi, flyingtaxis, rotors, tomorrow, transportation, uber, uberair, uberelevate, universityoftexasataustin, usarmy, usarmyresearchlaboratory, utaustin
All products recommended by Engadget are selected by our editorial team, independent of our parent company. Some of our stories include affiliate links. If you buy something through one of these links, we may earn an affiliate commission.