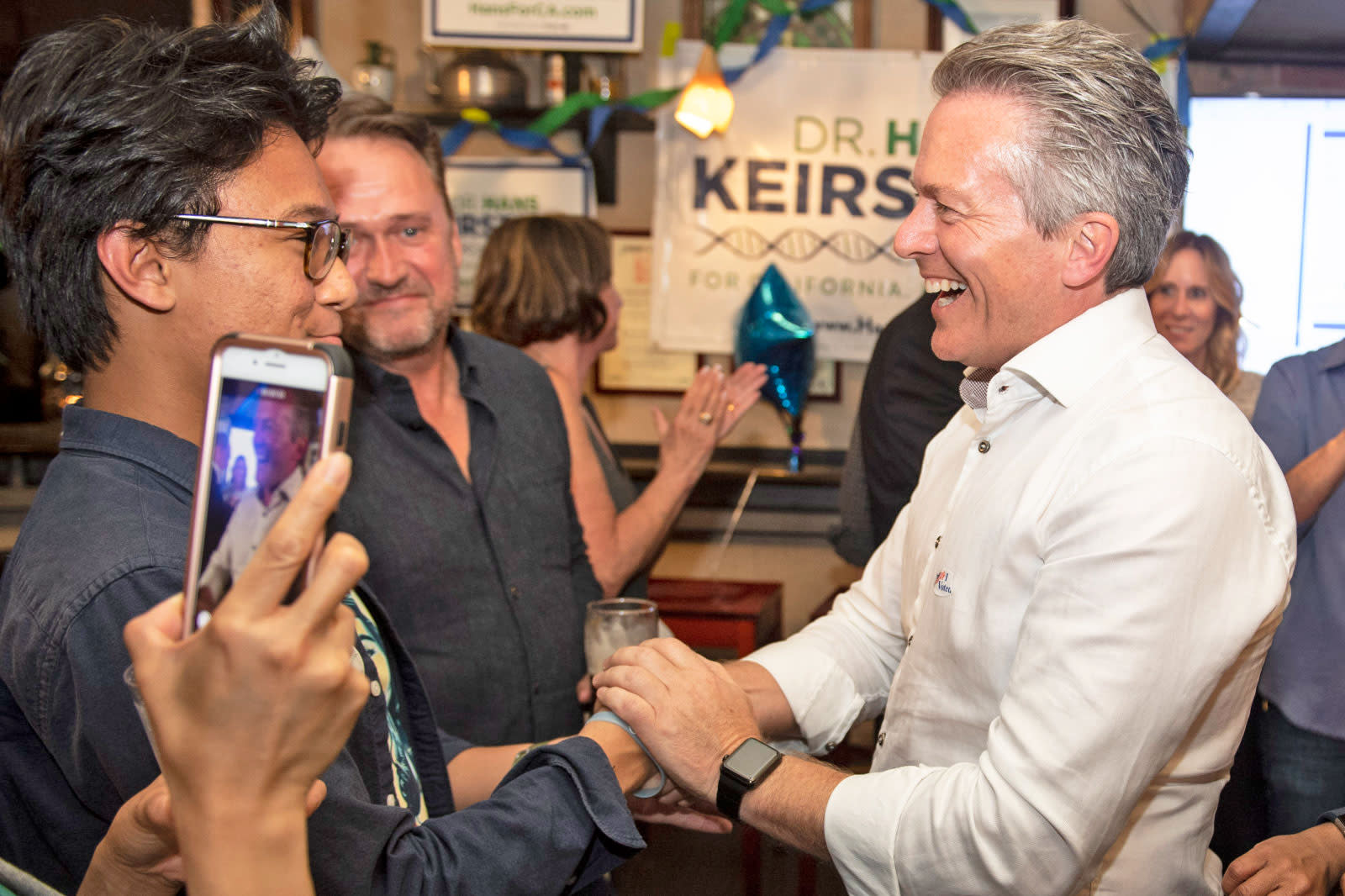 It's not just sitting politicians that have faced cyberattacks ahead of the 2018 midterm elections. Former California congressional primary candidate Dr. Hans Keirstead has reported to Rolling Stone that his campaign faced hacking attempts for roughly a year, starting in August 2017. They began with phishing emails sent to Keirstead's address at his biomedical company in a briefly successful attempt to obtain his login details. By December, the intruders started direct attempts to hack Keirstead's campaign, including over 130,000 "brute force" login attempts, attempts to hijack his Twitter account and short-lived hacks against his company.

It's not clear who launched the attacks or why, although the FBI is investgating. Word of the hacking efforts follows just weeks after Senator Claire McCaskill warned of Russian attempts to compromise her campaign using phishing attempts, however, and days after Senator Bill Nelson said that Russians had compromised Florida's election systems. Rolling Stone noted that House seat incumbent Dana Rohrabacher has been an outspoken opponent of any attempt to sanction Russia for its US election interference, although it's not clear that the intruders were motivated by his pro-Russia stance.

Whoever's responsible, Keirstead's case shows just how wide-ranging election-related hacking attempts have been. It's not just nominated candidates who've had to worry -- it's anyone who stood even a vaguely realistic chance of taking office. This probably won't be the last reported incident between now and November.

In this article: california, cyberattack, election, election2018, government, hanskeirstead, internet, politics, russia, security
All products recommended by Engadget are selected by our editorial team, independent of our parent company. Some of our stories include affiliate links. If you buy something through one of these links, we may earn an affiliate commission.