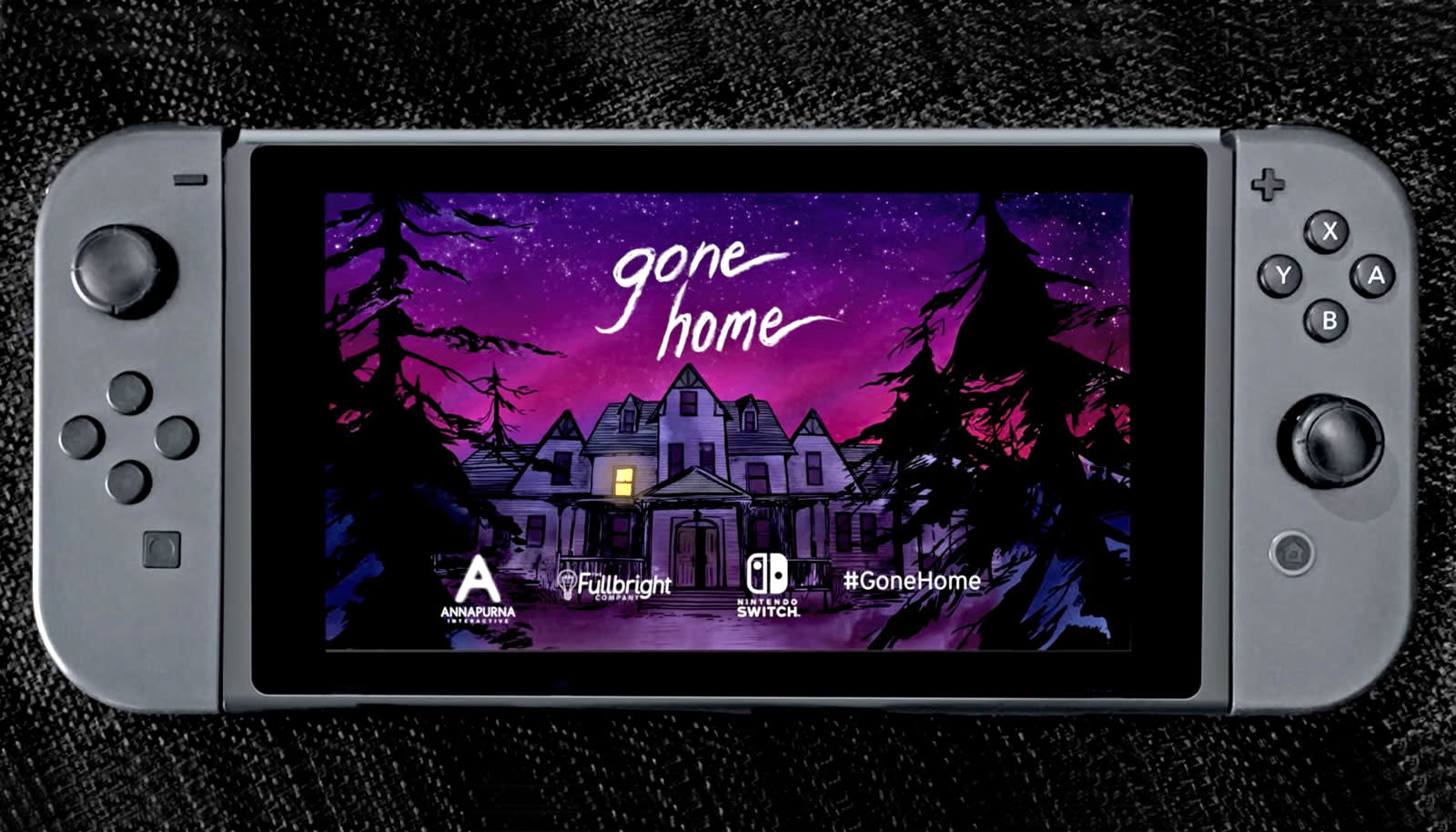 The Nintendo Switch's reputation as a haven for indies got a little more support today. Gone Home, the breakout hit from The Fullbright Company will be released to the Switch's eShop next Thursday, August 23rd. Sure, it's a bit late, having originally been released on PC way back in 2013 and on consoles a few years after that, but like its contemporary Firewatch, this new platform means a new audience. And honestly, it's hard to be mad about that; the more people who play the introspective '90s-set experience, the better.

In this article: av, fullbright, gaming, gonehome, indie, nintendo, port
All products recommended by Engadget are selected by our editorial team, independent of our parent company. Some of our stories include affiliate links. If you buy something through one of these links, we may earn an affiliate commission.