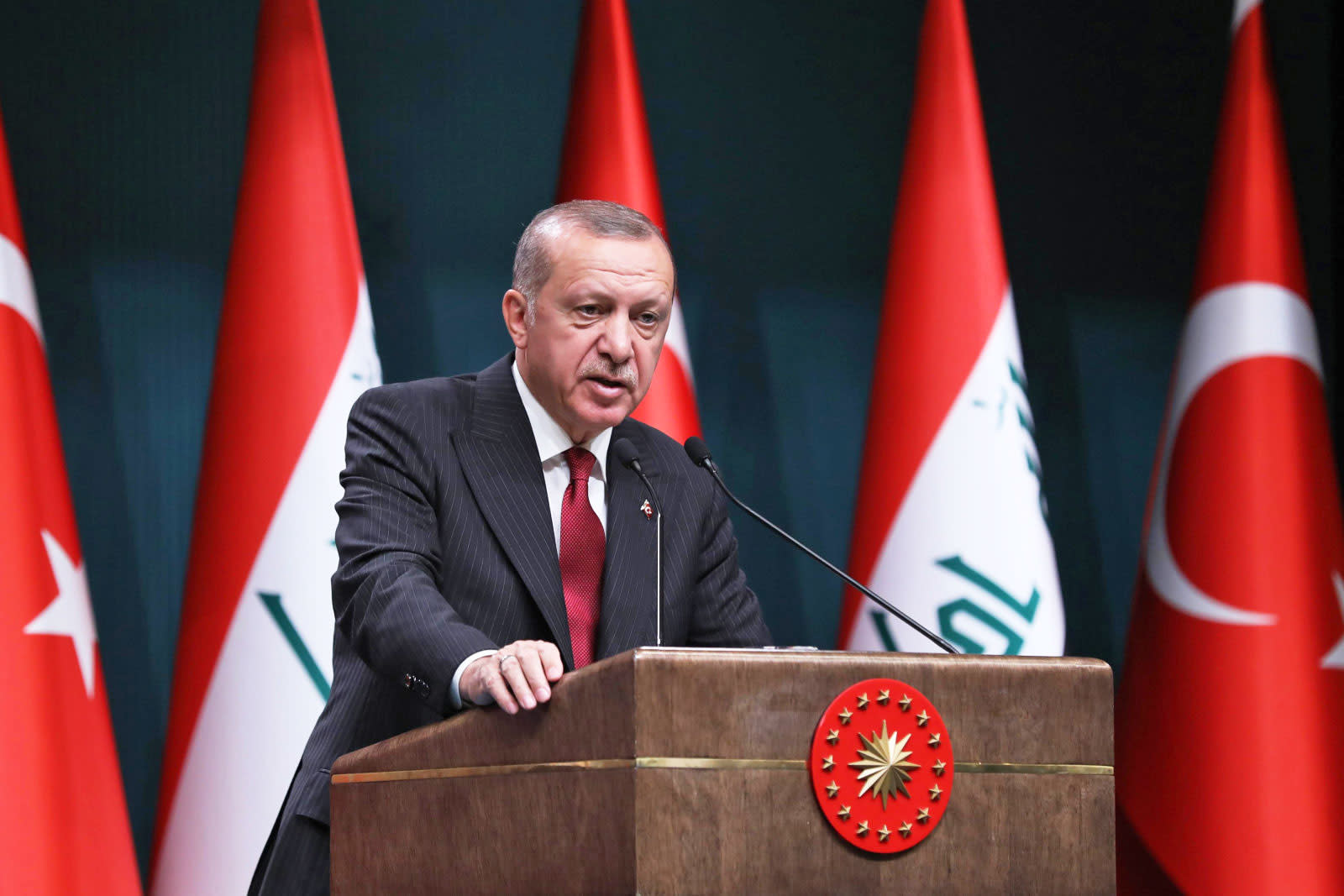 As tensions mount between the US and Turkey, Turkish President Recep Tayyip Erdogan is now calling for the country to boycott US electronics. He even called out the iPhone specifically -- a product he's often seen using. "Every product that we buy in foreign currency from outside, we will produce them here and sell abroad," Erdogan said during a speech given in Ankara, "We will boycott the electronics products of the US." He added, "If they have iPhone, there is Samsung on the other side. And we have our own telephone brands."

The ongoing disputes between the two countries began with the detainment of Andrew Brunson, an American pastor who has been accused of espionage and terrorism. The US has since imposed financial sanctions on two Turkish ministers, leading Turkey to clap back with its own sanctions. And last week, Donald Trump announced that he was looking to double the steel and aluminum tariffs that the US has imposed on Turkey, adding fuel to the fire.

I have just authorized a doubling of Tariffs on Steel and Aluminum with respect to Turkey as their currency, the Turkish Lira, slides rapidly downward against our very strong Dollar! Aluminum will now be 20% and Steel 50%. Our relations with Turkey are not good at this time!

In his speech yesterday, Erdogan said these moves were part of a larger effort to disable the country. "They do not refrain from using the economy as a weapon against us, as they tried in the areas of diplomacy, military or efforts for social and political instability," he said.

In this article: apple, boycott, electronics, erdogan, gadgetry, gadgets, gear, iphone, mobile, politics, tariffs, turkey
All products recommended by Engadget are selected by our editorial team, independent of our parent company. Some of our stories include affiliate links. If you buy something through one of these links, we may earn an affiliate commission.