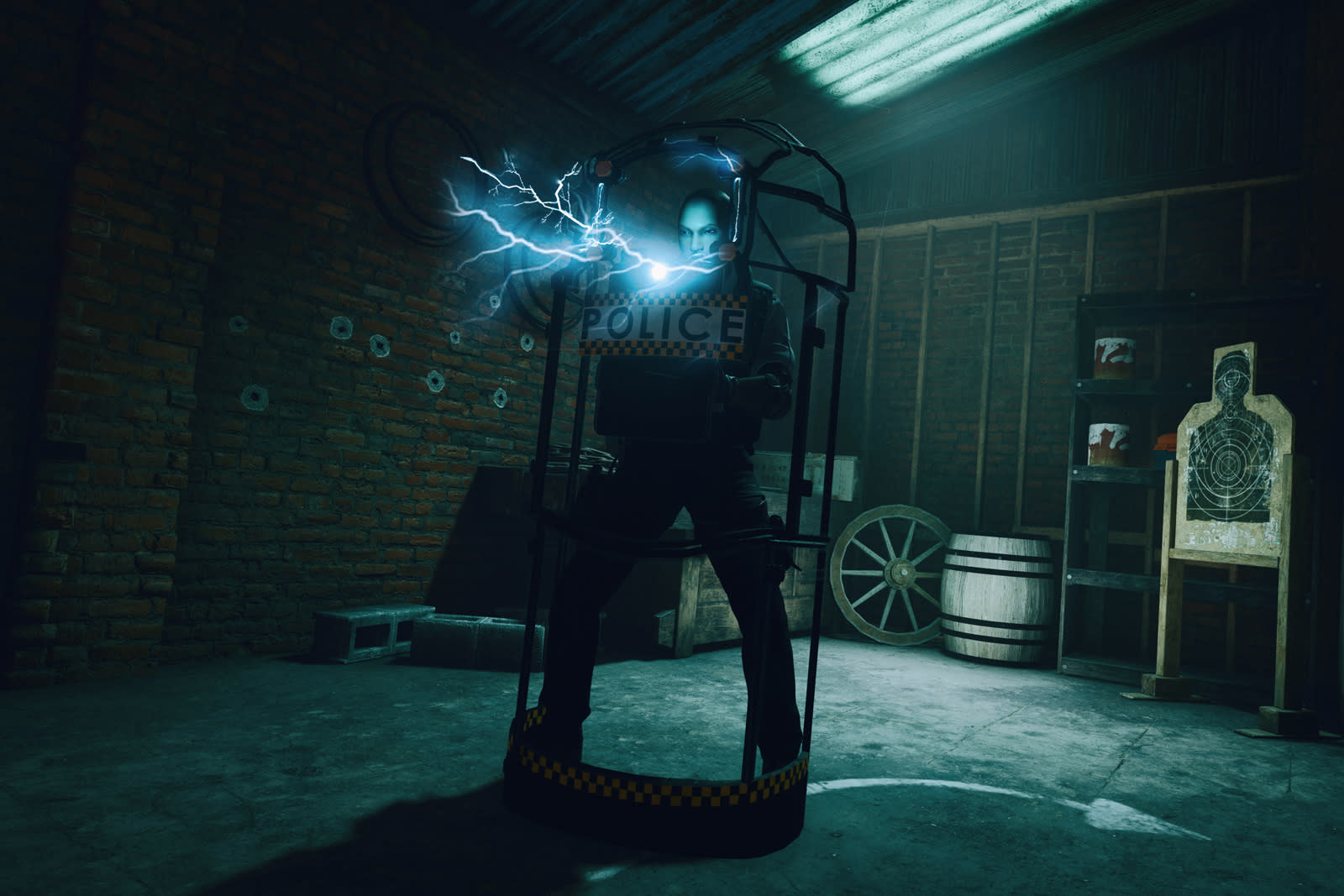 Ubisoft has revealed the full details for Rainbow Six: Siege's upcoming Operation Grim Sky update, and it's clear that this is as much about changing the mechanics of the game itself as it is adding some variety. Both new characters, Clash (above) and Maverick, will introduce gadgets that should force experienced players to rethink their strategies. Clash is the first defender with a shield, and hers includes a built-in taser -- she can slow down and damage anyone who gets relatively close. The attack character Maverick, meanwhile, can use a blowtorch to quietly cut holes in just about anything to take out unsuspecting enemies and disable gadgets. You can't assume that a wall is safe simply because you didn't hear anything.

As for the much-vaunted first complete map rework? From early indications, the revamped Hereford Base really is closer to a new map than a spruced up version of a familiar place. You'll likely have to throw out any patterns and tactics you memorized from the original version. And that's really the point of Grim Sky, it appears -- Ubisoft wants to unsettle players who might be overly comfortable with Siege's experience three years after launch.

The update will be available first to PC players on August 20th, when it reaches the Test Server. When it's completely ready, it will initially be limited to season pass holders on all platforms. Everyone else will get their shot at the update a week later.

In this article: av, games, gaming, operationgrimsky, personal computing, personalcomputing, ps4, rainbowsix, rainbowsixsiege, siege, ubisoft, video, videogames, windows, xboxone
All products recommended by Engadget are selected by our editorial team, independent of our parent company. Some of our stories include affiliate links. If you buy something through one of these links, we may earn an affiliate commission.